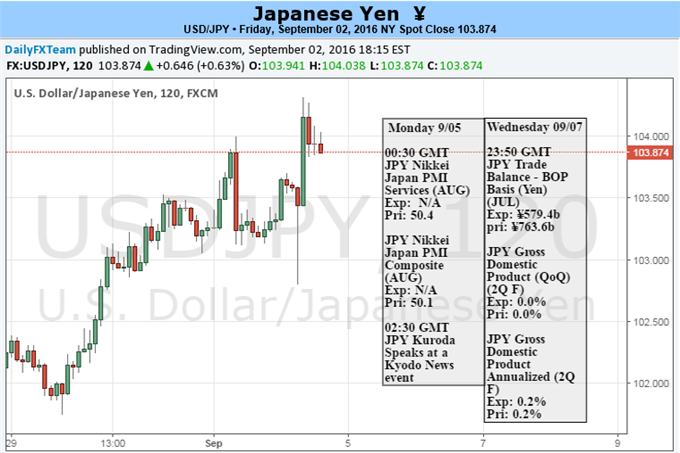 The Japanese Yen finished last week lower against the majority of G10 FX as traders anticipate the dual Central Bank meeting of Federal Reserve and the BoJ on September. A quick glance at 1-month implied volatilities, which covers the central bank meetings, show anticipation of the BoJ possible weakening the JPY through new easing or the Federal Reserve carrying on their tune from Jackson Hole with discussions of another possible rate hike.

A failure for the BoJ to expand asset purchases later this month or to fail to indicate future easing would likely result in a stretch of JPY strength. However, we could continue to see Yen weakness over the coming months as traders anticipate the next big move from the BoJ to help argue that Abenomics has not been a waste of Trillions of Yen. In the near term, be on the watch for BoJ speakers talking down anticipated stimulus to prevent the market from selling JPY. Recently, BoJ’s Sakurai told Reuters that the discussion of Helicopter Money is off the table for now, which was one form of QE speculated.

Equally important to the direction of USD/JPY is the anticipated actions by the Federal Reserve. Should the belief of a Fed rate hike in 2016 gather steam we could see the USD take the pair higher as it becomes bid across the board. According to Bloomberg data, the current chances for a September or December hike are 32% & 60.3% respectively.

Next week, the finalized print for 2Q GDP for the Japanese economy is expected to see an upward revision to a seasonally adjusted 0.4% q/q up from the preliminary reading of 0.2%. The GDP print will be combined with the Balance of Payments reading that will help traders see how the export-dependent economy is faring in an environment of a rather strong JPY. Next Friday will provide the 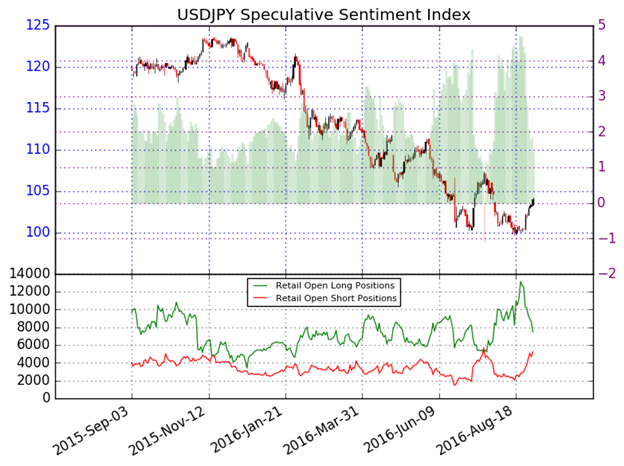