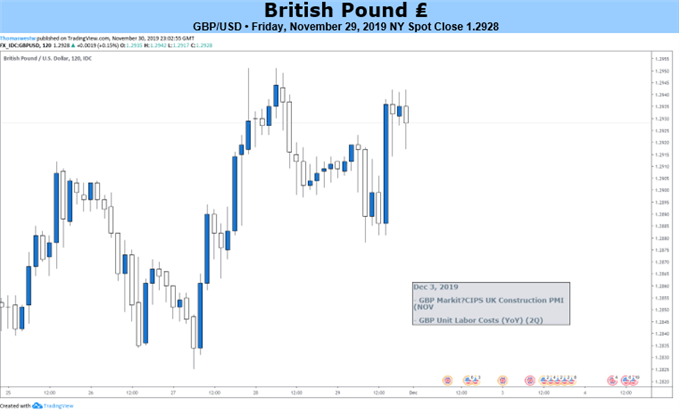 Opinion polls ahead of the UK General Election on December 12 will dominate Sterling trading in the coming week, with continuing indications that the ruling Conservative Party will win an overall majority likely to boost GBP while any signs that the opposition Labour Party is catching up will likely weaken it.

The most recent polls have shown the Conservatives with a lead of between 7% and 11% but Labour has been catching up and traders will be waiting to see whether the Conservative lead dips to levels where a hung parliament – with no overall majority by any party – becomes a possibility.

That said, GBP has been trading within narrow ranges in recent days and it seems unlikely to break out until the election result becomes clear in the early hours of December 13. Attention will then return to Brexit and whether there is a Parliamentary majority for Prime Minister Boris Johnson’s Brexit deal with the EU. 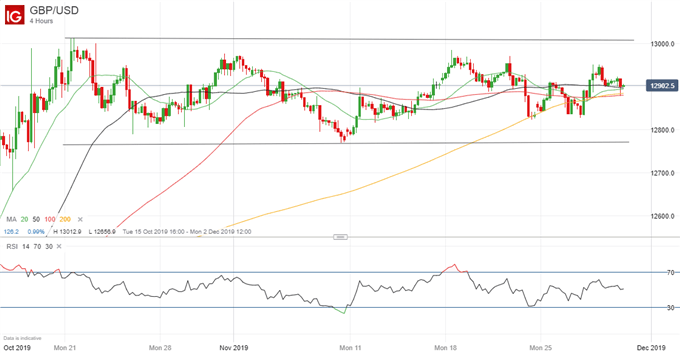 There are few economic figures on the calendar in the week ahead, with final purchasing managers’ indexes for November the only data of note. The next Bank of England interest rate decision is not until December 19, a week after the election, so monetary policy will be sidelined in the next seven days.