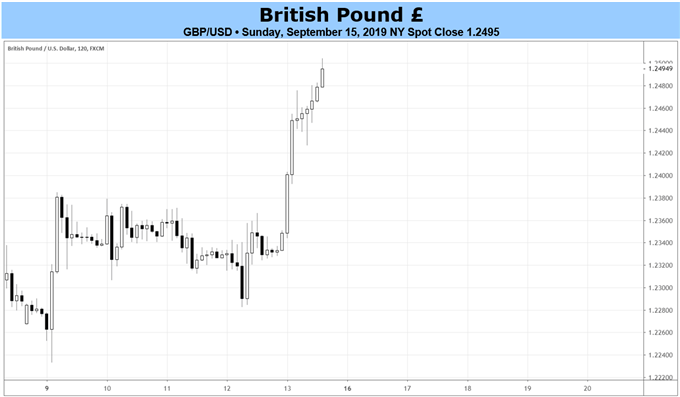 Brexit breakthrough? Amid signs that UK Prime Minister Boris Johnson was seeking a new Irish border compromise with the support of Northern Ireland’s DUP, the British Pound soared as a short covering rally propelled it to the top of the standings as the top performing major currency last week. It appears that UK parliament’s last minute efforts to derail a no deal, hard Brexit prior to being prorogued may have worked.

GBPJPY was the best performing GBP-cross, gaining 2.81%, while the other safe haven crosses, GBPCHF and GBPUSD, added 2.03% and 1.74%, respectively. Even as higher yielding and high beta assets proved strong thanks to falling interest rate cut odds among the G10 currencies’ central banks, the British Pound proved formidable versus the commodity currencies, with GBPCAD and GBPNZD adding 2.59% and 2.42%, respectively. Meanwhile, GBPAUD gained 1.27%, the worst performing GBP-cross.

Thanks in part to the Euro’s reaction around the September ECB meeting, EURGBP was the second-worst performing GBP-cross on the week, gaining 1.35%.

The forex economic calendar should be watched closely midweek, as the docket is mostly quiet otherwise outside of Wednesday and Thursday. The August UK inflation report (consumer price index) on Wednesday and the September Bank of England meeting on Thursday will garner the bulk of attention outside of the ongoing Brexit talks between UK PM Johnson and his EU counterpart, European Commission President Jean-Claude Juncker.

In general, UK economic data has continued to improve over the past several months, at least when trying to look at economic data from an objective point of view. The Citi Economic Surprise Index for the UK, a gauge of economic data momentum, was up to 13.8 by the end of last week from -27.6, one-month ago on August 16; three-months ago on June 14, it was -26.

Ahead of the September BOE meeting on Thursday, the August UK inflation report (consumer price index) will likely generate some volatility among the GBP-crosses (although not too much; with the BOE still in neutral thanks to Brexit, markets are less sensitive to economic data that would otherwise guide BOE policymakers). 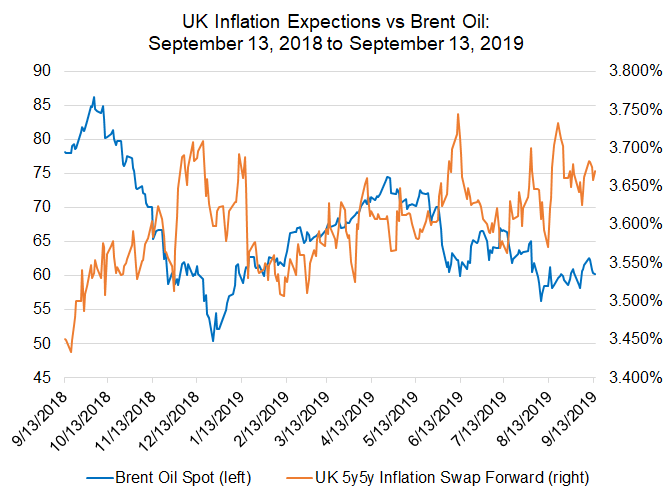 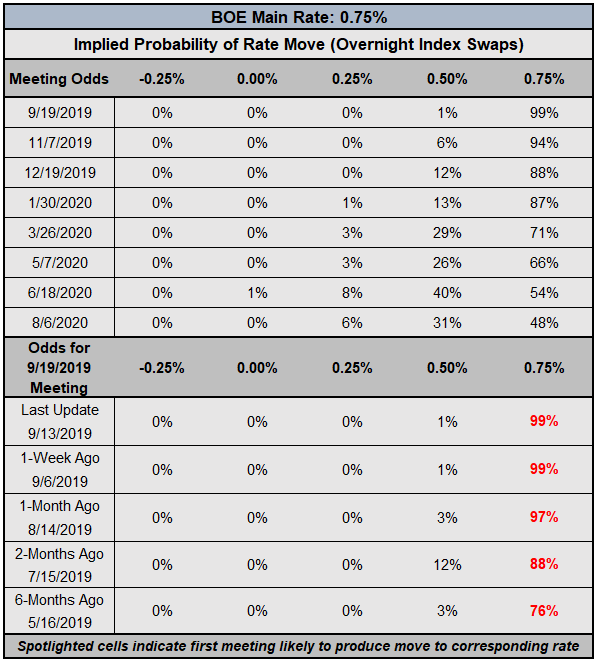 With the Brexit talks ongoing, the BOE isn’t expected to move anytime soon; the BOE’s main rate is favored to stay at 0.75% through at least June 2020. But the moment clarity over Brexit begins to take shape, it seems highly likely that rate odds will evolve rapidly; the period of high volatility for the British Pound isn’t going to dissipate anytime soon. 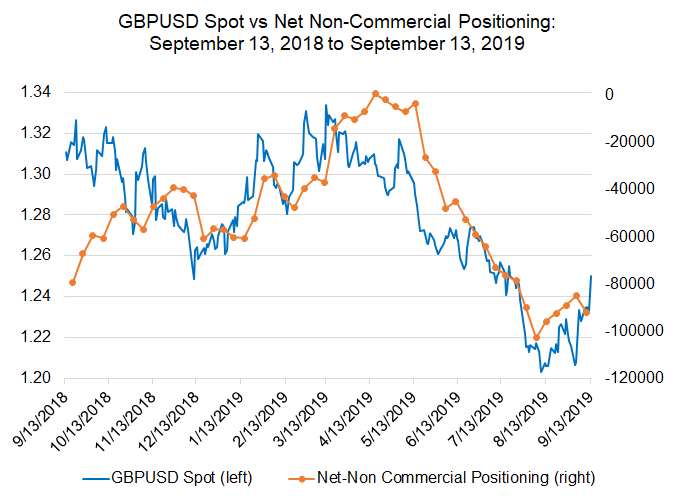 Looking at positioning, according to the CFTC’s COT report for the week ended September 10, speculators increased their net-short British Pound positions from 85K to 92.2K contracts. But the gains by the British Pound last week came after Tuesday’s reporting period ended. Traders should expect the data to show evidence of a short covering rally taking place in the forthcoming update on September 20. 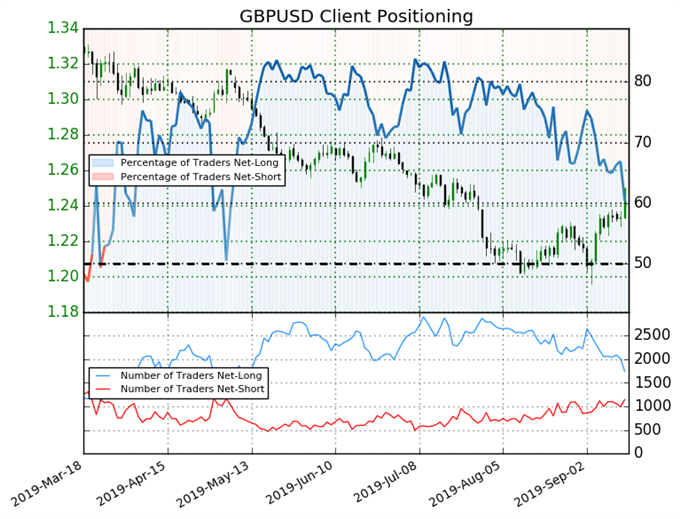