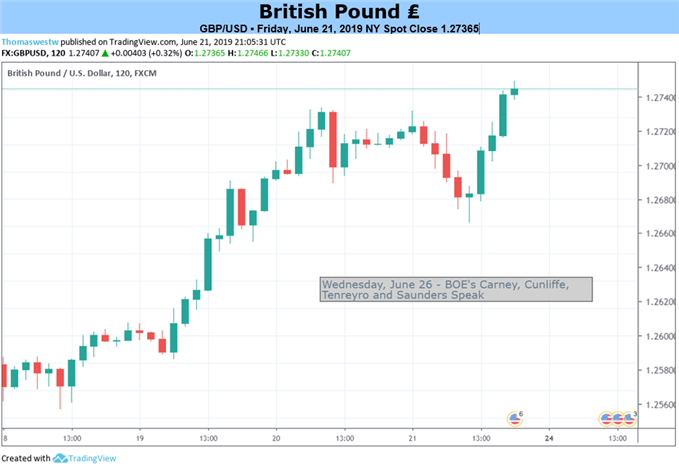 GBP traders will have a lot to watch out for next week ahead of the publication of UK GDP data and the G-20 summit in Osaka, Japan. Market participants all over the world will be closely watching the event in light of the meeting between US President Donald Trump and his Chinese counterpart Xi Jinping, who will be having “extended” talks on trade.

Last week, a Bank of England decision to hold the benchmark interest rate at 0.75 percent was accompanied by foreboding language from Governor Mark Carney – as forecasted. In addition to alluding to growing downside risks and a worsened global outlook due to trade wars, he also warned that the perceived risk of a no-deal Brexit had risen. Furthermore, expectations for growth in Q2 were revised from 0.2 percent to 0.0 percent.

GDP data will now likely solicit more attention across the board in light of the Bank’s economic re-assessment. The utterance on the US-China trade war and its impact on BoE monetary policy may apply further pressure to GBP-crosses ahead of the summit. This will also be the last major overseas meeting former Prime Minister Theresa May will be attending following her decision to resign last month.

If trade negotiations between Trump and Xi go well – or at least not poorly – GBPUSD may get a boost if market participants are injected with more confidence. Conversely, if talks go south, a bout of risk aversion may place a premium on liquidity and send investors flocking to the US Dollar. In this scenario, Cable may find itself under pressure.

Meanwhile, the race for Prime Minister in the UK continues. The most recent round of voting has eliminated all candidates apart from Foreign Secretary Jeremy Hunt and former Secretary Boris Johnson. The most recent ballot had the latter garner 160 votes, while the former obtained less than half of that with a tally of 77. The winner will be announced on the week of July 22. Until then, anxious GBP traders will simply have to wait. 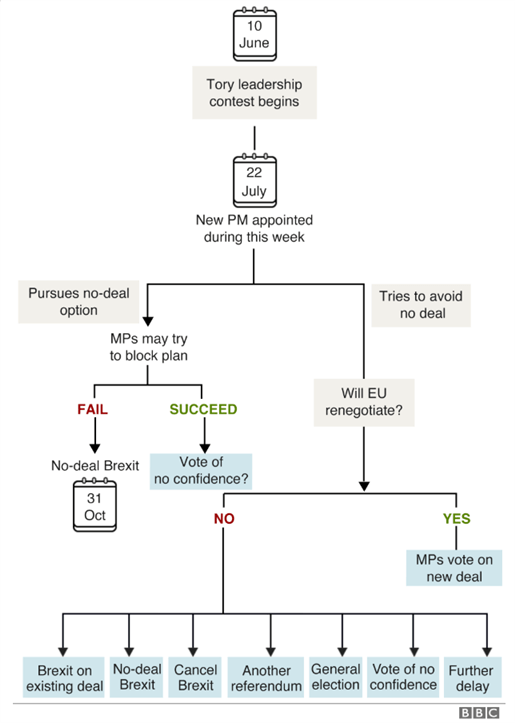