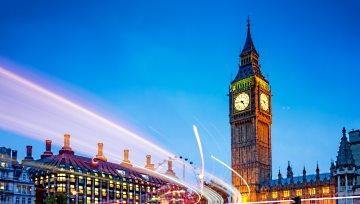 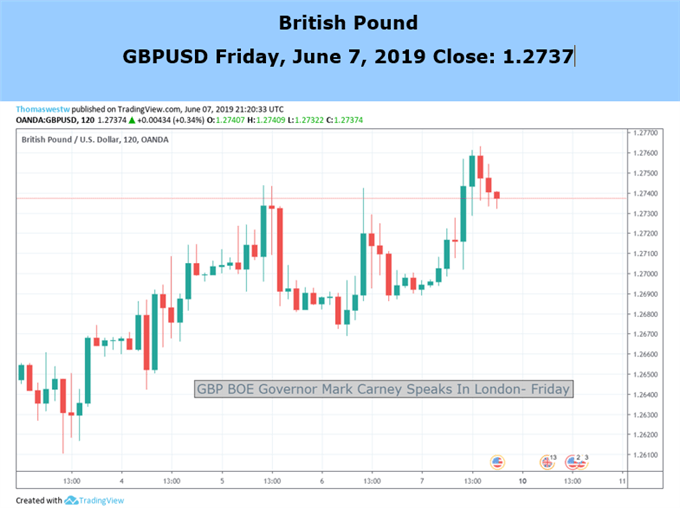 The outlook for Sterling remains neutral, and from a fundamental perspective is likely to stay that way, with Brexit negotiations currently on the back-burner as UK domestic politics take over. UK PM Theresa May stood down today but remains temporary PM until a new Conservative leader is chosen, with Brexiteer Boris Johnson still the firm favorite for the role he has coveted for so long.

Candidates for the leadership position will enter the fray on Monday (June 10) and the process of whittling down the list will continue until June 22 when just two candidates are left. Conservative party members are then expected to have one month (July 22) to decide on their preferred candidate with the new leader likely to be announced on July 23. The UK is currently scheduled to leave the EU on October 31.

Sterling is likely to remain rangebound during this process although pockets of volatility will occur as MPs decide who to back. The Pound will be susceptible to data releases on Monday and Tuesday next week, including the latest monthly growth projections, industrial and manufacturing data and the latest look at the jobs and wages figures on Tuesday. 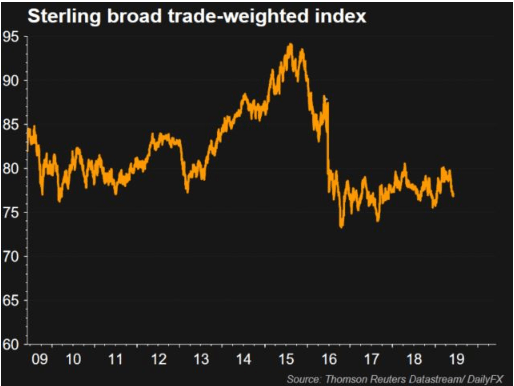 The Sterling basket continues it recent drift lower, although on the longer-dated chart above GBP has been making a series of higher lows since early 2016. GBPUSD however is ending the week on the front-foot, and at its best level in around two-weeks as the US dollar drops further. This USD weakness is likely to become entrenched further, especially after today’s (Friday) weaker-than-expected US Labour and wages data, while at least two 0.25% US interest rate cuts are expected in 2019.

GBPUSD currently trades around 1.2740 and any further move higher will be driven by the US dollar. A break back above 1.2800 may prove difficult in the short-term and we could well see a narrow, sideways, trading range developing over the coming weeks. 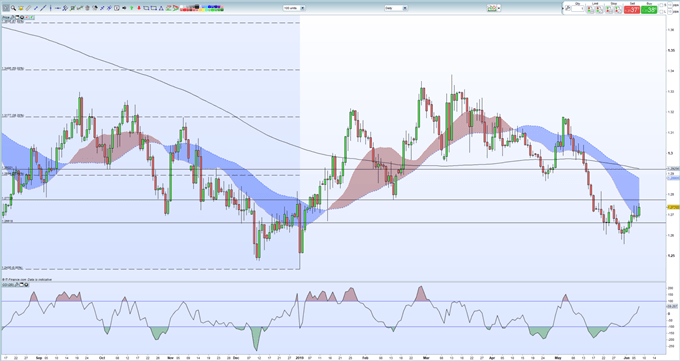