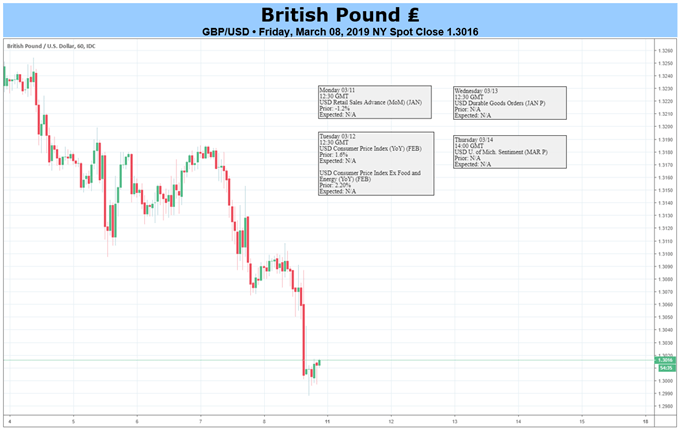 Next week the UK Parliament will vote on a series of Brexit Bills which will decide the short- and long-term future relationship between the UK and the EU. On Tuesday, PM May’s current Brexit Bill is re-presented to the House and is likely to be rejected again, although the margin will be slimmer than the sizeable 230 vote defeat in mid-January. If this is the case, on Wednesday the House will vote on whether a No Deal Brexit should be left on the negotiating table, leading the way to Article 50 extension vote on Thursday. As we stand, the EU remains unwilling to change any part of the Withdrawal Agreement, notably the Irish backstop, although both parties will continue talks over the weekend as both sides strive to avoid a potentially ruinous No Deal Brexit. While nothing has changed as we write, by this time next week there will be greater clarity on this long-running saga.

The domestic Economic data calendar is dominated by a raft of releases on Tuesday, including trade balance figures and industrial and manufacturing production numbers. While these remain important, the Brexit vote in the evening will dominate market thoughts.

GBPUSD has edged lower over the week but remains resilient to larger downside moves. Part of the pair’s weakness is down to US dollar strength, but this may fade after today’s NFP figures which missed expectations by a large margin, although US wages data remained robust. The pair seem trapped between two Fibonacci retracement levels at 1.2894 (23.6%) and 1.3177 (38.2%), although further support is seen around 1.2935, where the bullish uptrend meets the 200-day moving average. One-week volatility has increased over the week – to take into account next week’s votes – and may well remain elevated as we head towards March 29. 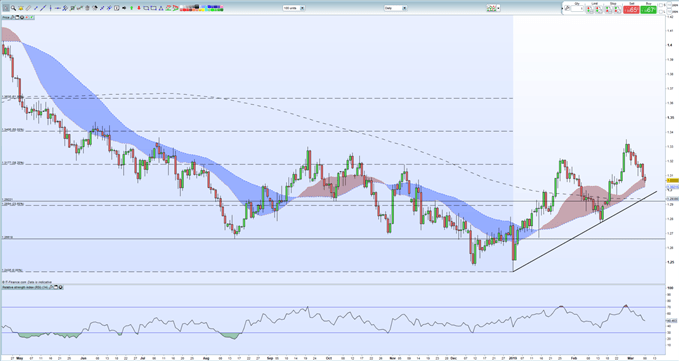 IG Client Sentiment data show 58.1% of traders are net-long GBPUSD. We typically take a contrarian view to crowd sentiment, and the fact traders are net-short suggest that GBPUSD prices may continue to rise. However, if we factor in recent daily and weekly positional changes, we get astronger GBPUSD trading bias.