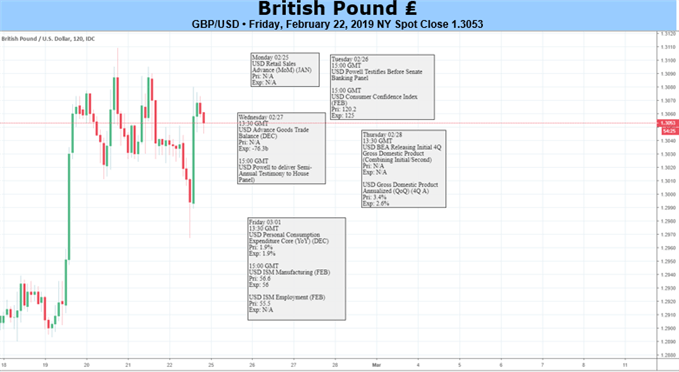 The British Pound is ending the week higher, but off its best levels, as Brexit sentiment remains marginally positive despite any mitigating commentary. The UK political landscape fractured during the week with three Conservative and eight Labour MPs resigning their roles, leaving both parties increasingly vulnerable in any future votes in the House of Commons. Further resignations are rumored from both sides, while there is also talk that up to 100 Conservative MPs may revolt and demand that PM Theresa May delays leaving the EU if a No Deal Brexit remains on the table.

Despite this political upheaval, Sterling pushed higher during the week, aided by slightly better-than-expected UK jobs figures, leaving GBP vulnerable to a sharper downturn if the EU continues to refuse to agree to any compromise on the Irish backstop impasse. The EU and UK have agreed that talks ‘should now continue urgently at a technical level’ as the Brexit clock continues its count down.

Sterling volatility will also be driven by a raft of high importance events and speeches next week, including FOMC Chair Jerome Powell’s Semi-Annual Testimony to the House Panel on Wednesday, the first look at German CPI and US GDP on Thursday and Canadian GDP data on Friday. UK PM Theresa May will also tell Parliament about any progress made in negotiations with the EU. If the PM comes back from discussions empty handed, Parliament will discuss various ways of moving forward and hold non-binding votes on these alternative plans. 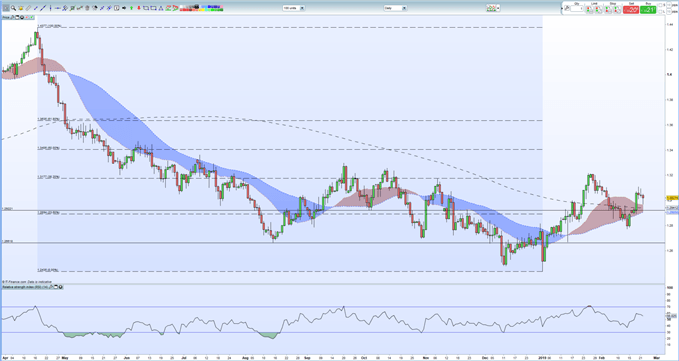 IG Client Sentiment data show 54.3% of traders are net-long GBPUSD. We typically take a contrarian view to crowd sentiment, and the fact traders are net-long suggest that GBPUSD prices may continue to fall. However, if we factor in recent daily and weekly positional changes, we get a mixed GBPUSD trading bias.