GBP Forecast: Brexit Vote on Tuesday Will Not End the Current Bedlam 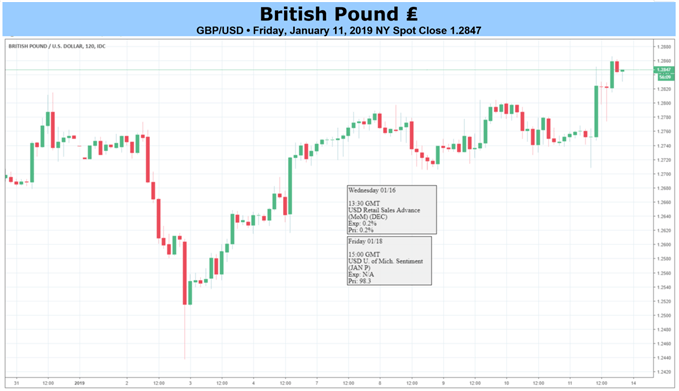 PM May’s moment of destiny on Tuesday evening next week when her much maligned Brexit bill will be put to the House and with current MP voting intentions showing the government expected to lose the vote by a very large margin, Brexit chaos will continue. The expected loss next week will open a wide range of options from can-kicking to a General Election, leaving Sterling rudderless going forward. The British Pound is picking up a slight bid on the growing realization the Parliament now has the numbers required to stop the UK leaving the EU without a deal on March 29. Aside from this prop, Sterling has little in the way of any fundamental support and it would not be a surprise to see GBPUSD drop sharply if a General Election were called or to rally hard if concessions were offered by the EU to get a deal done.

Another option – and the one most likely knowing the incumbent government – is kicking the can down the road. While this may be a way to break the current deadlock, if this delay tactic was to continue in the same vein as Brexit negotiations to date, Sterling traders may just throw in the towel and send the British Pound spiraling lower.

There is a very real possibility that when you read next week’s GBP Fundamental report, GBPUSD may be trading with either a 1.15 or a 1.35 handle. Stay on the sidelines - there will be much better opportunities further down the line. 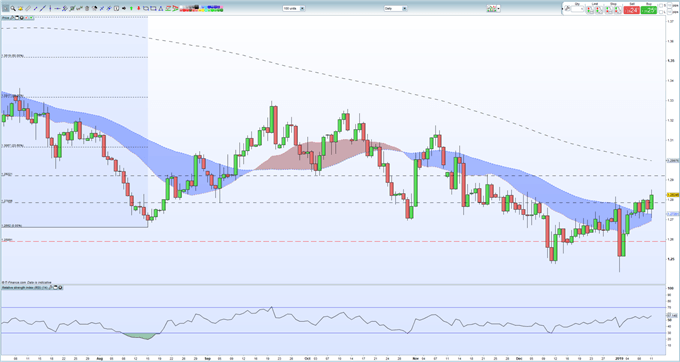 IG Client Sentiment data show 58.1% of traders are net-long GBPUSD. We typically take a contrarian view to crowd sentiment, and the fact traders are net-long suggests that GBPUSD prices may continue to fall. However, the combination of recent daily and weekly positional changes gives us a mixed trading bias.