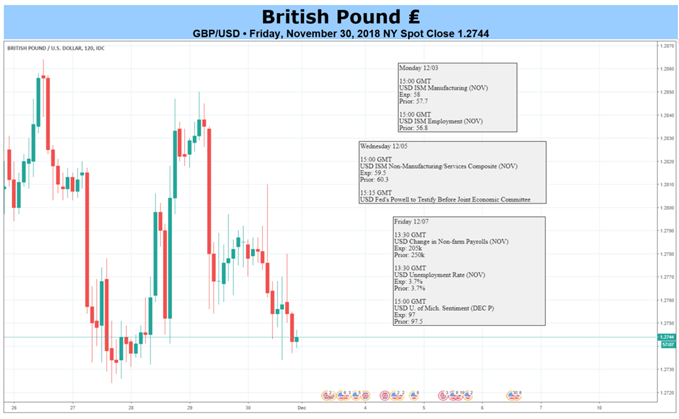 The economic calendar is quiet next week with the main point of interest BoE governor Mark Carney’s speech at the House of Commons on Tuesday at 09:15 GMT. Governor Carney’s recent Brexit Impact analysis caused a certain amount of backlash after he said that in an extreme Brexit no-deal scenario that Sterling could fall by 25% from its current level. On Mondays we will take an in-depth look at all the UK data releases, Brexit analysis and other UK asset market drivers at 10:30GMT in our UK Key Events and Markets Webinar and will try and make sense of what is going on and how it will affect UK markets.