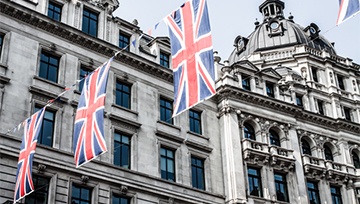 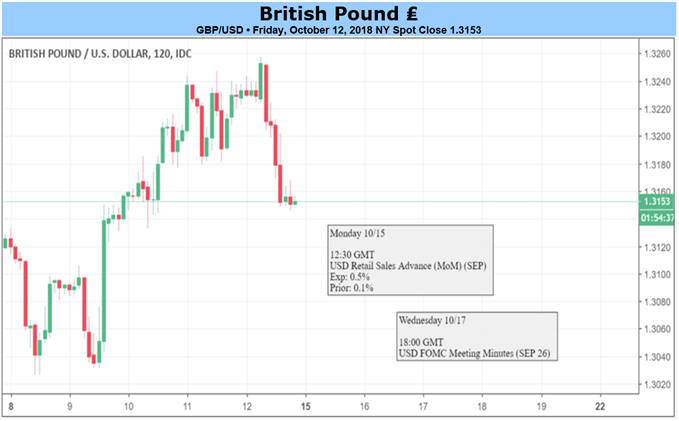 Next week’s EU Summit meeting in Brussels (October 17-18) has been pinpointed by many as a pivotal point in Brexit negotiations. Sterling has ground higher over the last few weeks on expectations that a break in the current impasse will be announced and that both sides can then fully focus on future trade agreements. I have been bullish Sterling over the past 4-6 weeks, suggesting dip buying, but now recognize that the risk-reward over the next week is not in favor of anyone holding a Sterling position, either long or short, and turn neutral on the British Pound.

If a mutually agreeable outcome from the meeting is announced – and it will still have to get through the Parliament – then a much clearer picture for Sterling in the short-, medium- and long-term will appear and traders should feel more confident with the trend. On the flip-side, expectations were high going into the recent Salzburg meeting, only for the EU to re-assert themselves and send PM Theresa May home empty-handed, pushing Sterling lower.

Ahead of this meeting the newswires will be likely filled with rumor and counter-rumor, leaving Sterling very much beholden to sentiment swings. If an agreement is neared or announced, the trend for Sterling will be set. It is better to miss some of a trend before getting onboard and benefitting from it, than it is to take a binary decision ahead of such an important meeting.

It is a hackneyed old phrase but ‘the trend is your friend’ should be listened to and followed.

On Mondays we take an in-depth look at important UK data releases, Brexit and other UK asset market drivers at 10:30GMT in our UK Key Events and Markets Webinar.

Sterling is currently giving back some of its recent gains ahead of the weekend and will likely remain below 1.3250 until the future is made clearer. 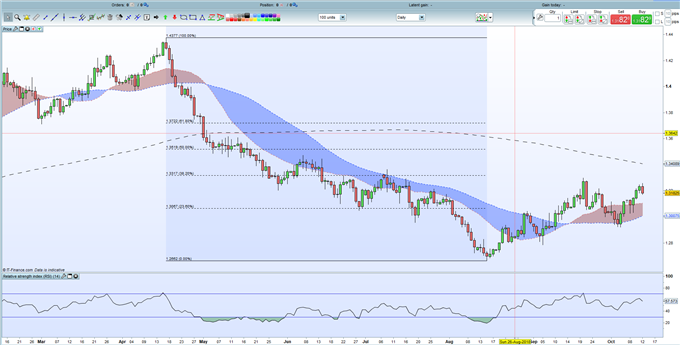