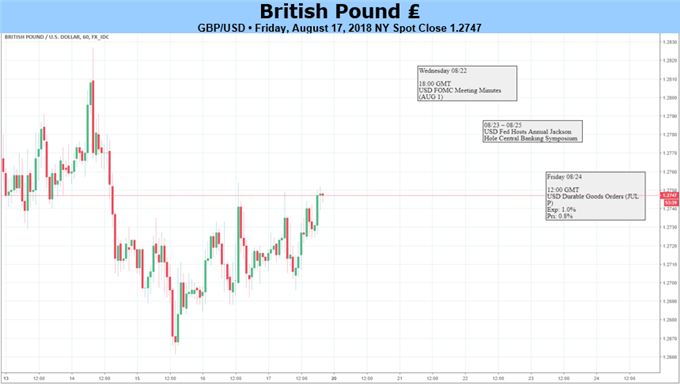 We remain neutral on Sterling for the week ahead while acknowledging that Brexit headlines remains a binary risk that may move GBP sharply in either direction. Brexit talks are ongoing and, as we go to print, little news has come out of Brussels. The UK government recently announced that it will be releasing a series of no-deal Brexit papers over the next few weeks, covering over 80 areas of UK life, to highlight the potential disruptions in the event of the UK leaving the EU without a withdrawal agreement. These papers are likely to see Brexit remain in the headlines, potentially weighing on the British Pound.

This week’s data releases showed the UK economy in a positive light with unemployment and retail sales the standouts. The ILO unemployment rate fell to a 1975 low of 4%, from a prior reading of 4.2%, while UK retail sales picked up by 3.7% year-on-year, beating expectations of +2.7%. All UK inflation data were in line with analyst’s expectations. Monetary policy is unlikely to change any time soon in response to better UK data releases with the next 0.25% interest rate hike not expected until at least mid-2019.

The DailyFX Economic Calendar for the next week contains no potentially UK market moving releases, while over in the US the latest FOMC minutes will be revealed on Wednesday, and should be studied by GBPUSD traders, before a raft of global central banker’s meet for the annual Jackson Hole Symposium on Friday.

GBPUSD has remained within a two-cent trading range this week and remains spellbound by EU-UK negotiations. 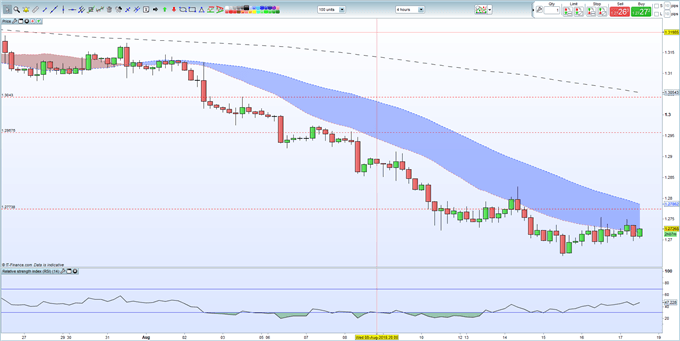