GBP Set to Rally as Preliminary Brexit Shackle is Removed 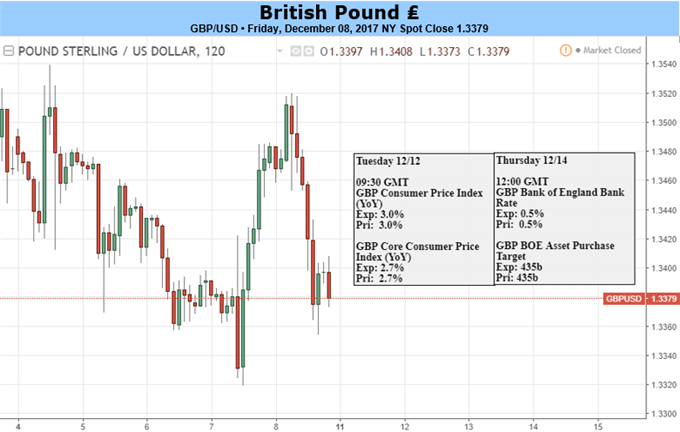 We have turned bullish on GBP, especially against EUR after Friday’s announcement that the EU will recommend that the second phase of Brexit talks can start. Removing this fundamental block should allow GBP to drift higher against the EUR in the medium-term, especially as the ECB has no intentions of moving rates higher in 2018 with inflation at its current lowly rate. 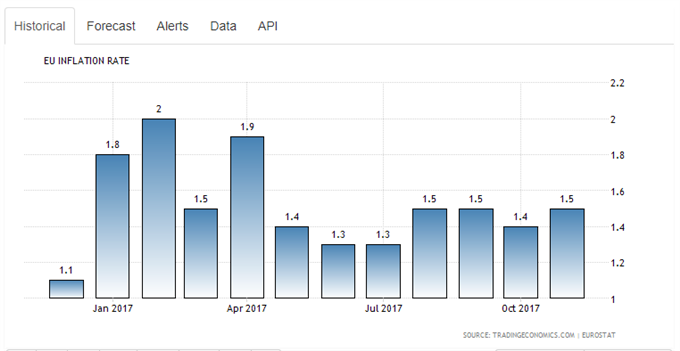 We would take care with any EUR/GBP short position next week however as the economic calendar is packed with central bank meetings and market moving data. UK monetary policy will remain unchanged when the Bank of England meet on Thursday December 14 but commentary from Governor Mark Carney may suggest that inflation in the UK is still far too high, prompting thoughts of another 0.25% rate hike in H1 2018. We will get a look at the latest UK inflation data on Tuesday December 12 at 09:30am and updated wages and employment numbers are released at the same time on Wednesday December 13.

You can see next week’s economic calendar here.

A look at the chart below shows EUR/GBP has completed a pair of head and shoulder formations since late September and with the neckline broken, the downside beckons for the pair. Fibonacci retracement at 0.86920 has already been touched and will be broken soon, leading to the 76.4% retracement level at 0.85480. Furthermore, the pair are trading below all three ema bands, while the stochastic indicator points lower. 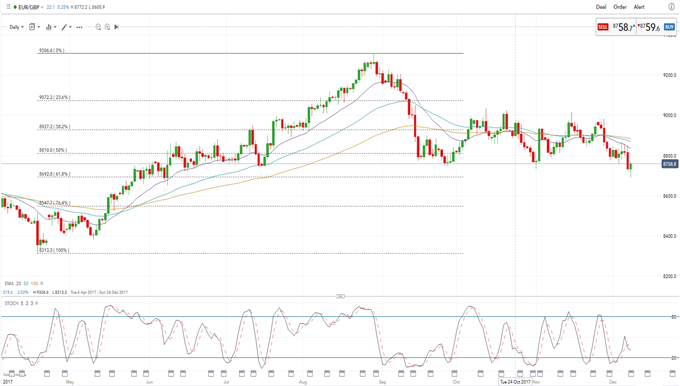 You can check out our latest Q4 trading forecast for Sterling here.