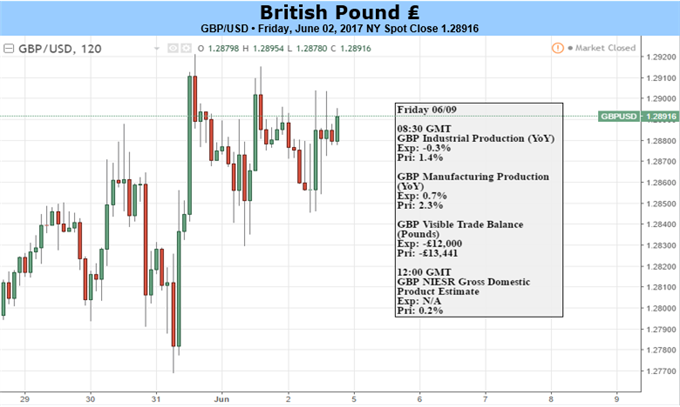 GBP/USD stands at risk of facing range-bound conditions ahead of the U.K. snap election on June 8 amid the tightening race between the Conservative and Labour party.

It seems as though Prime Minister Theresa May will retain her position as the Tory leader holds a small lead against Jeremy Corbyn, the head of the Labour party, but the outcome may derail the near-term recovery in the British Pound should Ms. May fail to establish a more unified government. With ‘Brexit’ negotiations slated to start on June 19, a loss of confidence in the prime minister’s ability to deliver the U.K. out of the European Union (EU) is likely to drag on Sterling, and the pound-dollar exchange rate stands at risk of giving back the rebound from earlier this year if the results point to a hung Parliament.

In turn, the Bank of England (BoE) may continue to endorse a wait-and-see approach at the next policy meeting on June 15, and Governor Mark Carney & Co. may tame interest-rate expectations throughout 2017 amid the uncertainty surrounding the U.K. economy. Moreover, the BoE may show a greater willingness to carry the highly accommodative policy stance into 2018 as officials now warn ‘consumption growth will be slower in the near term than previously anticipated,’ and the diverging paths for monetary policy may continue to foster a long-term bearish forecast for GBP/USD especially as the Federal Open Market Committee (FOMC) appears to be on course to further normalize monetary policy over the coming months. 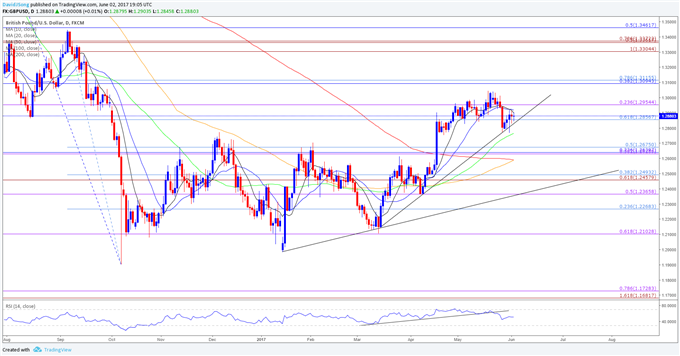 The broader outlook for GBP/USD remains supportive as the exchange rate breaks out of the range carried over from late-2016, and the pair may make a more meaningful attempt to test the topside hurdle around 1.3090 (38.2% retracement) to 1.3120 (78.6% retracement) as it preserves the upward trends from earlier this year. However, the recent developments in the Relative Strength Index (RSI) suggests the relief rally is getting exhausted as the oscillator deviates with price and fails to retain the bullish formation from March. In turn, a break of trendline support may open up the downside targets for GBP/USD, with the first region of interest coming in around 1.2630 (38.2% expansion) to 1.2680 (50% retracement) followed by 1.2460 (61.8% expansion) to 1.2490 (38.2% retracement). 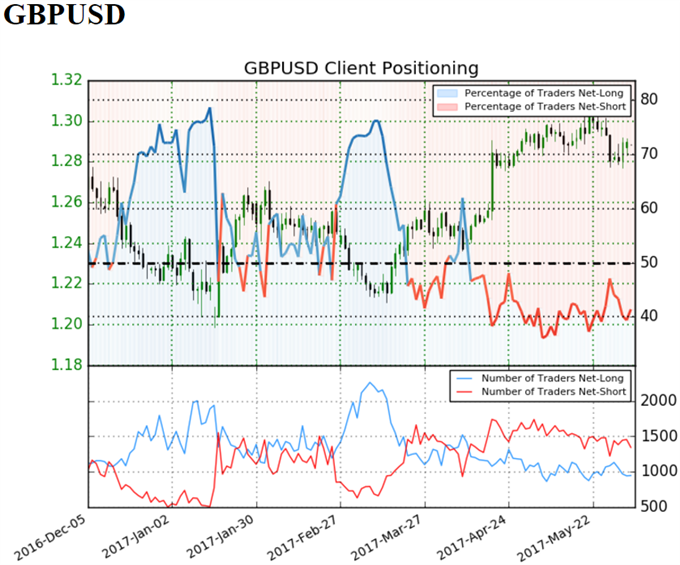