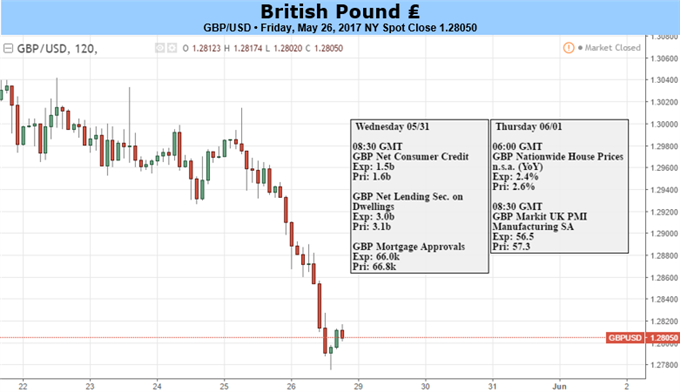 British Pound: It All Depends on the Election Opinion Polls

It was a major surprise on Friday when a YouGov opinion poll put the ruling Conservative Party just five percentage points ahead of the Labour Party in the run up to the UK General Election on June 8. That was a drop from 20 percentage points a mere 11 days ago and the Pound duly tumbled.

It could have been an aberration but YouGov is a respected polling organization and it’s now clear that the Pound’s direction will be determined short-term by the further polls that will be released over the next few days. The markets prefer the Conservatives to Labour so a rising poll lead will benefit the Pound while a narrowing lead or a complete reversal will hit it hard.

While Brexit remains a key election issue, talks between the UK and the EU won’t start until it’s over so for the moment the divorce is on the back burner. Moreover, Monday is a public holiday in the UK as well as the US so trading is likely to be subdued but quite possibly erratic at the start of the week, meaning taking a position right now is particularly risky.

Note, though, that the YouGov poll was conducted after the horrific Manchester Arena bombing and that GBP/USD is now technically weak, with the pair having dropped through a falling channel support line that had been in place since the start of European trading Thursday.

Arguably, even worse than a Labour victory for the Pound, which hit its lowest level against the Dollar since April 25 Friday, would be a hung parliament, in which neither party has a majority. Further falls are therefore more likely than gains but, with the currency at the mercy of the polls, short positions are only for the brave.