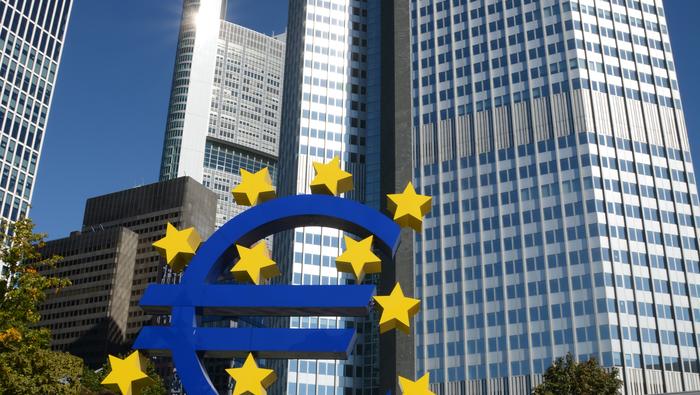 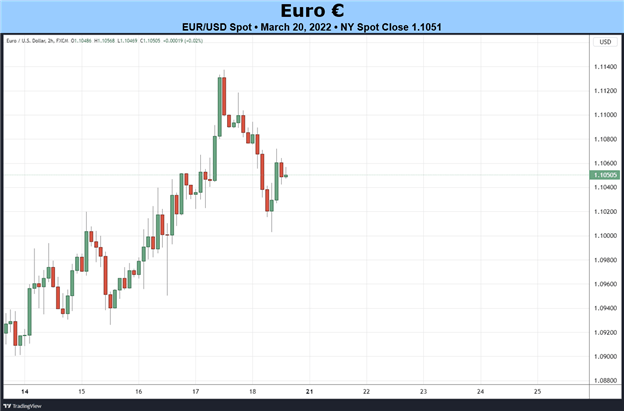 With hopes springing for a ceasefire between Russia and Ukraine, risk appetite proved resurgent, helping prop up the recently decimated Euro. EUR/JPY rates led the way higher, adding +2.9% on the week, posting their second highest weekly close of the year. EUR/USD rates gained +1.28%, nearly erasing all of the losses over the past two weeks. Similarly, EUR/CHF rates added +0.98%, closing just a few pips away from where they opened on February 28.

But not all EUR-crosses rallied. Indeed, the rebound in risk appetite and sustained move higher in commodity prices continued to benefit the trio of the Australian, Canadian, and New Zealand Dollars. EUR/AUD rates fell by -0.37%, EUR/CAD rates gained a mere +0.13%, and EUR/NZD rates slipped by -0.17%. Long upper wicks on these pairs’ weekly candles suggest more downside pressure may be imminent.

Markets continue to focus on the Russian invasion of Ukraine and its knock-on effects for the European economy, dwarfing data releases. This tendency will be amplified in the coming week, insofar as a thinner economic calendar – marked mainly by speeches from European Central Bank policymakers – will leave plenty of room for headlines out of Eastern Europe to catalyze volatility.

That said, here are the key events in the week ahead on the Eurozone economic calendar:

ECB Rate Hike Being Pushed Back?

Following the Federal Reserve’s rate decision last week, markets began to price-in a greater likelihood that the ECB will follow suit with its own policy tightening efforts later this year. After briefly being eliminated in early-March, rates markets are now pricing in 50-bps of rate hikes by the ECB by the end of 2022.

Consistent with the expectation for a more aggressive ECB, European sovereign bond markets saw higher yields over the course of the week. Long-end bond yields in France, Germany, and Italy have all rebounded to fresh yearly highs after swooning in early-March. In particular, the German 10-year Bund yield touched its highest level since late-2018. 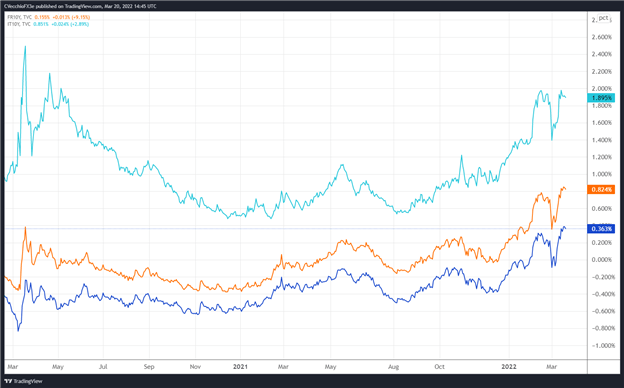 But conflicting signals are coming from the ECB itself. While several ECB policymakers have suggested that interest rate hikes may be appropriate later in 2022, ECB President Lagarde continues to suggest otherwise. Last week, in a speech titled “Monetary Police in an Uncertain World,” ECB President Lagarde hinted that rate hikes may not materialize in 2022, noting, “we have adjusted our forward guidance on interest rates to temper expectations of any abrupt or automatic moves.We now say that the adjustment of key ECB interest rates will take place ‘some time after’ the end of net purchases.”

Thus, while rising European sovereign bond yields may have insulated the Euro against steeper declines in the very near-term, the real prospect of growing divergence between interest rate policies deployed by the ECB relative to other major central banks (the Fed, the Bank of England, etc.) may prevent the Euro from staging a significant rally henceforth. 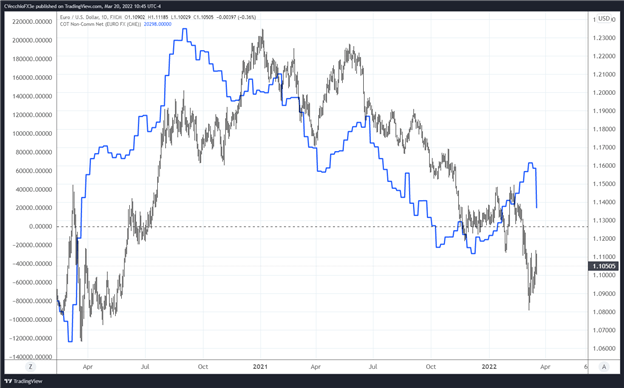 Bitcoin/Ethereum Outlook: BTC/USD, ETH/USD Weighed Down by the Fed