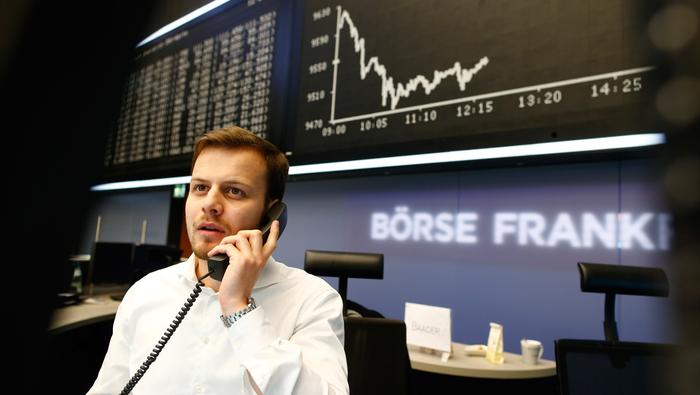 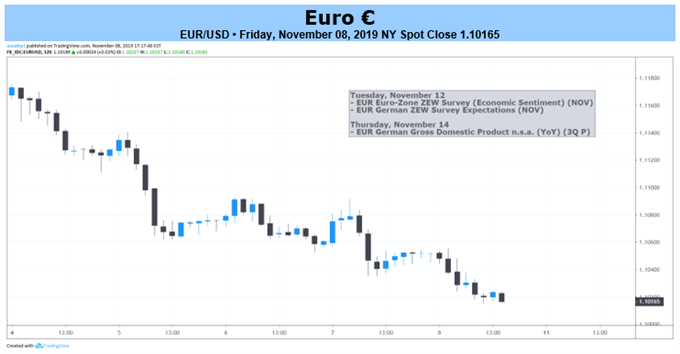 The Euro seems unlikely to find much of a directional lead in next week’s homegrown event risk.

The markets appear relatively sanguine ahead of a general election in Spain. The country’s benchmark 5-year sovereign CDS spread – a measure of the cost to insure against the government’s default – has been tumbling for a year. That suggests markets are not concerned about instability at the helm in Madrid.

The data docket is peppered with noteworthy releases, including German GDP and CPI as well as the ZEW survey of analysts’ sentiment. Eurozone-wide analogs will also hit the wires. The outcomes may not make waves absent improbably dramatic deviations from baseline expectations however.

That is because ECB monetary policy seems to be locked in wait-and-see mode. The bellwether 5y5y inflation swap – a gauge of progress to the central bank’s mandated price growth target – has stabilized after a steep drop. EONIA futures have behaved in kind, hinting that further easing is probably off the table for now.

External catalysts may thus dominate as drivers of price action.

The single currency has been weakening since early August against an average of its top currency counterparts as a brightening outlook across global financial markets sparked a hawkish turn in 2020 Fed policy bets. The US central bank endorsed the change, signaling its rate cut cycle is on pause last month.

Because the US Dollar accounts for such a commanding share of global monetary transactions, diminishing prospects for Fed easing translate into a global upshift in yield expectations. This coupled with investors’ greater comfort with risk drives return-seeking capital away from the Eurozone’s negative rates.

If this continues, the Euro is likely to fall further. Whether it does or not seems intimately linked to prospects for a US-China trade accord. The chance of a no-deal Brexit is another important consideration, with investors cautiously eyeing polls ahead of the UK general election due mid-December.

If Washington and Beijing seem to be heading toward at least a preliminary cessation of hostilities while Brexit at worst idles, the Fed’s on-hold stance will be reinforced. Chair Powell seems likely to say as much in widely watched Congressional testimony. Steady US CPI and firmer retail sales may help too.