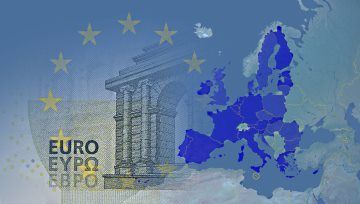 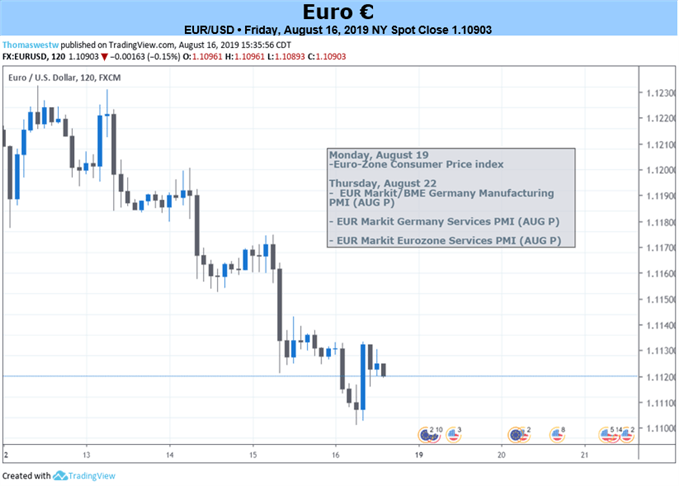 The Euro has managed to hold up relatively well amid the turmoil plaguing global financial markets in recent weeks. US-China trade war escalation and inversion of the Treasury bond yield curve – historically a harbinger of recession – have soured risk appetite.

For its part, the single currency managed to offset losses against rising anti-risk alternatives like the Yen and the US Dollar with durable support against sentiment-geared FX, such as the Australian and New Zealand Dollars. Sellers might prevail as the spotlight turns to domestic matters however.

EURO LIKELY TO FALL AS ECB PREPARES TO BOOST STIMULUS

The week ahead will probably remind investors that the ECB is gearing up to deliver a new stimulus effort next month. In fact, priced-in expectations put the probability of easing at a commanding 100 percent. Minutes from the Governing Council’s last conclave might illuminate how this will be done.

A fresh round of TLTRO bank liquidity injections has been on the menu for some time. Cutting the deposit rate deeper into negative territory and/or lowering the main refinancing rate below 0 may be added on. Restarting QE asset purchases is also a possibility.

POLITICAL TURMOIL IN ITALY MAY ADD TO EURO WEAKNESS

Political turmoil stands to compound downside pressure. Italian Prime Minister Giuseppe Conte is due to make a big-splash speech responding to calls for an early election from Lega party boss Matteo Salvini, one of the Deputy Prime Ministers in the ruling coalition government.

Conte may set the stage for a vote of no confidence to test his mandate or resign outright, effectively acceding to an early vote. That ought to spook financial markets leery of installing a eurosceptic populist bent on bending Eurozone budget rules at the helm in Rome.