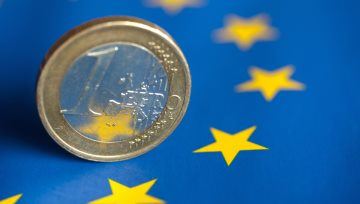 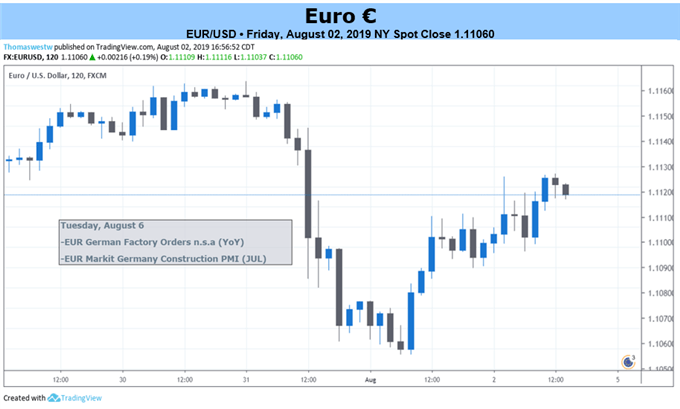 Euro traders groan as Italy – arguably the biggest source of political angst in Europe besides Brexit – may take center stage early next week as a fractured government prepares to debate key policies. Germany factory order data may once again disappoint and reinforce fears of a significant regional slow down. More aggressive ECB rate cut bets will likely follow as a result and lead to a weaker Euro as the US and China lock horns.

The fragile Italian coalition-government led by the anti-establishment Lega Nord and Five Star Movement (M5S) may receive another crack on August 6. Parliament is expected to vote on a high-speed rail link with France that may be a catalyst in bringing down the government. Matteo Salvini, leader of the Lega Nord recently considered holding a snap election as the fracture between him and his governing partner widens.

According to a local newspaper, one of Salvini’s closest advisors is urging him to break away from the coalition and hold fresh elections to consolidate power after his triumph in the European parliamentary elections. A lack of confidence in the government’s ability to agree on key legislation may result in the government dissolving and introducing greater uncertainty into an already-precarious situation. 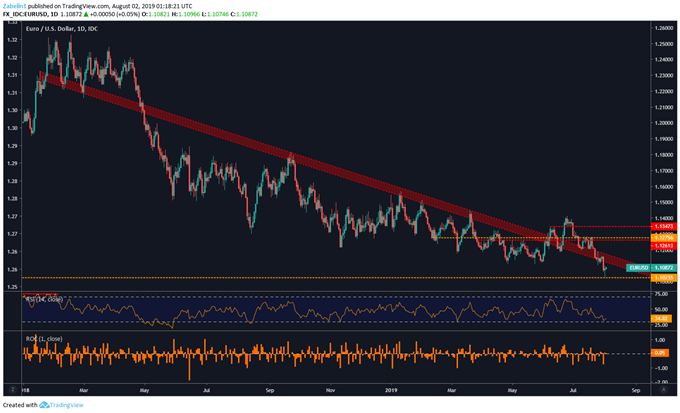 Market participants will also be on their toes to see whether German factory order data reinforces the growing concern that Europe’s largest economy is slowing. Economic data out of Europe has been tending to underperform relative to economists’ expectations as the region continues to grapple with inter-continental disarray and a slowing global economy. 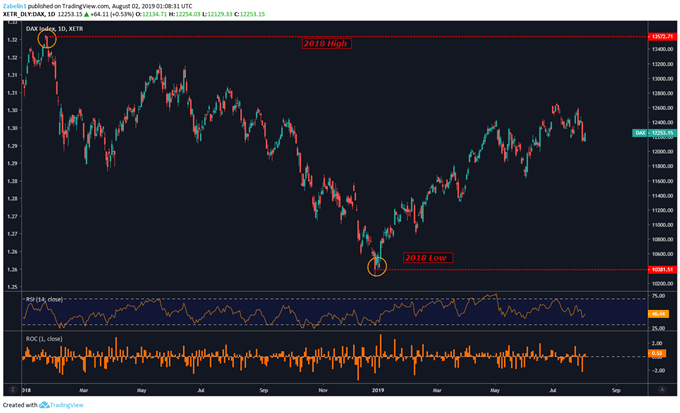 IT’S GETTING “WORSE”: ECB RATE CUT BETS MAY RISE IN THE COMING WEEK

Last week, ECB President Mario Draghi announced that the central bank will hold rates at their current levels which was then followed by gloomy commentary from Mr. Draghi himself. In addition to saying the outlook is getting “worse and worse”, he suggested the central bank is willing to cut rates and even reintroduce QE if as a way to boost economic activity and inflation.

On Thursday, US President Donald Trump announced that start September 1, a 10 percent tariff will be levied on the remaining $300 billion worth of Chinese goods. This came shortly after United States Trade Representative Robert Lighthizer and a US delegation returned from a two-day meeting with their Chinese counterparts. China has not responded yet, though the various policy measures at their disposal is worrisome. An escalation of tensions may lead to risk aversion and a strong US Dollar and Japanese Yen at the expense of the Euro and commodity-linked currencies.