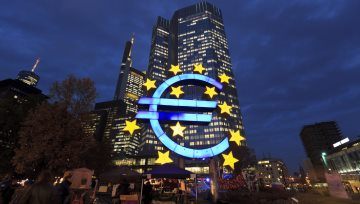 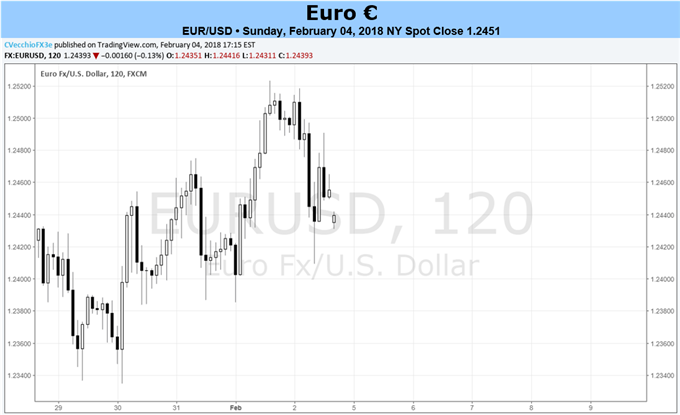 - Net-long Euro positioning continues to build up, hitting another all-time high, and the Euro was the best performing currency over the last week.

- The upcoming economic calendar is incredibly light, meaning the Euro will be beholden to influences coming from other major currencies and global risk trends generally.

- The IG Client Sentiment Index is no longer bullish on EUR/USD in the near-term.

The Euro’s winning streak to start 2018 continued through the first few days of February, with the single currency posting gains against all of its major counterparts last week. EUR/USD added +0.29%, EUR/JPY tacked on +1.73%, EUR/AUD, the top performing EUR-cross, added +2.49%. What we said last week about the Euro’s performance will held true and will hold true in the coming days: the Euro’s appreciation is incidental rather than intentional.

The US Dollar has been hurt as political risk for the US has shot higher in recent weeks, with another government shutdown looming on February 8, offsetting a steady rise in Fed March rate hike odds (which are now at 100%). The sharp tick higher in interest rates has piqued the BOJ’s attention, provoking efforts to keep JGB yields under control, undercutting the Japanese Yen. Thanks to an acute late-week selloff in equity markets, the higher yielding commodity currency bloc slumped across the board.

Looking ahead, with no significant economic data in sight, these themes – among others, like Brexit – will continue to be the guiding factors through the first full week of February. On Monday, final Euro-Zone Composite and Services PMIs for January aren’t expected to show any gyration from the original readings, while December Euro-Zone Retail Sales are due in at +1.9% from +2.8% (y/y). On Thursday, the European Commission will release updated economic forecasts. Nothing else is of material interest, and the aforementioned items barely were.

In general, market measures of inflation have edged higher with the 5-year, 5-year inflation swap forwards closing last week at 1.746%, up from 1.729% a week earlier, and still higher than the 1.710% reading a month ago. For now, the Euro hasn’t interfered with the broad uptick in inflation expectations, and so long as energy prices continue to sustain their strength, market participants don’t appear to be committed to saying the Euro’s rise is that much of an issue.

Where there is vulnerability for the Euro would be in the oversized long positioning in the futures market. Per the CTFC’s COT report released on Friday, speculative traders are holding 148.7K net-long contacts, the highest level ever. Given how Euro-Zone economic data momentum has cooled off, as measured by the Euro-Zone Citi Economic Surprise Index, which finished Friday at +34.1 from +56.4 the week prior, a tick lower in inflation expectations – thanks to a drop in energy prices – could spook an overcrowded market.