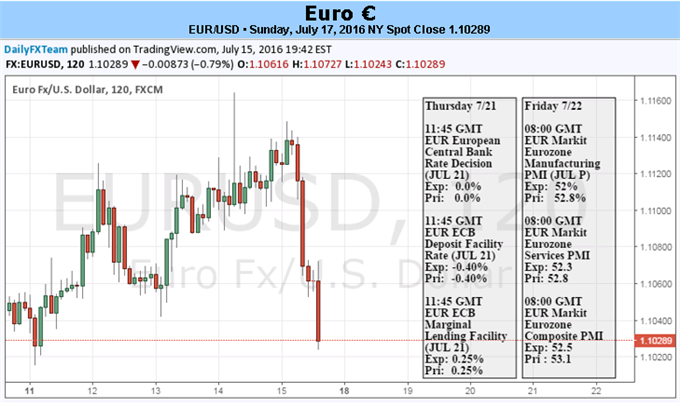 - After Brexit, Italian banks desperately need to be recapitalized – but how?

- Collateral damage from Italian banking situation could be German Chancellor Merkel herself.

It’s been a volatile few weeks for global markets, and even with equities rallying back, there are some segments of markets still licking their wounds. One pattern has emerged: FX markets are no longer trading in the analog, ‘risk on, risk off’ mindset. Instead, trading has become Europe-centric; the British Pound, Euro, and Swiss Franc have been moving in the same direction (to varying degrees).

Superficially, Brexit is to blame. A closer look beneath the surface reveals growing concerns not over the UK’s membership in the EU, but over the health of the European banking system. Often, when a country faces an issue in Europe, they are referred to as the ‘sick man.’ In this case, Italy is the sick man’s sick man – the biggest problem of Europe’s biggest problem. In the immediate aftermath of the June 23 Brexit vote, as we suspected he would, Italian Prime Minister Matteo Renzi was quick to suggest that a bank recapitalization would be necessary.

The issue is clear: a decade of sluggish growth and low interest rates have hampered the Italian banking system. Declining sovereign rates and yield spreads have crushed banks’ net interest margin and thus profitability; now, Italian banks have some €360 billion of non-performing loans (NPLs), ‘bad loans,’ on their balance sheets. Italian banks have nearly three times as many bad loans as US banks did when the global financial crisis reared its head. This is a major cause for concern.

The most effective way to solve the problem, of course, obviously, is more capital. In years past, this has been a straight forward process in Europe: taxpayer-funded bailout. As of the start of this year, bailouts in said form are no longer allowed.

The beginning of 2016 ushered in the Bank Recovery and Resolution Directive (BRRD), under which the EU Commission ordered 11 countries (which Italy was one of) to comply with the new "bail-in" rule (as opposed to "bailout"). A bailout is a 'no skin in the game approach'; recapitalization funds provided by taxpayers are distributed with few conditions and limited repercussions to creditors. This dynamic helped perpetuate the crisis: good money was thrown after bad. This circuitous feedback loop led to the prolonged crisis; banks and sovereign were tied at the hip.

A bail-in still requires taxpayer money, but with relatively more severe conditions. Taxpayer money can't be used unless a bank's creditors chalk up 8% of the bank's outstanding liabilities. Terms for a bail-in usually mean that creditors are wiped out, and if stringent enough, unsecured depositors could be impacted.

This all seems like a logical, reasonable process in theory: equity investors are wiped out first; subordinated (junior) bond holders are hit next; then senior bond holders; and if necessary, large unsecured depositors. Small depositors (less than €100,000) would be protected, but larger ones wouldn't.

Practice is different than theory. The very people the Italian government is trying to protect by looking to recapitalize the banks - retail depositors - are the people who would have to pay up in order for a bail-in to happen at most banks. Due to Italian tax law, there is a strong incentive to own financial institutions; bonds. As a result, some 45% of Italian banks' subordinated debt is owned by retail investors.

This first paradox is not lost upon Italian PM Renzi, who knows very well the consequences of the decision structure. In November 2015, as a trial run before the BRRD became law, the Renzi government bailed-in four banks. Retail depositors vis-a-vis their bond holdings were hit particularly hard, and at least one person committed suicide after losing their €110,000 life savings. It was a political firestorm for Renzi. Applying it on a large scale across Italy’s largest financial institutions could have significant political and societal consequences.

New conflict is the last thing on Renzi’s mind right now as he has staked his political livelihood on a constitutional reform referendum in October, which would help shake off the stagnation in the Italian parliament. Renzi needs to court political power in order to see things go his way, otherwise, he has indicated that he will step away as PM. Widening credit spreads, heightened market volatility, and a recession could all hit Italy by the end of the year should the referendum fail. This nuance adds complexity to the bind that Renzi finds himself in, mostly because it means the Italian economy may be viewed at hopeless at that juncture.

There have been talks that the Italian government is trying to circumvent that EU bail-in rules given the unconventional composition of Italian banks’ bond holders – typically, creditors are large financial institutions, not retail savers (a quirk in the Italian tax law that should be addressed). The very people that Renzi is trying to protect are the ones who would have to pay a pound of flesh for a bail-in, a contradictory position. Accordingly, rumors of a relief fund of sorts for subordinated bond holders who take a haircut or are wiped out are starting to swirl – a controversial effort indeed.

The easiest financial solution for Renzi, and the most difficult one for European Union leadership, would be for Italy to be grandfathered in under the pre-2016 rules. This way, the Italian government could work to directly recapitalize the most vulnerable banks – Monte Paschi, for example. It could also be the most politically costly, fanning populist flames that are already pushing the Euroskeptic MS5 party into the limelight.

Likewise, it would be an egg on the face for German Chancellor Angela Merkel, who has steadfastly held that “we wrote the rules for the credit system, we cannot change them every two years.” With German federal elections next year, anything that makes Merkel look unmoored from her principles could easily stir dissention in her own CDU party and support for AfD, Germany’s own Euroskeptic party. This is another potential paradox for Renzi: save the Italian banking system; leave vulnerable Europe’s anchor in Merkel.

This all seems so familiar: making short-term political compromises in face of a referendum or election, only to pay the piper down the road. Sound familiar? David Cameron’s pledge for a Brexit vote as a way to appease the right-wing of the Tory party and UKIP seemed meaningless at the time, but here we are. The next few months could unfold along similar lines for Renzi and Merkel. This may be a zero-sum situation: if the Italian banking system is saved, Rezni and Merkel may be on the ropes; if it isn’t, then Monte Paschi may soon be seen by history as Europe’s Bear Stearns. –CV