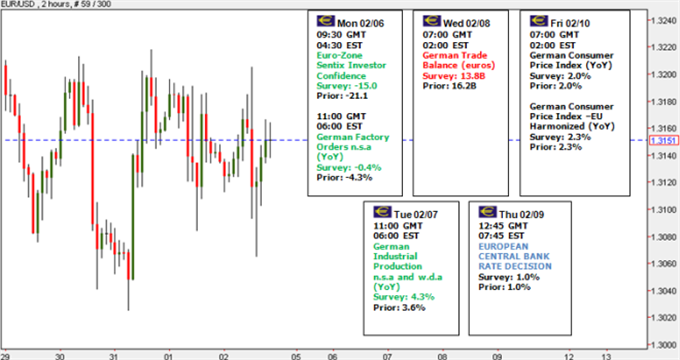 This could be it. We’ve been saying that for months, as Euro-zone leaders play a dangerous game of chicken with Greek politicians and market participants, having brought us to the edge of imminent collapse multiple times in the second half of 2011 alone. Unlike other times, in which all actors appeared to have the same long-term goals, this viewing of the Greek drama looks to chart a new course – right out of the Euro-zone.

It’s been a far-fetched scenario to suggest that Greece may leave the Euro-zone altogether, as an orderly default seemed like the likely outcome. The script changed this past week, with tensions finally cracking in the Euro-zone’s core, while supranational European bodies struggle to find an answer in the Greek debt-swap impasse. After months of negotiations, and countless times of being told that we were within “hours” of a resolution, recent rhetoric suggests that a resolution may be a long ways away. The European Central Bank has publicly stated that it will not take a haircut on its Greek debt; Greek Prime Minister Lucas Papademos is reportedly threatening to step down over the negotiations; the European Troika has threatened to withhold any further bailout funds unless the debt-deal is completed and additional austerity measures are implemented; and German leadership has asked for control of Greek finances.

The situation is clearly a mess. Chatter across trade desks today suggested that a Greek default could occur as soon as this weekend, with an exit soon after. Markets have not priced this in considering the recent rally, and the exceptionally bullish U.S. labor market reading on Friday overshadowed these recent developments. In my opinion, market participants are vastly underestimating the notion of a Greek default; while a “Lehman Moment” may be off the table thanks to the ECB’s long-term refinancing operation (LTRO), the issue at hand is what will happen to sentiment. I remain highly skeptical that a Greek default would just be brushed aside; the ECB would need to be extra diligent to prevent other PIIGS’ bond yields from soaring on the threat of contagion. This is the most important item to keep in mind for the coming days.

In light of the recent optimism, and now the even more recent hesitation, the Euro has struggled this week to break the psychologically significant 1.3200 level against the U.S. Dollar. This level was key support in mid-December, and since then, the EUR/USD has failed to post consecutive closes above 1.3200 since then. This is our line in the sand for further advances by risk-correlated assets, specifically equity markets and periphery bonds.

With all of this in mind, the most important scheduled event for the Euro during the first full week of February is the ECB rate decision on Thursday. President Mario Draghi’s LTRO has saved the market from a major collapse, in my opinion, as it unclogged the increasingly frozen European interbank markets. Additionally, the ECB’s bond purchase program – one which Draghi has called “temporary by nature” – has helped quell concerns that Italian and Spanish 10-year bond yields would make a sustainable break above the 7.000 percent threshold, the yield at which Greece, Ireland, and Portugal asked for international assistance. With no rate cut expected, Draghi’s post-meeting conference becomes that more important, and could mark another decisive moment in the crisis amid the breakdown in the Greek debt-swap negotiations. –CV