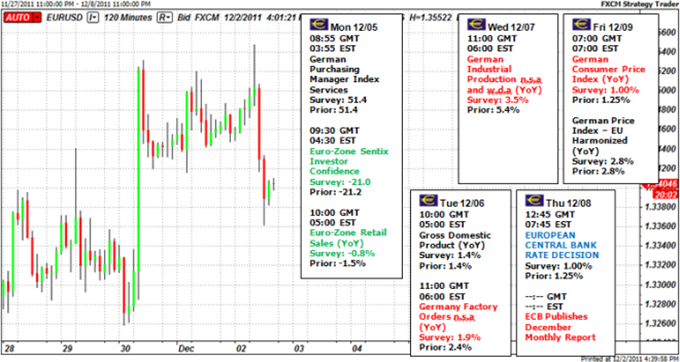 Despite a coordinated effort to prop up the Euro by unfreezing liquidity in the interbank market, the common currency only managed to post a meager 1.3 percent gain against the U.S. Dollar. This is surprising considering the performance of the commodity currency block and equity markets over the past five days: the commodity currency block was up 4.32 percent against the U.S. Dollar; and U.S. equity markets were up over 7 percent each for the past week.

Besides this reaction being a disparaging sign that market participants are averse to holding the Euro, the move by the central banks on Wednesday is a major red flag. Over the past several weeks, we’ve been monitoring the Euribor-OIS 3-month spread, the rate at which Euro-zone banks lend unsecured funds to one another. This rate has been on the rise steadily over the past several months. For context, the last time the Euribor-OIS 3-month spread was this elevated and in an uptrend was in September 2008, right after Lehman Brothers went under. In fact, despite the move on Wednesday, the Euribor-OIS 3-month spread closed this past week at its yearly high. Clearly, more needs to be done by Euro-zone leaders to remedy a rapidly deteriorating situation.

The first of these efforts will come on Thursday, when the European Central Bank holds its monthly rate decision. At its last meeting, the ECB cut its key interest rate by 25-basis points to 1.25 percent, and another 25-bps cut is forecasted for December’s decision. According to Credit Suisse’s Overnight Index Swaps, markets are pricing in 82.9 percent chance of the Governing Council cutting rates to 1.00 percent. Another rate cut here would be monumental: in his first two meetings, ECB President Mario Draghi would have undone his storied predecessor’s (ill-advised) rate hikes. Aside from the fact that markets would ideally want a rate cut to encourage more lending and growth, at this stage in the game, European markets need a rate cut on Thursday.

Typically, the ECB rate decision would be the headline event for this week; not this week. Euro-zone leaders are holding another summit at the end of this week, to address potential changes in the region’s binding treaty as to allow for fiscal union. Similarly, there will be discussion held to allow for the ECB to print Euros to soak up periphery bonds, as well as implement a potential exit mechanism for countries that no longer want to be in the Euro-zone. All of these have drastic ramifications.

Going into the negotiations, it should be noted that German Chancellor Angela Merkel’s party this week pledged it would not support unlimited bond buying or the creation of Euro bonds (fiscal union). However, Merkel has said that she supports the provision for an exit mechanism. This leads to an interesting paradox: why would Germany want to allow for a country to exit the Euro-zone but not allow the region to implement the measures that would ensure its survival? This makes little sense and suggests that Germany may be priming markets for its exit in the future. Indeed, last month, the Financial Times reported that the Bundesbank, Germany’s central bank, was looking into the technical details of reinstalling the German Mark. As such, in any outcome – a periphery nation leaves the Euro-zone, Germany leaves the Euro-zone, the Euro-zone treaty is changed to allow for fiscal union, or the ECB is given permission to flood markets with Euros – the Euro is primed for a major decline, at least fundamentally, in the medium-term. –CV