The fundamental environment nurturing gold’s surge to fresh record highs has shown little signs of abating, despite a noticeable stabilization of the Federal Reserve’s balance sheet in recent weeks and the inability of US policymakers to deliver an additional round of much needed fiscal stimulus, as the upcoming FOMC meeting shifts into focus.

After ballooning over $3 trillion in the space of three months and eventually peaking on June 10 at $7.17 trillion, the Fed’s balance sheet has noticeably plateaued over the last 12-weeks and could be major factor behind the recent consolidation seen in gold prices.

Moreover, 5-year inflation expectations have struggled to move higher after climbing to a post-crisis high of 1.67% on August 27, which appears to have coincided with bullion’s struggle to overcome psychological resistance at the $2000/oz mark.

That being said, the central bank’s adoption of average inflation targeting (AIT) suggests that the provision of additional monetary stimulus is on the cards, as the Fed seeks “to achieve inflation that averages 2 percent over time”. 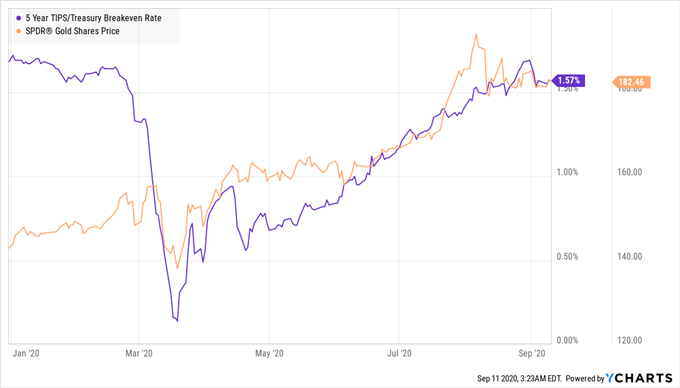 Chairman Jerome Powell flagged the “persistent undershoot of inflation from our 2 percent longer-run objective” as a cause for concern and stressed that “inflation that is persistently too low can pose serious risks to the economy [and] lead to an unwelcome fall in longer-term inflation expectations” at the Federal Reserve’s annual Jackson Hole economic symposium.

Powell added that “well-anchored inflation expectations are critical for giving the Fed the latitude to support employment when necessary”.

Therefore, in light of an unwelcomed rise in continuing jobless claims and an unemployment rate of 8.4%, it seems rational to expect US policymakers to act at their upcoming monetary policy meeting.

Furthermore, the lack of progress in Congressional stimulus talks may prompt the central bank to pick up the slack in its quest to achieve its “maximum employment and price stability goals”, as the Senate failed to pass a drastically reduced fiscal aid package.

The proposed $500 billion stimulus package is a fraction of the $2.2 trillion demanded by Democrats, and less than the Republican’s suggested $1 trillion bill.

To that end, gold looks poised to climb back towards the record high set on August 7 if the US central bank opts to deliver additional stimulus measures. 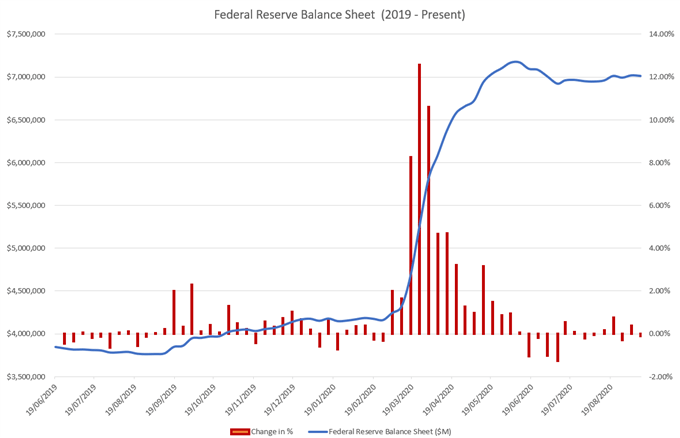