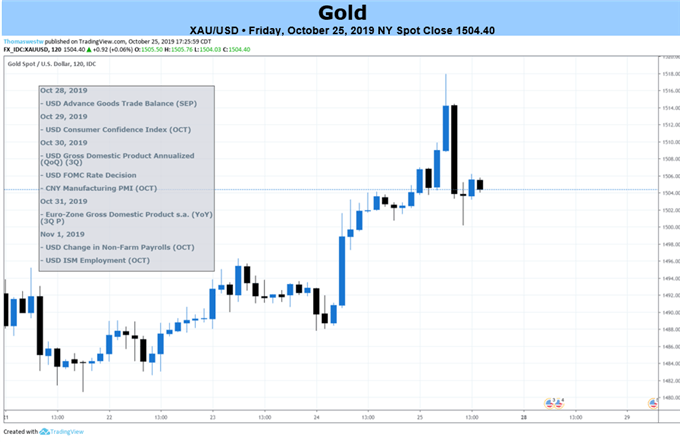 Fresh developments coming out of the Federal Reserve is likely to influence the price of gold as the central bank is widely expected to deliver another rate cut in October.

The price of gold trades within the monthly opening range ahead of the Federal Open Market Committee (FOMC) interest rate decision, but the precious metal may exhibit a more bullish behavior amid the weakening outlook for the US economy.

The US Gross Domestic Product (GDP) report may further the case for another Fed rate cut as the update is anticipated to show the economy growing 1.6% in the third quarter of 2019 after expanding 2.0% during the previous period.

At the same time, Personal Spending is expected to increase 2.5% following the 4.6% rise during the three-months through June, and the slowdown in private-sector consumption may become a growing concern for the FOMC as household spending “has been the key driver of growth.”

In response, the FOMC may continue to reverse the four rate hikes from 2018 especially as “US President Donald Trump tweets that the “Fed was way too fast to raise, and way too slow to cut.” 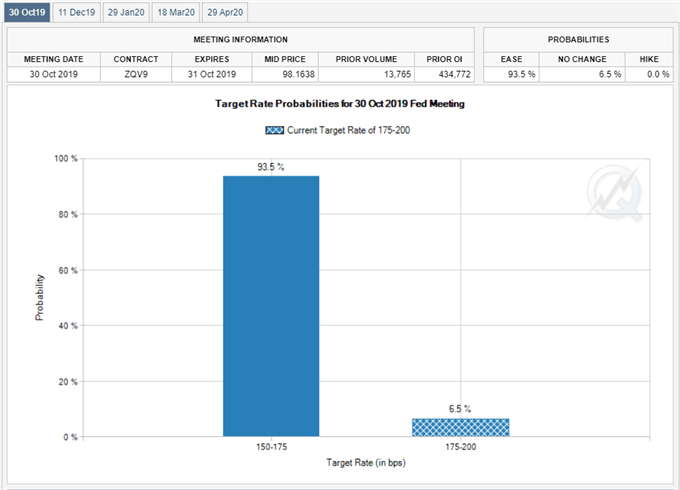 Moreover, Fed Fund futures reflect a greater than 90% probability for another 25bp reduction on October 30, and Chairman Jerome Powell and Co. may continue to endorse a dovish forward guidance amid the ongoing shift in US trade policy.

However, it remains to be seen if Fed officials will project a lower trajectory for the benchmark interest rate as a few participants judged “that it might become necessary for the Committee to seek a better alignment of market expectations regarding the policy rate path with policymakers' own expectations for that path.” 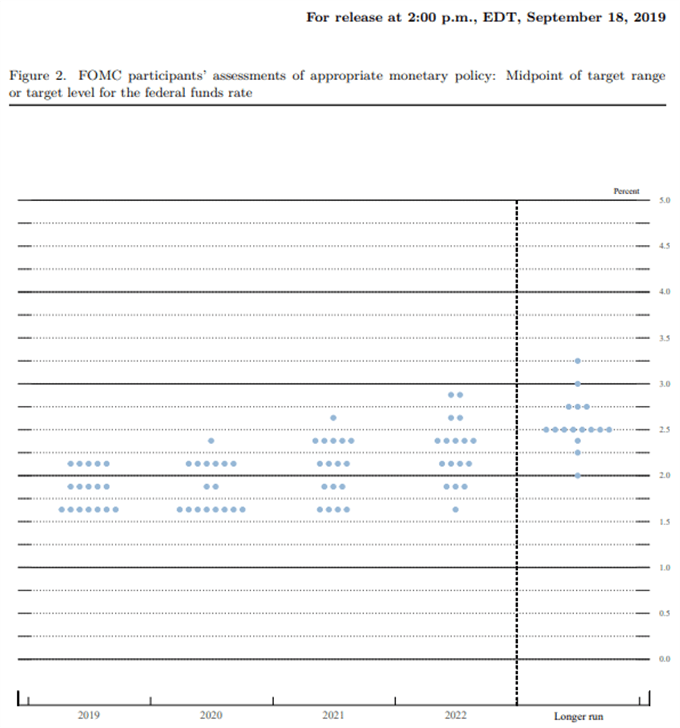 Signs of a US-China trade deal may encourage Fed officials to tame speculation for lower interest rates, and a less-dovish statement may drag on the price of gold as the most recent Summary of Economic Projections (SEP) show the benchmark interest rate around 1.50% to 1.75% through 2020.

However, the FOMC may express a greater willingness to further embark on its rate easing cycle as the central bank makes an unexpected announcement to purchase US Treasury Bills in the secondary market.

With that said, falling interest rates along with fears of a global recession may heighten the appeal of gold, and market participants may hedge against fiat currencies as the International Monetary Fund (IMF) continues to cut its growth forecast for the world economy.

Keep in mind, the broader outlook for gold prices remains constructive as both price and the Relative Strength Index (RSI) clear the bearish trends from earlier this year, with the precious metal trading to a fresh yearly-high ($1557) in September.

However, the RSI warns of a prolonged correction for gold as the oscillator continues to track the downward trend from June, with recent price action raising the risk for a head-and-shoulders top.

The string of failed attempts to close above the Fibonacci overlap around $1509 (61.8% retracement) to $1517 (78.6% expansion) may produce range-bound conditions, but a bull-flag may continue to take shape as the price of gold preserves the monthly opening range.