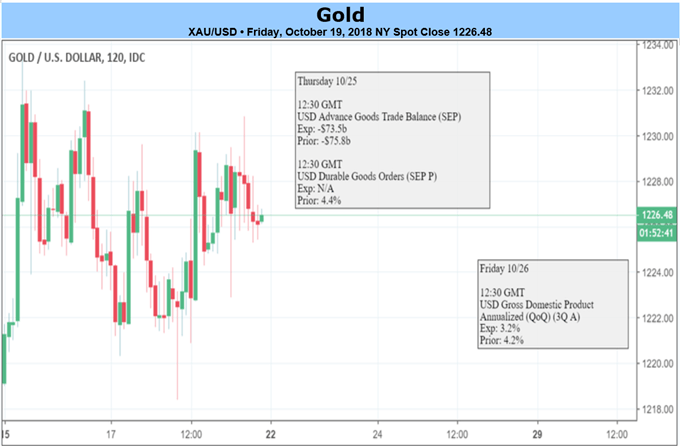 Gold is on course for its thirdly weekly gain with the precious metal continuing to benefit from the shaky sentiment that has gripped equity markets. Following the surge in prices on October 11th, gold has continued to hover around its best levels since July, while SPDR gold holdings (largest gold backed ETF) has seen inflows of over 2% over the past two weeks. Prices saw a bounce off support at $1218, which in turn increases scope for a push towards resistance at $1240.

Alongside this, gold speculators currently hold the largest short bets on record with net shorts at the highest since 1999, when the price gold was $255. Subsequently, given the speculative positioning, gold could be vulnerable to an extended bullish breakout

Investors will be keeping an eye on the latest trade balance figures given the trade war environment the US and China. Since the implementation of US tariffs on China, the trade deficit that the US holds with China continues to hover around record levels. As such, failure to show any signs of narrowing could increase tensions between the two nations. Elsewhere, the first readings for Q3 GDP figures will be released at the back end of the week with analysts expecting a decline to 3.2% from 4.3%. Regional Fed models have been relatively wide-ranging with Atlanta Fed models calling for a 3.9% growth rate, while New York models stand at 2.13%. 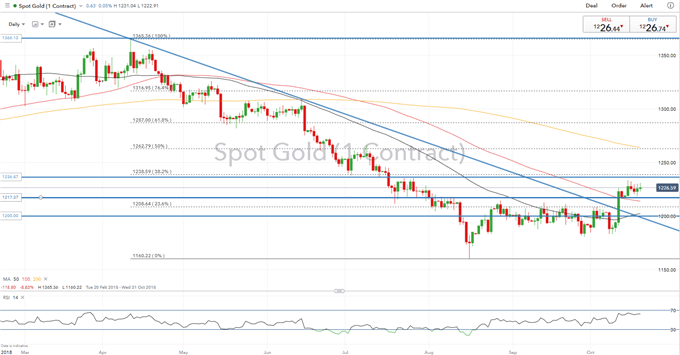