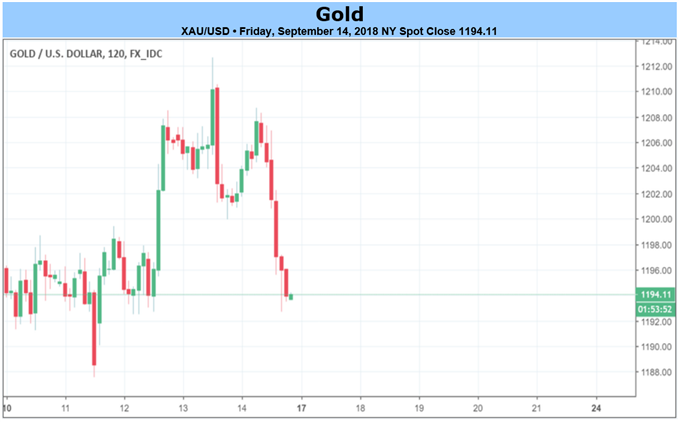 After some trading above and below last week’s close, it looks like gold is poised to end Friday at the same level as Monday’s open. Around the $1195 area, the metal continues to act against its traditional status as a safe-haven asset. This is largely due to the strength of the US Dollar, as ounces of gold are denoted in Dollars. With that in mind, the Dollar basket has shown considerable strength in recent months and that has contributed to gold’s decline. 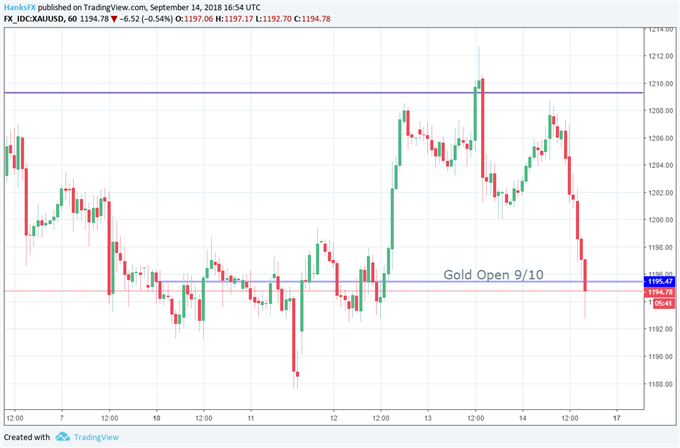 In the hourly chart above, we can see the impact of trade wars on gold. Once reports came out that President Trump asked his aids to push forward with the $200 billion in tariffs on China, the precious metal proceeded lower mid-day in the Friday session. Looking at the Dollar basket, you would see an inverse of this price action.

Further, the re-emergence of trade wars will likely exert some pressure on emerging markets other than China. Emerging currencies were just beginning to stabilize and that was reflected in a weakening Dollar. Now that the $200 billion in tariffs seems probable, expect emerging market weakness to re-emerge somewhat.

Even if downward pressures were to wane, events to propel gold higher are limited. First off, the economic calendar for the week is very quiet so action due to data releases will be minimal. 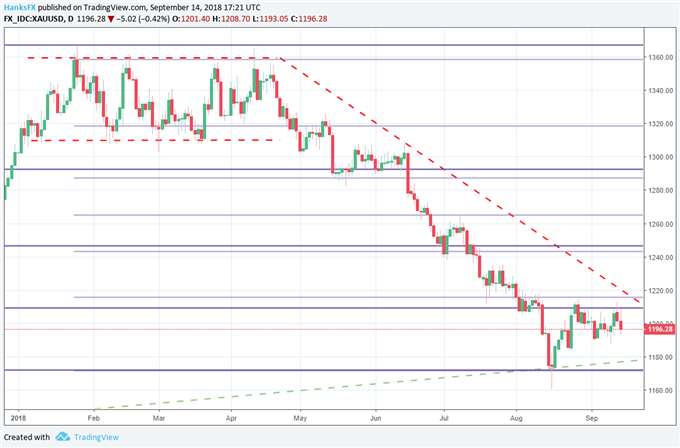 Looking briefly to technicals, gold is approaching the trend line dating back to April when gold began a rather precipitous descent. Should gold trade higher next week, expect firm resistance at this line and a potential decline to support dating back to 2015. 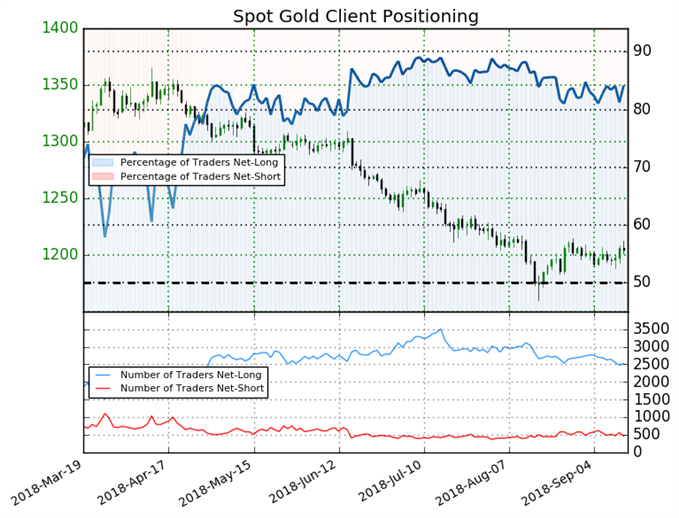 Trader positioning for gold is overwhelming bullish with 82.4% of clients net-long on the precious metal. Usually we take a contrarian stance to this indicator which would suggest gold is likely to continue lower in the coming week.