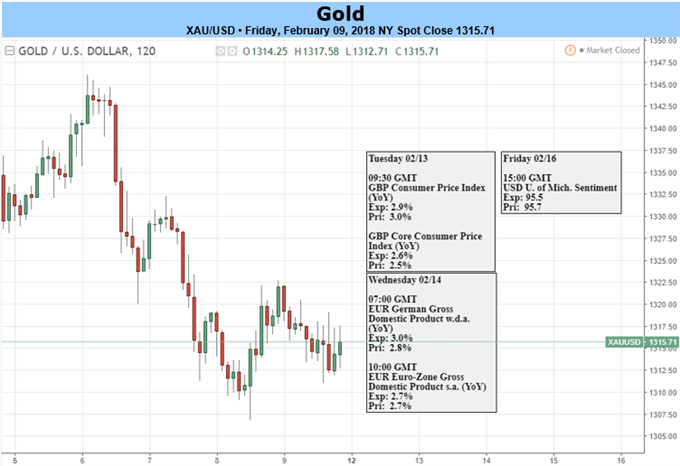 Gold prices are fell for the second consecutive week with the precious metal off by more than 1.5% to trade at 1312 ahead of the New York close on Friday. The losses come amid a tumultuous week in equity markets with all three major US stock indices trading lower by nearly 8%. The total declines off the January record highs takes us into correction territory with the indices now trading lower year-to-date. For gold, the panic offered little support with bullion continuing to target the 2018 open just lower.

Headlines continue to be dominated by speculation that last Friday’s strong Non-Farm Payrolls figures (specifically wage growth) have spooked market participants over fears of rising inflation which could stoke the Federal Reserve to tighten at a faster pace. Gold is caught in a tug-of-war from a fundamental standpoint. An increase in inflation expectations would typically be supportive but the focus on how this may impact the path for monetary policy continues to outweigh sentiment.

Continued strength in the U.S. Dollar has also weighed on Gold prices with the DXY building on last week’s reversal with a 1.6% rally. Next week traders will be closely eyeing more inflation data with the release of the January U.S. Consumer Price Index (CPI) and Retail Sales on tap for Wednesday. From a technical standpoint, there’s a little more room for further losses near-term, but we’re generally on the lookout for a near-term low heading deeper into February trade. 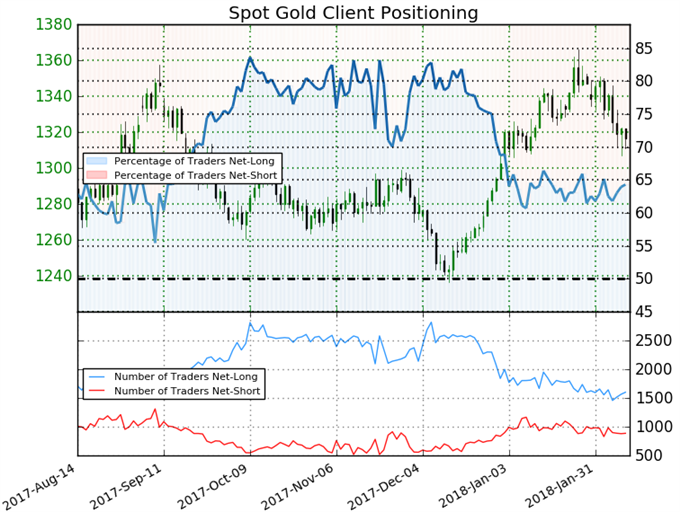 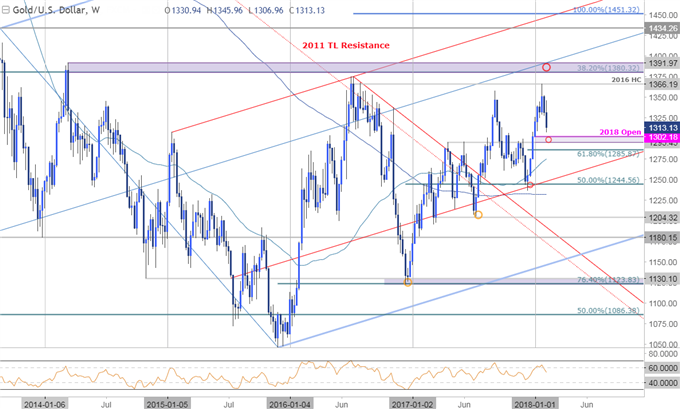 Despite this week’s volatility, the broader gold outlook remains unchanged- “Gold prices reversed sharply off the 2016 high-close at 1366 last week with decline taking out the entire previous weeks advance. The broader uptrend remains vulnerable heading into next week with support eyed at 1295-1302 backed by our bullish invalidation at 1285. A breach higher targets key confluence resistance at 1380/92.” 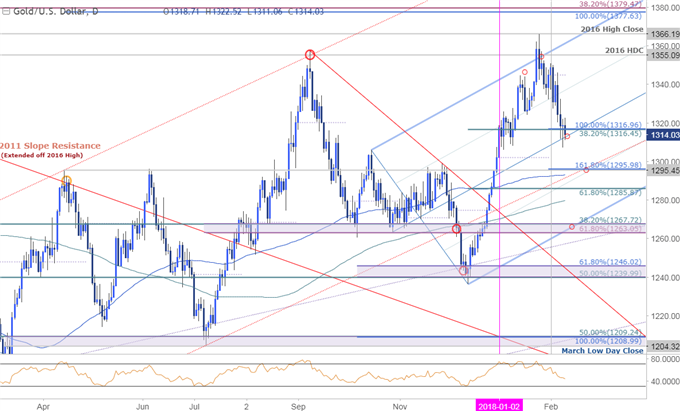 Last week we noted that “the RSI profile now casts a corrective stance on momentum with the oscillator breaking back from overbought condition.” The decline is now testing the median-line of the ascending pitchfork formation we’ve been tracking. A weekly close below this level risks a decline back towards the 50-line which converges on a horizontal resistance at 1295/96. 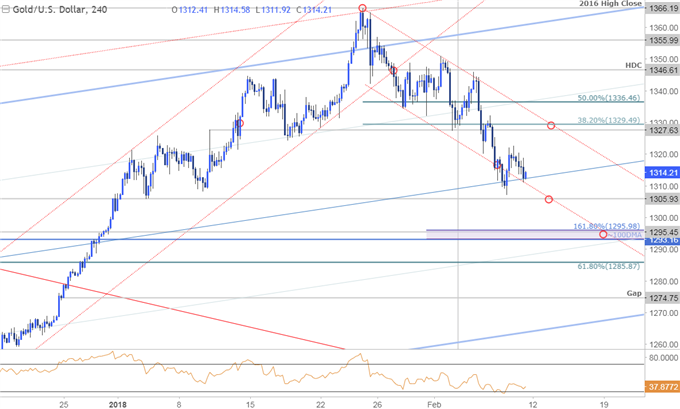 A closer look at gold sees prices turning just ahead of the October high at 1305 with the broader decline largely trading within the confines of a near-term descending channel formation. We could see some relief early next week but the risk remains lower while below 1327/29 with a break lower targeting key support targets at 1293/95 & 1285- both levels of interest for possible exhaustion / long-entries IF reached. (note that a possible head & shoulders break this week highlights the risk for a measured move into 1288). Bottom line: the risk is lower next week with the decline to ultimately offer more favorable entries within the broader up-trend.