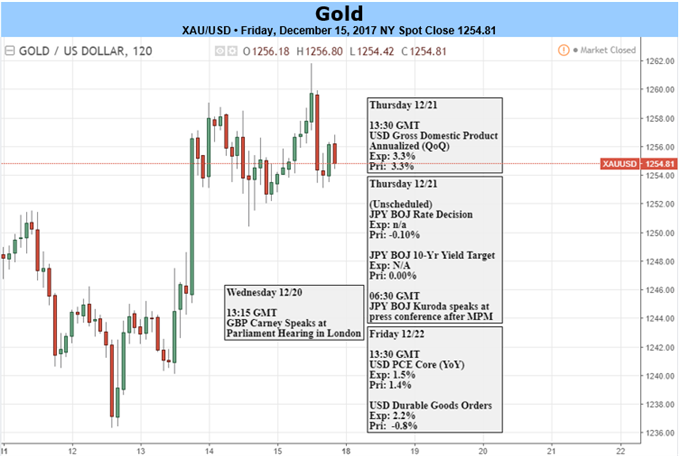 Gold prices snapped a three-week losing streak with the precious metal up 0.44% to trade at 1253 ahead of the New York close on Friday. The advance comes on the heels of the FOMC policy meeting and amid continued strength risk markets with the all three major U.S. equity indices poised to close higher on the week.

The FOMC raised interest rates by 25bps as expected this week with the updated quarterly projections showing an upwardly revised print on forecasts for both GDP and employment (unemployment down to 3.9% from 4%). Interestingly enough, expectations for the Core Personal Consumption Expenditure (PCE) remained unchanged at 1.9%, just shy of the central bank’s 2% inflation target.

This suggests that while growth prospects remain firm, the central bank continues to expect subdued underlying price growth to carry over into next year. With inflation remaining the laggard of the Fed’s dual mandate of price stability and full employment, the committee will likely be in no hurry to aggressively hike rates next- a positive for the yellow metal. Heading into next week, the focus is on a break of a key range between 1240-1267 as we look for further signs of basing in gold prices. 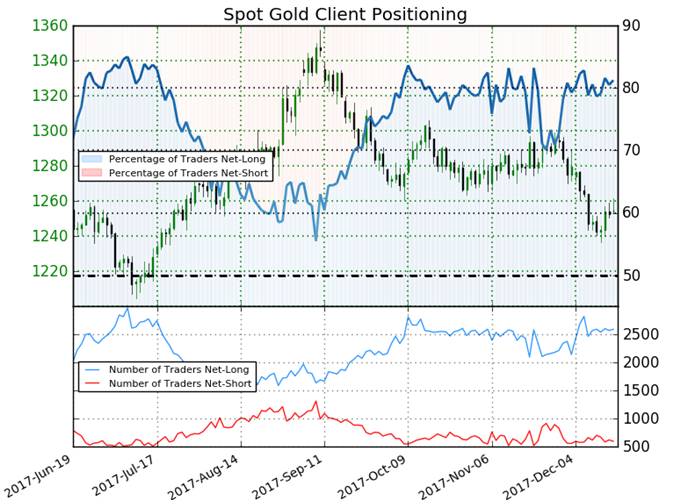 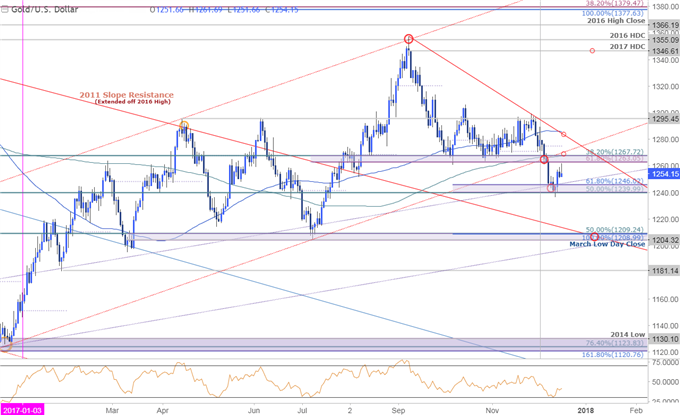 Last week we noted that gold prices had, “approached a key support confluence highlighted in our 4Q Gold Forecast at 1240/43. This region is defined by the 61.8% extension of the decline off the yearly highs and the 50% retracement of the December advance with the long-term 200-week moving average converging on up-slope support just lower… Bottom line: from a trading standpoint I’d be looking for either evidence of an exhaustion low into this support zone OR a breach above yearly trendline resistance before tempting long exposure here heading into the Fed next week.”

Gold registered a low of 1236 before reversing higher with the advance now eying initial resistance at 1263/67–a critical pivot zone. Subsequent topside objectives are eyed at 1285 (slope resistance / 100-day moving average) with a breach / close above 1295 would be needed to mark resumption of the broader uptrend. Such a scenario sees targets at the 2017 high-day close at 1346 backed by 1355 and the 2016 high close at 1366. 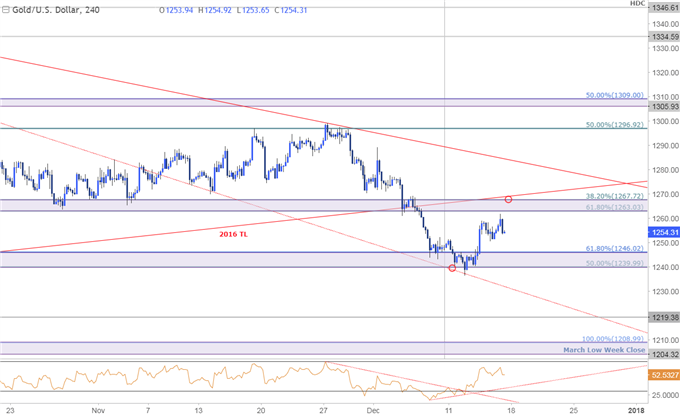 A closer look at near-term price action further highlights this support zone and heading into next week, the focus remains higher against this key threshold. A break below this threshold would shift the focus lower targeting 1219 & critical support / bullish invalidation at 1204/09(an area of interest for exhaustion / long-entries IF reached).

Bottom line: We’ll be looking for further evidence that a near-term low may be in place. From a trading standpoint, our outlook remains weighted to the topside for now while above 1240.