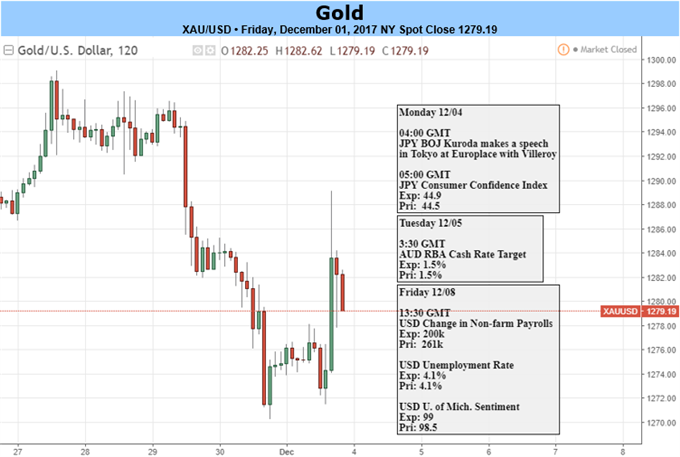 Gold prices are down for the second consecutive week with the precious metal off 0.57% to trade at 1280 ahead of the New York close on Friday. The losses come amid continued strength in broader risk assets with all three major U.S. Indices probing fresh record highs this week.

Heading into next week markets will be highly reactive to headline risk from the ongoing debate on the tax reform bill. Tax reform could ultimately weigh on gold prices IF the move stokes inflation closer towards the Fed’s 2% target and forces the central bank to hikes rates at a faster pace next year. That said, the degree to which this would impact the larger outlook for bullion prices may be limited.

U.S. Non-Farm Payrolls are on tap next Friday and consensus estimate are calling for the addition of 200K jobs for the month of November with unemployment widely expected to hold steady at 4.1%. Keep a close eye on the average hourly earnings as concerns over subdued wage growth may keep the central bank on hold in the first half of 2018, especially amid the upcoming rotation within the FOMC. For gold, the technical outlook heading into the December open allows for some further losses before risking major damage to the broader uptrend in bullion prices. 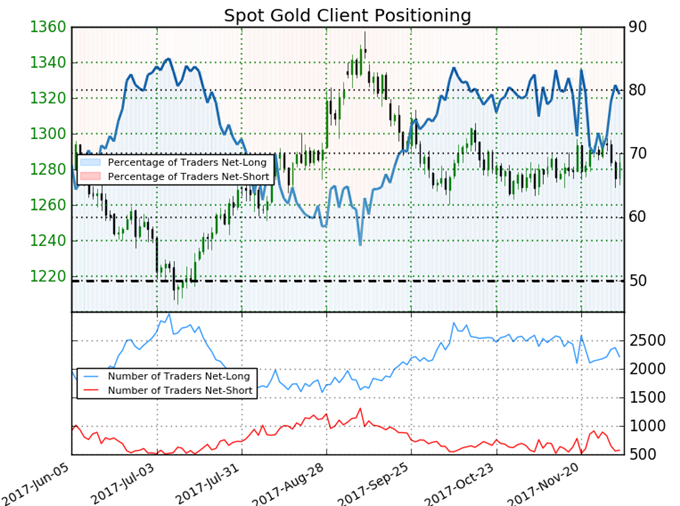 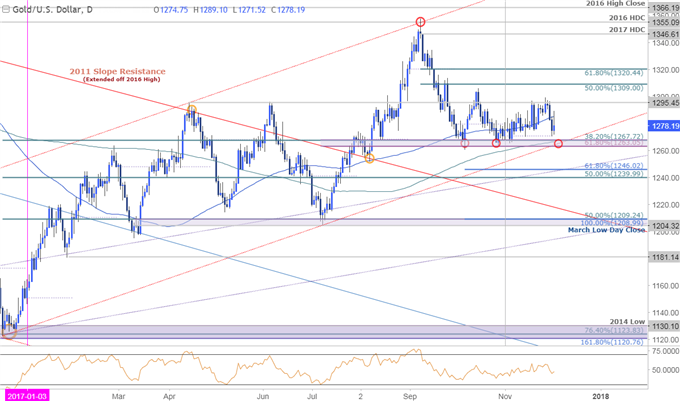 Gold has continued to hold within the confines of a well-defined range between 1263-1295 for the entire month of November and heading into December trade, the focus remains on a break of this zone. As we noted in our 4Q Gold Forecast, key support and broader bullish invalidation for the yearly up-trend in gold rests lower at 1240/46. 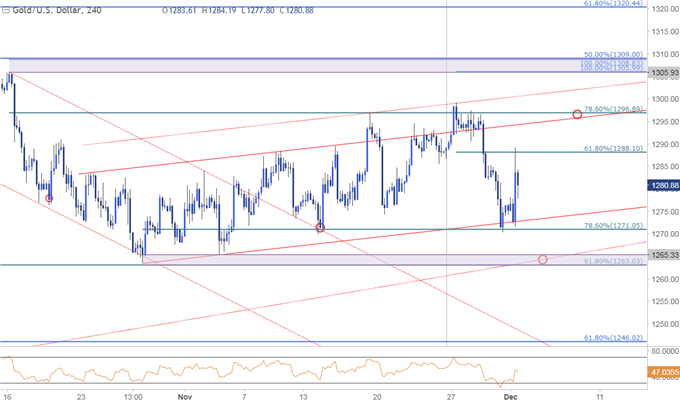 A closer look at near-term price action sees gold holding within this ascending slope formation extending off the late-October low. A reversal off the upper parallel saw prices drop into the 78.6% retracement / channel support at 1271. Heading into the December open we’ll be looking for an exhaustion low with a breach above 1296 needed to clear the way for a run on 1305/09- a rally surpassing this level would mark resumption of the broader uptrend.

A break below 1263 would leave prices vulnerable for a drop into key support at 1246 & 1240. Bottom line: We’re looking for either a response at key support levels just lower OR a breach of this week’s high to tempt long interest. Until then, we’ll maintain a neutral stance for our medium-term outlook on gold.