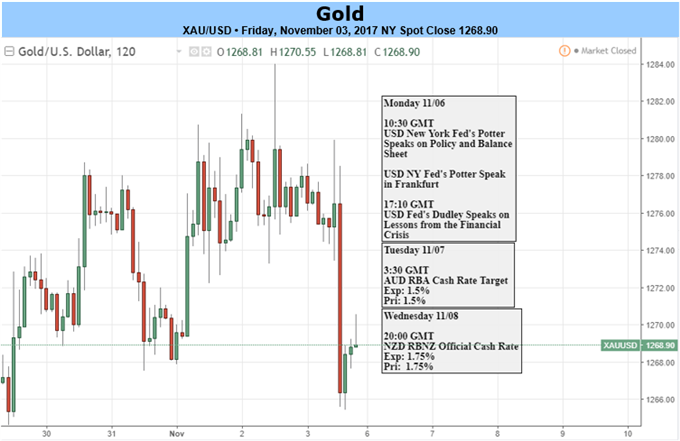 Gold prices are down for the third consecutive week with the precious metal off by .43% to trade at 1267 ahead of the New York close on Friday. Bullion closed the month of October up just 0.28% and continues to trade within that monthly range into the November open.

A mixed U.S. Non-Farm Payroll report on Friday saw gold prices drop to the lowest levels of the week. The headline print missed consensus estimates with a read of just 261K, with surprise drop in the unemployment rate to 4.1%. Average hourly earnings came in soft at 2.4% y/y, with the Labor Force Participation rate dropping its lowest level since May at just 62.7%. The release is unlikely to waver the Fed’s plan to raise rates next month with Fed Fund Futures still showing an 80% + probability the central bank will hike by 25bps in December.

The dollar saw a brief sell-off before paring losses into fresh weekly highs despite the soft report with gold slumping lower into the close. It’s a quiet week for U.S. data and the focus heading deeper into November trade is on a reaction at key support / resistance zones in bullion prices and the DXY respectively. 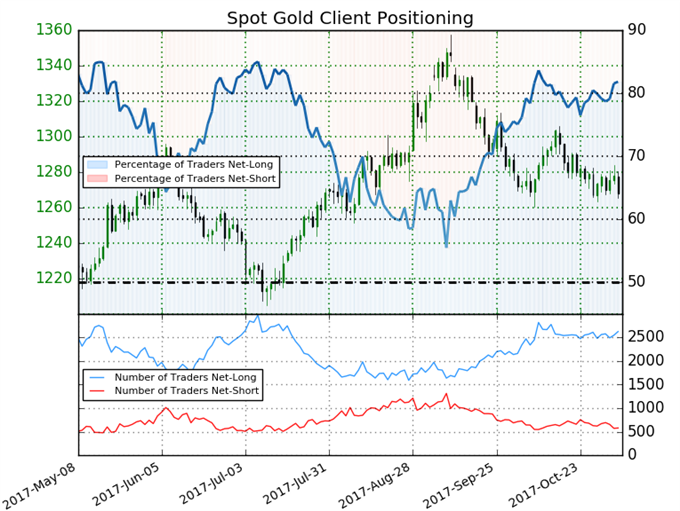 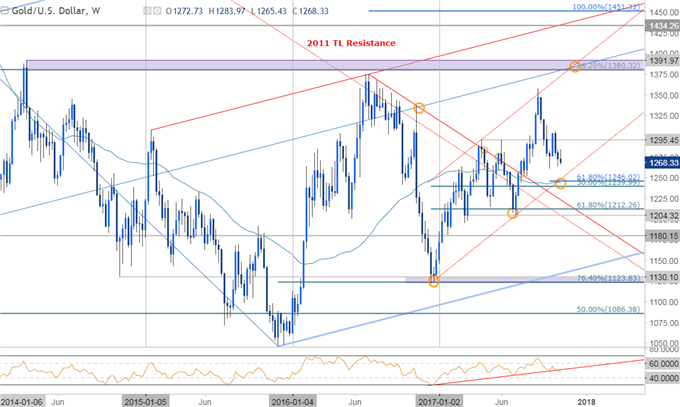 The broader outlook for gold remains unchanged and as highlighted in our 4Q forecast, prices remains constructive while above key confluence support at 1240/46. This region is defined by the 61.8% ext of the decline off the yearly high, the 50% retracement of the December rally and the 52-week moving average. Note that basic slope support also converges on this region this month and further highlights the technical significance of this threshold heading into November trade. Critical resistance heading into the yearly close remains at 1380/91. 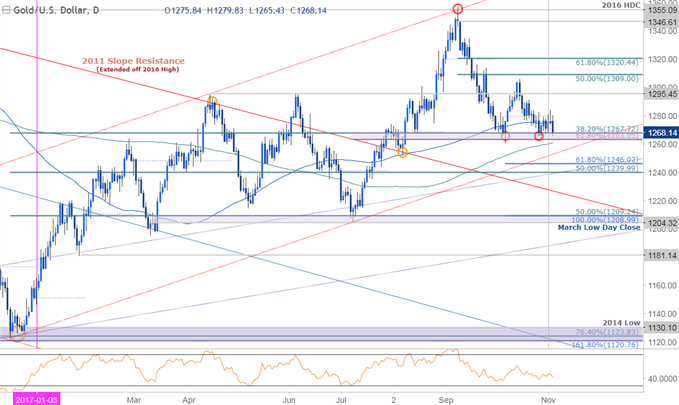 Prices have continued to hold above the October opening-range lows with near-term support still seen at 1263 (backed closely by the 200-day moving average at 1261). The focus heading into the start of next week will be on this key support range and while prices may have yet to make a low, I’ll be looking for signs of exhaustion on a move lower. A break below this threshold would shift the focus towards confluence support down at 1240 (bullish invalidation). 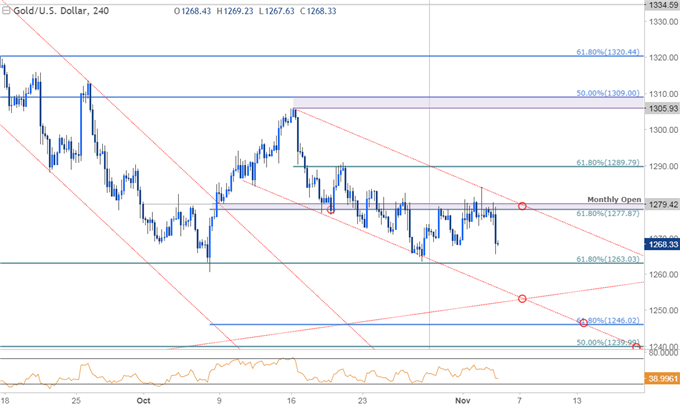 Yet another adjustment to our near-term slope continues to highlight interim resistance at 1278/79. A breach above this region would be needed to alleviate further downside pressure with such a scenario targeting resistance objectives at 1290 and 1306/09 (breakout territory). A break below 1263 still has to contend with the slope confluence at ~1253 backed by 1246 & 1240- area of interest for exhaustion / long-entries IF reached.

Bottom line: heading into November trade I’ll be looking for an exhaustion low, preferably early in the month, with a breach above this near-term descending slope needed to get thing going on the long-side.