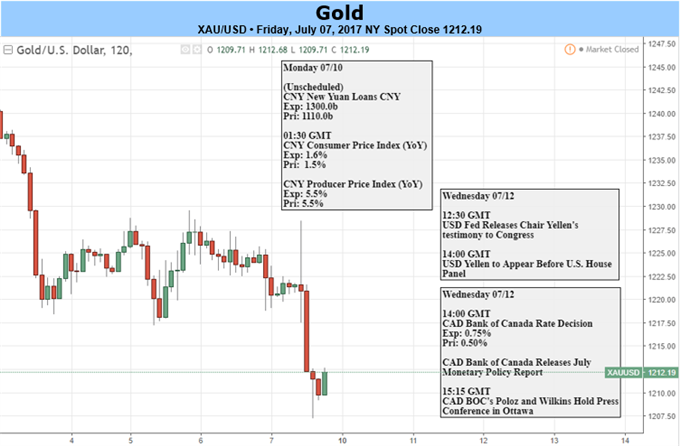 Gold prices were down again this week, with the precious metal off by nearly 2% to trade at 1216 ahead of the New York close on Friday. The decline is poised to mark the largest weekly decline in two months and comes alongside a near-term recovery in the greenback. While the broader outlook for gold remains weighted to the downside, prices are now approaching a key area of interest for support and heading into next week the focus will be on the 1204/09 zone.

Highlighting the economic docket next week will be the semi-annual Humphry Hawkins monetary policy testimony before Congress. U.S. Non-Farm Payrolls released on Friday highlighted a gain of 222K jobs last month with the labor force participation rate rebounding from a 6-month low to 62.8%. Average hourly earnings continued to disappoint however with a downward revision to last month’s read further emphasizing weakness in the inflationary outlook. That said, we’ll be looking for a fresh batch of commentary / questioning regarding the committees willingness to begin offloading the massive balance sheet this year and beyond the prepared remarks traders will be lending a keen ear to the Q&A session with Fed Chair Janet Yellen. The June Consumer Price Index (CPI) & Retail Sales figures are also on tap later next week and could fuel added volatility in both the USD & Gold. 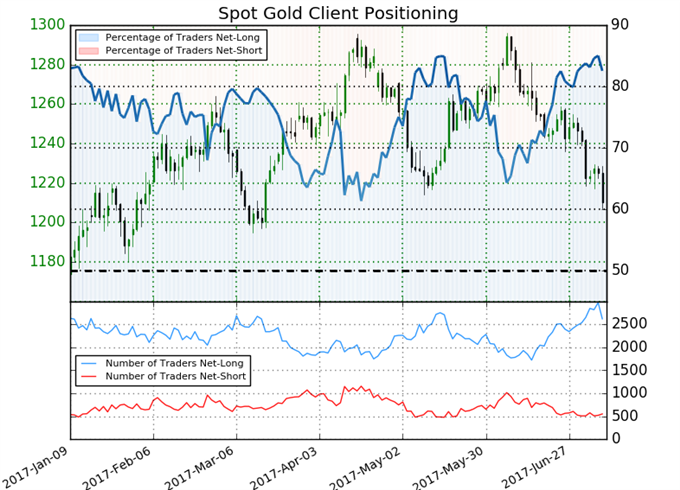 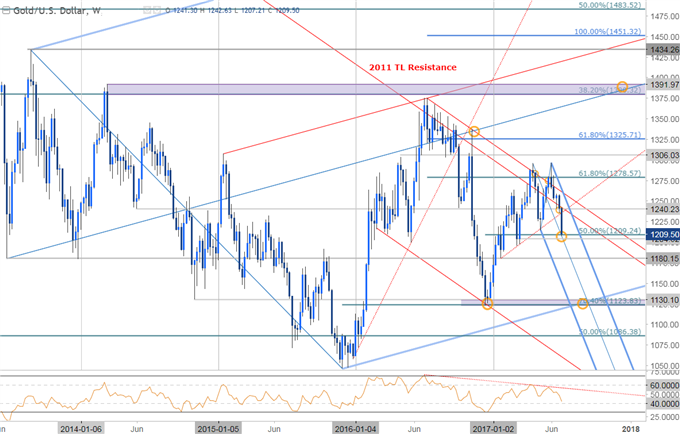 The break below basic trendline support extending off the late-January lows shifts the medium-term focus lower in gold prices with the decline now testing initial support at the confluence of the 50% retracement and the late-February low-day / low-week close at 1204/09. 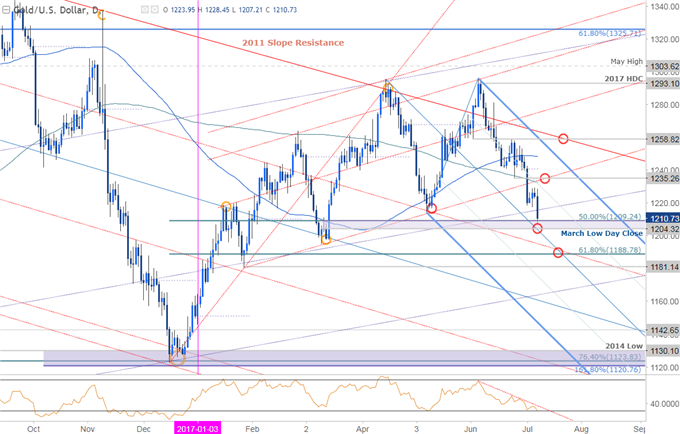 Prices probed into this key support zone on Friday. Note that the median-line of the current operative pitchfork currently converges on this zone and further highlights the technical significance near-term. Daily resistance stands with the 50-line / 200-day moving average / June 26th swing low at 1232/35. 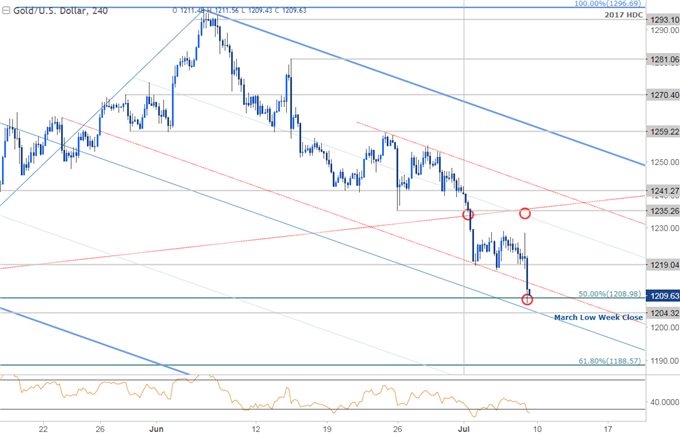 A closer look at price action sees gold continuing to trade within the confines of this descending pitchfork formation with prices approaching the median-line late in the week. The immediate short-bias is at risk into this support zone heading into next week. Initial resistance stands at 1219 with near-term bearish invalidation now lowered to 1235.

Bottom line: I’ll be looking for a rebound off these levels early next week with a breach above 1241 needed to shift the broader focus higher in gold prices. A break of the median-line targets subsequent support objectives at 1188 and the 1/27 swing lows at 1181.