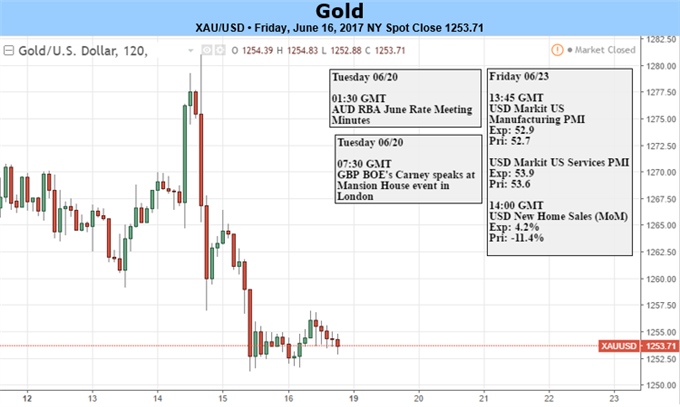 Gold prices are down for the second consecutive week with the precious metal off by more than 0.95% to trade at 1254 ahead of the New York close on Friday. The losses come on the back of a flurry of central bank rate decisions and although prices remain under pressure, technical support early next week could offer a reprieve to recent sell-off.

The FOMC interest rate decision on Wednesday saw what was perceived by some to be a ‘dovish hike’ in that the committee raised the benchmark interest rate (as expected), while softening its 2017 inflation forecast. Of the Fed’s dual mandate of fostering maximum employment and price stability, inflation has remained the laggard and a lowering of the inflation outlook casts a shadow on the timing of the next rate hike. Interestingly enough, interest rate expectations haven’t changed all that much with markets still pricing a 50/50 chance the central bank will look to hike another 25bps in December to fulfilling the committee’s median dot-plot expectation of a three hikes this year.

While higher rates will tend to weigh on gold prices, which do not pay a dividend, talks of unwinding the Fed’s massive $4.5 trillion balance sheet may limit losses in the medium-term as markets digest the impact & pace of the Fed’s off-load. And while talks of normalization does suggest that the central bank is confident about the outlook for the US economy, concerns over external political / fiscal risks continue to loom. For gold, the technical picture remains vulnerable with this week’s decline taking price below the monthly opening range. 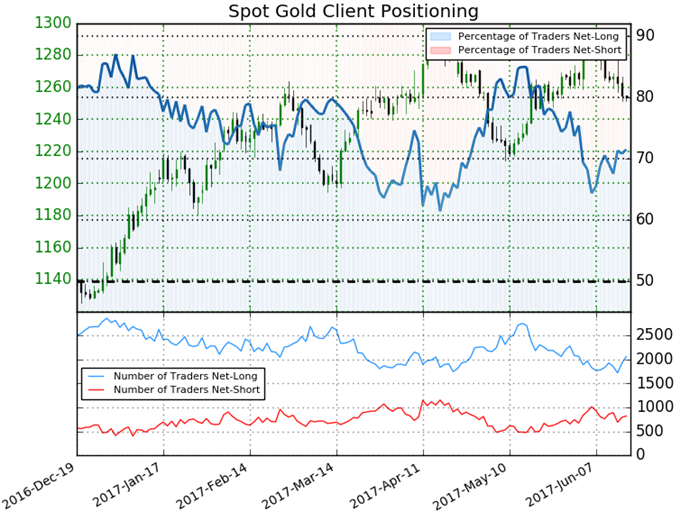 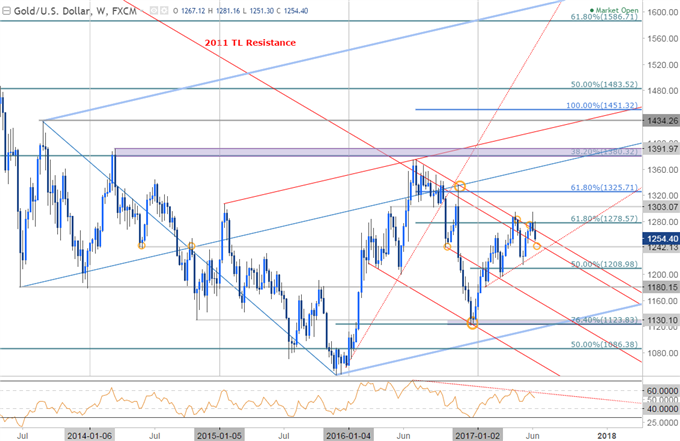 Gold prices have were unable to make a weekly close above key resistance at 1278 yet again this month, with the pullback now eyeing weekly support 1242 -backed closely by a basic trendline extending off the late-January low. 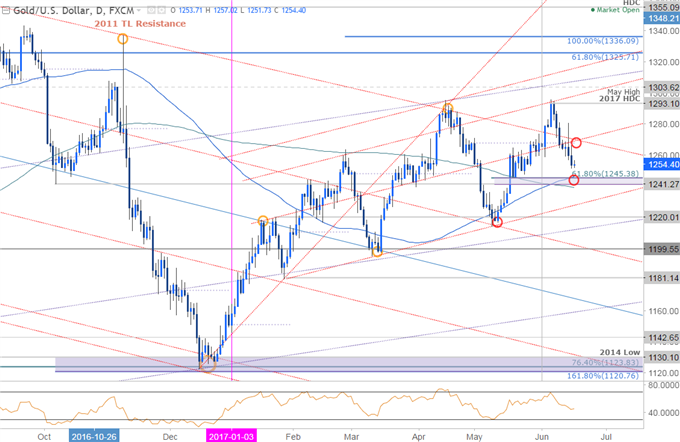 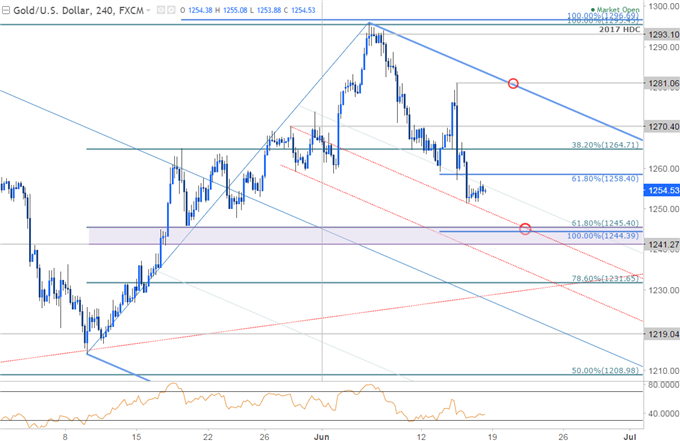 A closer look at price action sees gold continuing to trade within the confines of this descending pitchfork formation with prices holding just below the 50-line into the close of trade on Friday. Last week we noted that a break below monthly open support eyes a more “a more significant support zone at 1241/45- a region defined by the 61.8% retracement, the 100-day moving average and the October swing lows. Bottom line: look to fade strength sub-1284 heading into next week with a break sub 1264 needed to keep the near-term reversal-play operative.” The outlook remains unchanged heading into next week and we’ll be looking for some near-term exhaustion with a final drop into key support OR a breach above 1264/67 targeting the upper parallel.