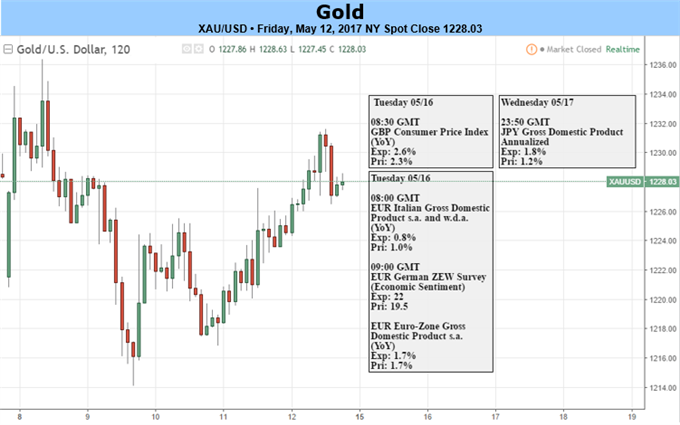 Gold prices snapped a three week losing streak with the precious metal rallying 0.17% to trade at 1230 ahead of the New York close on Friday. Gold prices have remains under pressure as prospect of higher interest rates from the Fed have continued to weigh on demand for non-yielding assets. That said, the pair is approaching key technical support barriers which are likely to offer a reprieve for the beaten metal which is down more than 5% off the yearly highs.

The U.S. April Consumer Price Index (CPI) released on Friday showed inflation coming in just below consensus estimates, pressuring the dollar lower into the close of the week. Of the Fed’s dual mandate of maximum employment & price stability, inflation has continued to be the laggard and may weigh on the willingness of the FOMC to further normalize policy. That said, as it stands the central bank continues to reiterate its expectations of two additional hikes this year. For gold, although the fundamental outlook remains challenging, technically prices are approaching areas of interest for near-term support with retail sentiment also stretching into extremes here. 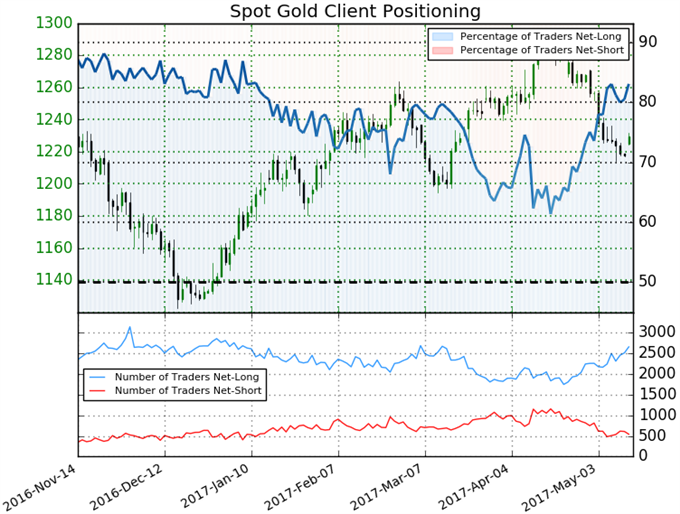 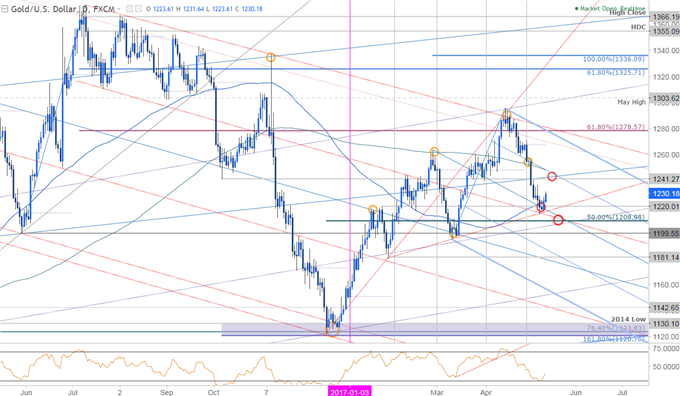 Last week we noted a base case scenario,“Bottom line: heading into the May open we’ll be on the lookout for a move lower into structural support, ultimately to offer more favorable long-entries.” Gold prices responded to confluence support this week around 1220 where the January highs converge on a pair of median-lines. Interim resistance now stands at 1241 and is backed closely by the 200-day moving average. A close above this level would be needed to shift the medium-term focus back to the long-side of gold targeting the monthly open at 1267. Critical resistance & broader bearish invalidation remains at 1278. 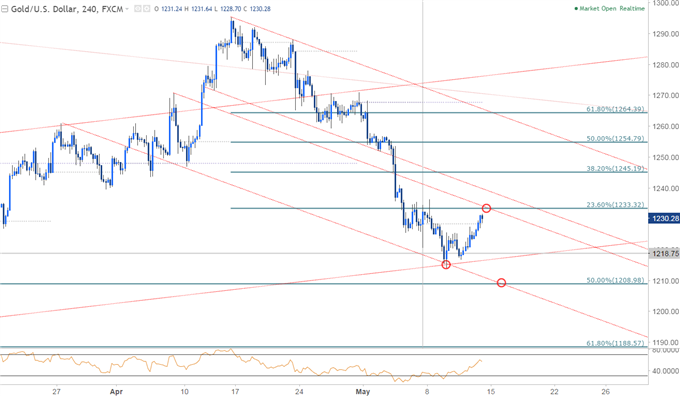 A closer look at the 4-hour chart shows gold holding within the confines of this descending slope with this week’s low registering at the lower parallel. Immediate resistance is eyed at 1233. While we can’t rule out one last run at key support at 1208, heading into next week the focus will be on a possible turn here in gold with a break above the median-line shifting the near-term outlook towards the upper parallels.