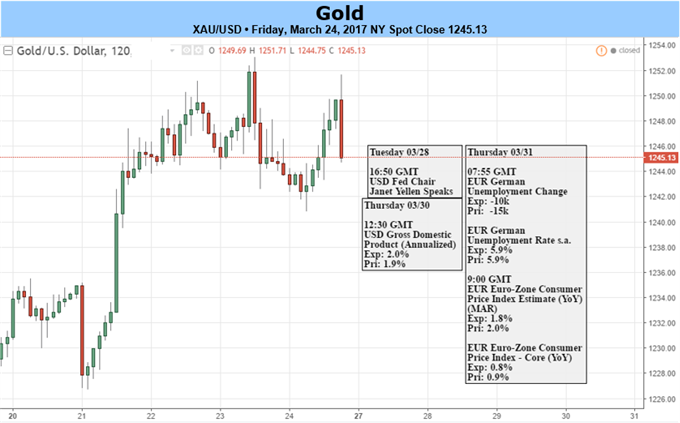 Gold prices are rallied for a second consecutive week with the precious metal up more than 1.56% to trade at 1248 ahead of the New York close on Friday. The advance comes amid continued weakness in the greenback with the DXY down 0.70% this week and leaves gold virtually unchanged for the month of March. The recovery closes the week just below resistance and although the broader picture still targets a new high in gold, the immediate advance is vulnerable into the close of the month while below near-term technical resistance.

Looking ahead to next week, traders will be eyeing the third and final read on U.S. 4Q GDP with consensus estimates calling for an upward revision to 2% from 1.9%. Aside from the economic docket, look for a fresh batch of Fed rhetoric to drive USD / Gold price action with Chicago Fed President Charles Evans, Dallas Fed President Robert Kaplan, Chair Janet Yellen, Fed Governor Jerome Powell and Minneapolis Fed President Neel Kashkari slated for commentary next week. Markets are priced for three hikes in 2017 and for gold, the fuel for a sustained push higher could be sparked by either a shift in the Fed’s tone or a broader turnover in equity markets- (note the SPX posted its largest weekly loss since November this week). 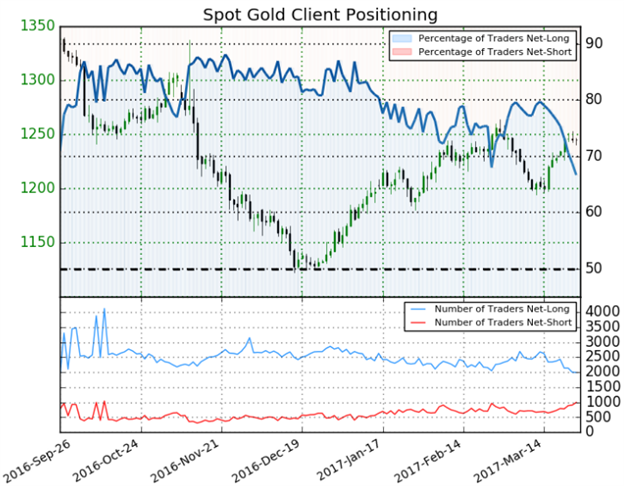 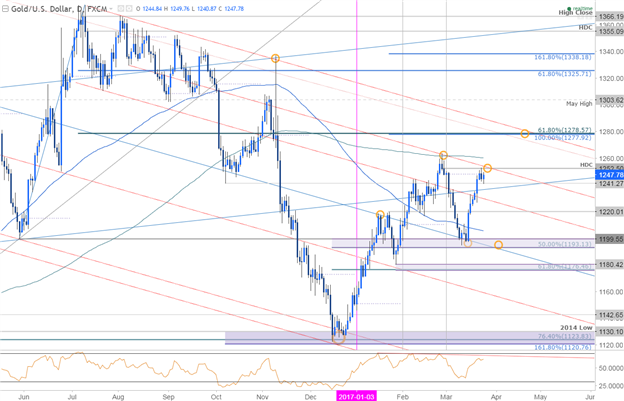 Last week we noted that, “pullback’s should be viewed as opportunities for long-entries while above this week’s low with a breach higher targeting initial resistance objectives at the March open / 2017 high-day close, 1248/52 backed by the 200-day moving average (currently ~1260) & the 1278 key resistance level.” This week’s high registered at 1253 and heading into next week the game-plan remains unchanged.

I’ll be looking for some consolidation below this confluence resistance zone with our broader focus higher while above 1220- broader bullish invalidation rests with the monthly opening range lows / key support confluence at 1193/99. Topside break targets remain unchanged.