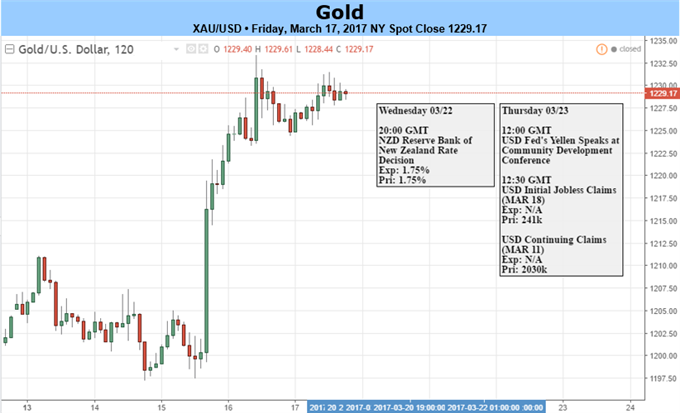 Gold prices are higher this week with the precious metal up more than 2% to trade at 1229 ahead of the New York close on Friday. The rally marks the first weekly advance this month and comes alongside a sharp sell-off in the greenback and while the near-term picture may see prices struggle, the technical implications suggest gold may have turned a corner.

The FOMC raised interest rates by 25 basis points as expected on Wednesday with the accompanying dot plot and updated quarterly projections largely in line with market consensus. The release offered no fuel for the USD which had been close to unchanged on the year as markets drove the dollar back up from thet yearly lows to reprice a slightly more hawkish stance from the Fed.

However with the committee’s outlook broadly re-affirming expectations for three rate hikes this year, the greenback seems to be faltering - for gold prices, a softer dollar and an uptick in the central bank’s Core PCE (Personal Consumption Expenditure) projections were just the trigger needed to fuel a recovery as prices responded to a key support zone noted last week. Looking ahead to next week, event risk simmers down a bit with February Existing Home Sales & Durable Goods Orders highlighting the U.S. economic docket. 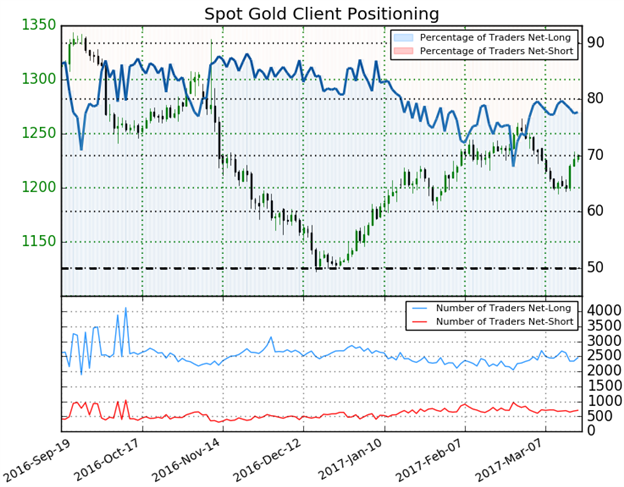 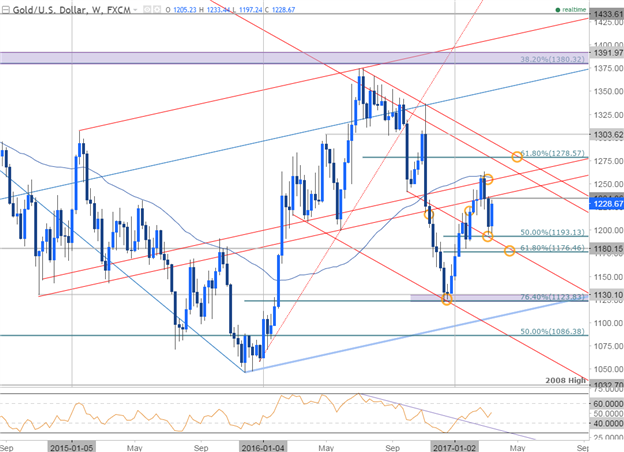 We came into this week looking for a low, noting initial weekly support, “at 1193 backed closely by a more significant confluence region at 1176/80 (61.8% retracement of the December advance and the 2013 low) - This is a key region of support and an area of interest for near-term exhaustion / long-entries. Broader resistance now stands with former slope support which converges on the yearly high-week close at 1234.” Fast-forward a week and prices have posted an inside weekly-reversal with the high registering at 1233.

Bullion has made a simple rebound off downslope support and while I still do like prices higher, we’re likely to see some consolidation here first. Bottom line- a breach above the 1234 is needed to mark resumption of the broader advance off the December lows with such a scenario targeting the 52-week moving average ~1255 & the upper parallel / 61.8% retracement at 1278. 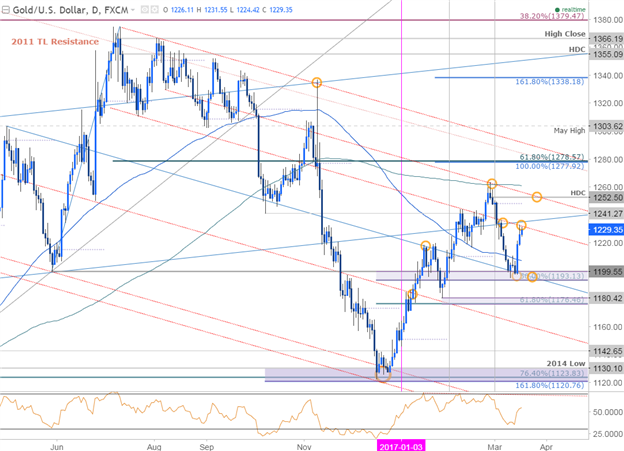 A closer look at the daily chart further highlights near-term structural resistance at the confluence of a pair of longer-term median-lines just higher. Expect some kickback from here but pullback’s should be viewed as opportunities for long-entries while above this week’s low with a breach higher targeting initial resistance objectives at the March open / 2017 high-day close, 1248/52 backed by the 200-day moving average (currently ~1260) & the 1278 key resistance level. Initial support is eyed at 1220 backed by the 100-day moving average at 1208.