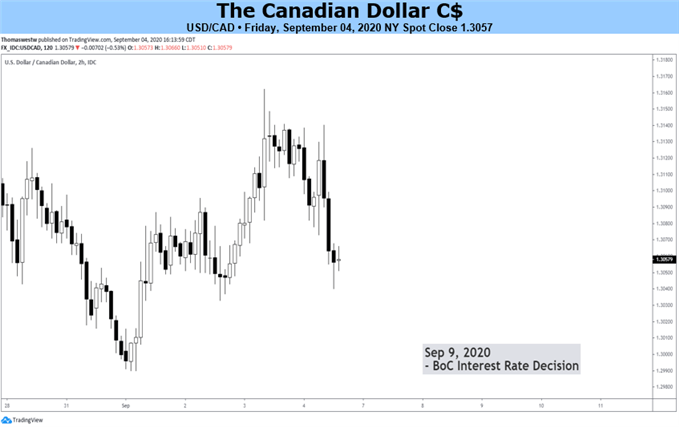 The Canadian Dollar will be closely watching the Bank of Canada rate decision following the latest meeting on July 15. Officials have warned that while the Canadian economy has somewhat reopened, the road to recovery will be long, bumpy and uneven across sectors and regions. The BOC warned that the outlook is highly uncertainty and their normal models cannot account for the unprecedented ambiguity of the situation.

Officials said the road to recovery will require “considerable” monetary policy support, and added that they are prepared to provide additional stimulus as needed. They emphasized that they will maintain accommodative policy until their 2 percent inflation target is sustainably achieved. The operative word here is “sustainable” given that the Covid-19 has crushed consumer and business confidence.

Having said that, the central bank said recent indicators appear to suggest that the economy bottomed out in April. Furthermore, they anticipate a short-burst of “exceptionally strong near-term growth” will follow a gradual reopening of the economy. Having said that, the caveat they insert was this initial flare up of economic activity will be followed by a “slower and bumper recuperation phase”. Their models indicate that:

“The pandemic will have largely run its course by the middle of 2022, because either a vaccine or an effective treatment is widely available by then. Our policy discussions were guided by this scenario, while recognizing the extreme uncertainty around these assumptions” – BOC.

With this in mind, the Bank of Canada will continue with its large scale asset purchase program involving the $5b billion a week purchase of government bonds. With inflation likely to take a long time before sustainably keeping around the 2% inflation target, accommodative monetary conditions are likely to remain present. However, this – at least, since March – has not kept the Canadian Dollar down versus its G10 counterparts. 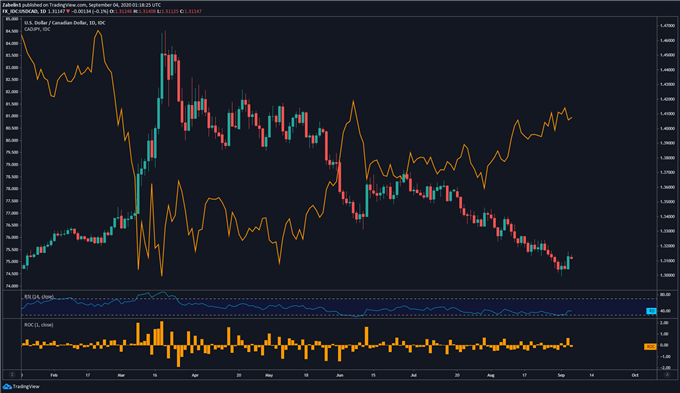 CAD has risen along with other growth-oriented assets on the back of robust risk appetite and unprecedented support from monetary authorities around the world. It has risen with particular veracity versus the haven-linked US Dollar that continues to trade at a two-year low. Having said that, the upcoming rate decision could curb some of CAD’s gains if officials paint a gloomier picture than they did in July.

Initial jobless claims and consumer price index (CPI) data out of the US may rattle markets and push the cycle-sensitive Canadian Dollar lower if the statistics show a worrying trend. Last Thursday, US ISM data showed alarming figures that catalyzed massive selloff in equity markets and commodity-linked currencies like CAD along with NZD and AUD.

The reverberations out of the US affect Canada in particular due to the latter’s strong reliance on the former’s robust economic activity to fuel their exports. As a result, a weakening outlook out of the world’s largest economy may send a chilling message particularly among its immediate neighbors. To learn more, see my core-perimeter trading model here.