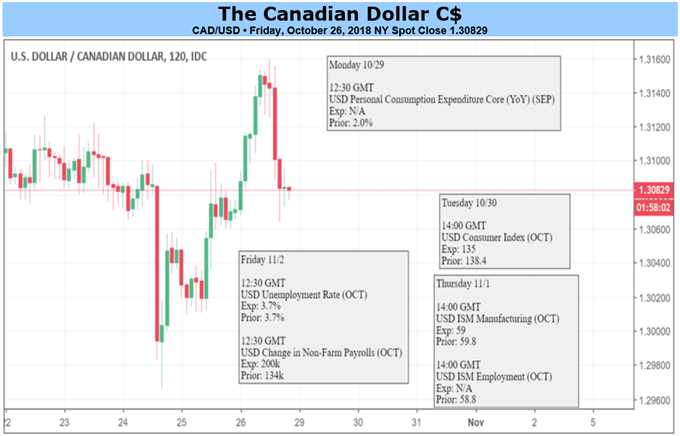 USD/CAD extends the advance from the monthly-low (1.2782) even as the Bank of Canada (BoC) delivers a hawkish rate-hike, and recent price action keeps the topside targets on the radar as the exchange rate threatens the bearish trend from earlier this year. 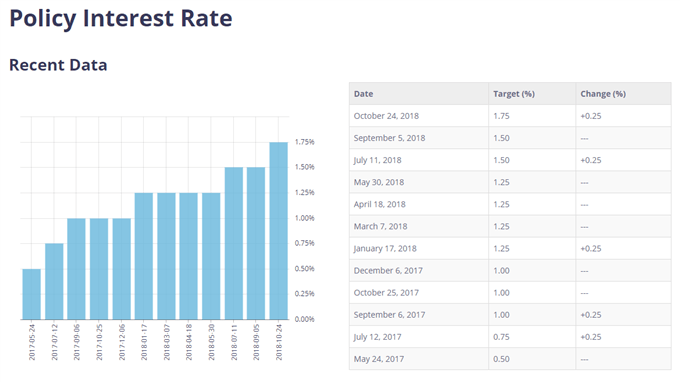 It seems as though the BoC will pick up the pace to normalize monetary policy as the ‘Governing Council agrees that the policy interest rate will need to rise to a neutral stance to achieve the inflation target,’ and Governor Stephen Poloz & Co. may continue to prepare Canadian households and businesses for higher borrowing-costs as ‘the Canadian economy continues to operate close to its potential and the composition of growth is more balanced.’

However, the BoC may endorse a wait-and-see approach going into 2019 as officials pledge to ‘pay close attention to global trade policy developments and their implications for the inflation outlook,’ and little evidence for an imminent rate-hike may continue to prop up USD/CAD especially as the Federal Open Market Committee (FOMC) appears to be on course to deliver another 25bp in December.

Attention now turns to the U.S. Non-Farm Payrolls (NFP) report as employment is projected to increase 190K in October, while Average Hourly Earnings are expected to climb to 3.1% from 2.8% per annum in September, and a batch of positive developments may heighten the appeal of the U.S. dollar as a growing number of Federal Reserve officials show a greater willingness to extend the hiking-cycle. 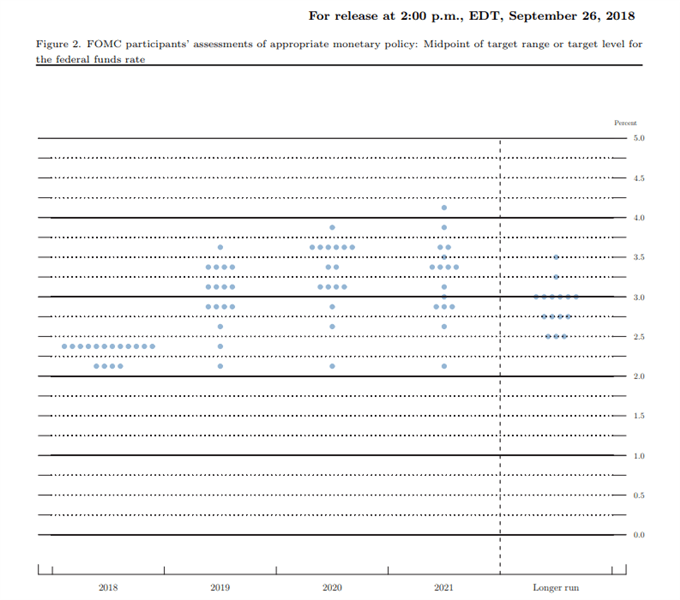 It seems as though the ongoing shift in U.S. trade policy will push Chairman Jerome Powell & Co. to implement above-neutral interest rates as ‘input prices had been bolstered by strong demand or import tariffs,’ and central bank officials may adjust the dot-plot to reflect a steeper trajectory for the federal funds rate as ‘several participants reported that firms in their Districts that were facing higher input prices because of tariffs perceived that they had an increased ability to raise the prices of their products.’

In turn, topside targets remain on the radar for USD/CAD as it appears to be threatening the downward trend carried over from June, with the exchange rate at risk of extending the fresh series of higher highs & lows as the Relative Strength Index (RSI) highlights a similar dynamic. Sign up and join DailyFX Currency Analyst David Song LIVE for an opportunity to discuss key themes & potential trade setups. 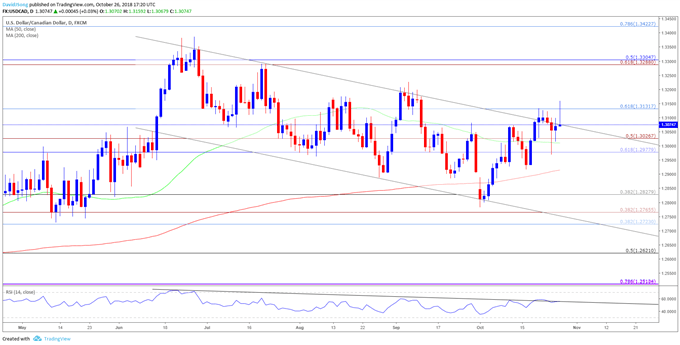 Recent price action keeps the topside targets on the radar for USD/CAD, with the exchange rate at risk of extending the advance from the October-low (1.2782) as both price and the RSI threaten the bearish formations from earlier this year. As a result, a close above the 1.3130 (61.8% retracement) hurdle may spark a run at the September-high (1.3226), with the next region of interest coming in around 1.3290 (61.8% expansion) to 1.3310 (50% retracement).