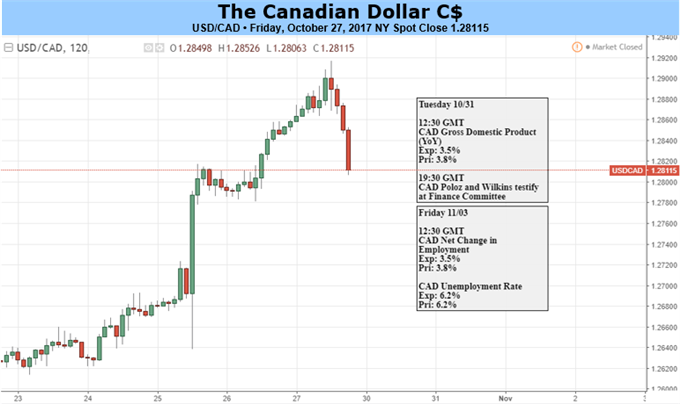 USD/CAD has staged a meaningful rally following the Bank of Canada (BoC) interest rate decision, with the pair at risk of extending the near-term advance as the Federal Open Market Committee (FOMC) appears to be on course to deliver another rate-hike in 2017.

New to Forex? Get Started with the DailyFX Beginners Guide

The details of the October 25 meeting suggest the BoC will carry the current policy into 2018 as ‘growth is expected to moderate to a more sustainable pace in the second half of 2017.’ As a result, Governor Stephen Poloz and Senior Deputy Governor Carolyn Wilkins may continue to tame speculation for higher borrowing-costs as the BoC officials are scheduled to testify in front of both the House of Commons Standing Committee on Finance as well as the Senate Standing Committee on Banking, Trade and Commerce, and another batch of cautious comments may prop up USD/CAD as the central bank now sees inflation hitting the 2% target ‘a little later than anticipated in July because of the recent strength in the Canadian dollar.’ 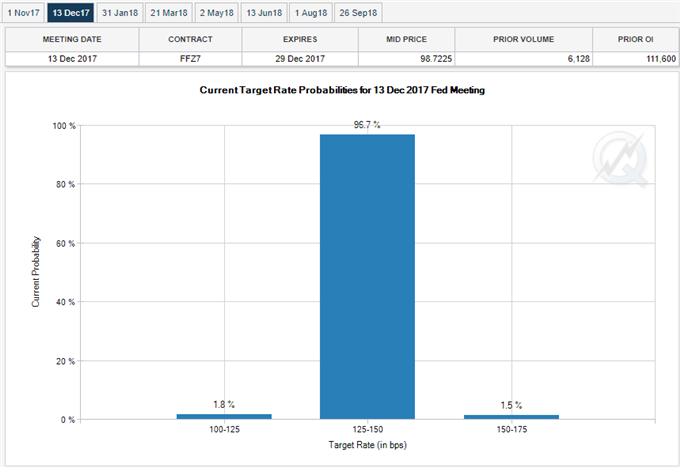 Market participants will also be closely watching the fresh rhetoric coming out of the FOMC even as Chair Janet Yellen and Co. are expected to keep the benchmark interest rate on hold, with Fed Fund Futures highlight a greater than 90% probability for a move in December. Indeed, the Fed may merely utilize the November 1 meeting to prepare U.S. households and businesses for another 25bp rate-hike as the central bank anticipates ‘economic conditions would evolve in a manner that would warrant gradual increases in the federal funds rate.’

However, a growing number of Fed officials may start to project a more shallow path for the benchmark interest rate as ‘many participants expressed concern that the low inflation readings this year might reflect not only transitory factors, but also the influence of developments that could prove more persistent.’ In turn, the FOMC may continue to soften its hawkish tone, with the U.S. dollar at risk of facing headwinds ahead of the upcoming rotation in 2018 especially as Chair Yellen’s tenure is set to expire in February. 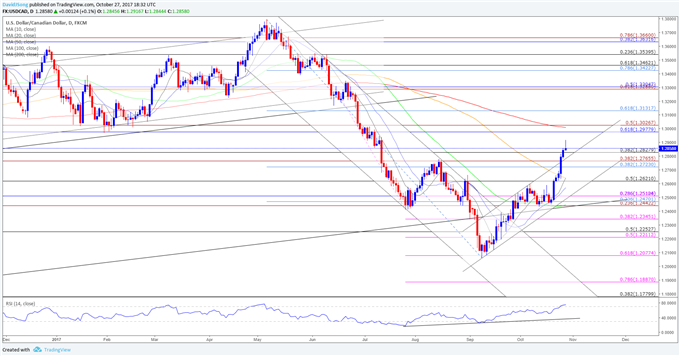 Keep a close eye on the Relative Strength Index (RSI) as it trades above 70 and pushes deeper into overbought territory, with the pickup in the bullish momentum raising the risk for further advance in USD/CAD. Will need to see the oscillator highlight a textbook sell-signal and fall below 70 to foreshadow a near-term pullback in the exchange rate. 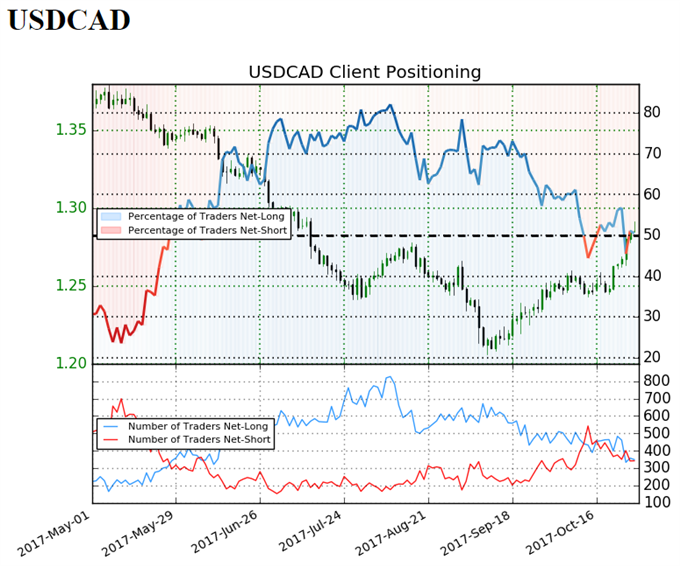