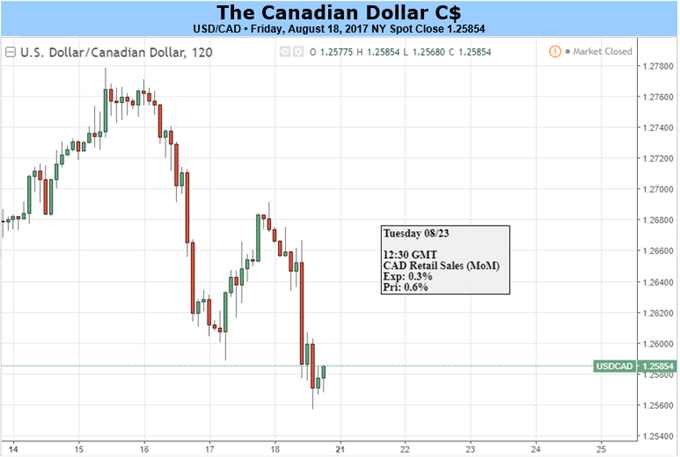 USD/CAD may continue to give back the rebound from the August-low (1.2413) as the Federal Reserve scales back its hawkish outlook for monetary policy, while the Bank of Canada (BoC) appears to be on course to deliver another rate-hike in 2017.

The Federal Open Market Committee (FOMC) Minutes seem to have rattled interest rate expectations as many officials ‘saw some likelihood that inflation might remain below 2 percent for longer than they currently expected, and several indicated that the risks to the inflation outlook could be tilted to the downside.’ In turn, Fed Fund Futures now highlight growing expectations for a hold in December, and the fresh headlines coming out of the Economic Symposium in Jackson Hole, Wyoming may continue to dampen the appeal of the greenback should an increased number of FOMC officials show a greater willingness to carry the current policy into 2018.

However, the U.S. dollar may face a more bullish fate as ‘the Committee expects to begin implementing its balance sheet normalization program relatively soon,’ and talks of unwinding the quantitative easing (QE) program at the September meeting may generate a near-term rebound in USD/CAD as the BoC is expected to retain the current policy during the same period.

Governor Stephen Poloz and Co. may stick to the current stance on September 6 after raising the benchmark interest rate for the first time since 2010, but the pickup in Canada’s Consumer Price Index (CPI) may encourage the central bank to prepare households and businesses for higher borrowing-costs as ‘the factors behind soft inflation appear to be mostly temporary.’ In turn, the BoC may continue to change its tune over the coming months, and the key developments coming out of the Canadian economy may fuel the shift in USD/CAD behavior as ‘the output gap is now projected to close around the end of 2017, earlier than the Bank anticipated in its April Monetary Policy Report (MPR).’ 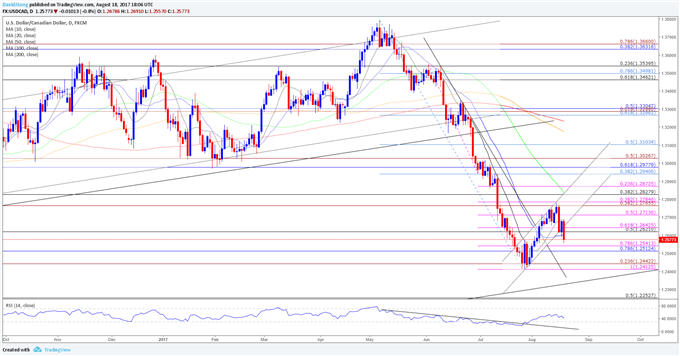 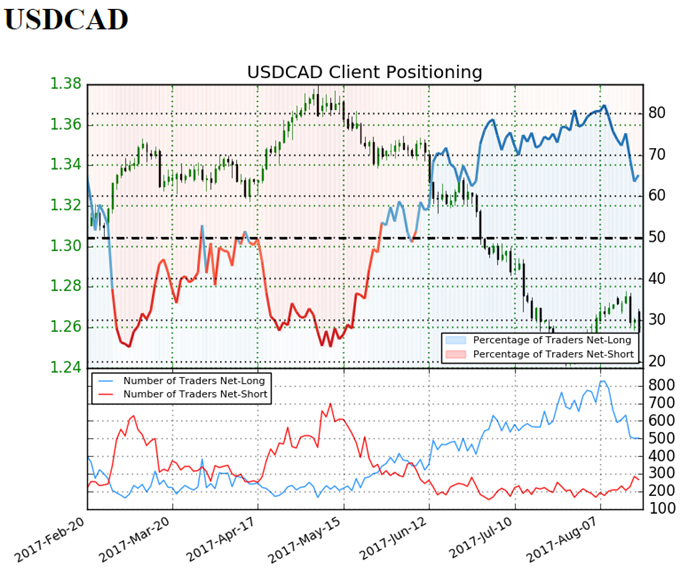