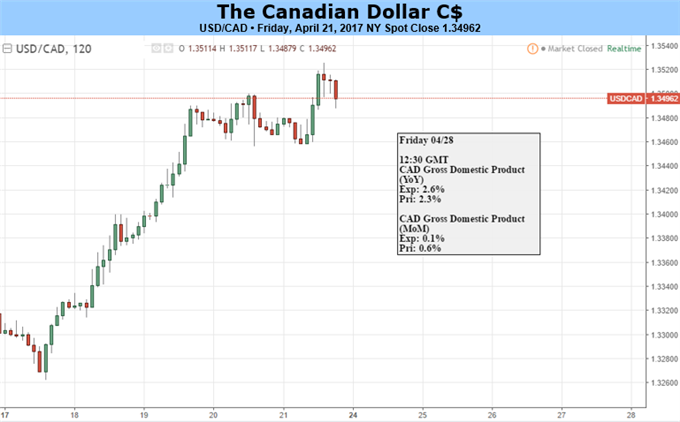 The Canadian dollar looks likely to test its recent low against the USD, opening the way for further falls. Price action this week had been driven by a slightly weaker oil complex, pushing the Loonie lower, along with ongoing trade wrangles with the US.

In a recent trip to Wisconsin, US President Donald Trump promised to defend the US dairy industry against what he called Canada’s protectionist trade policies. President Trump added that it is another example of a one-sided deal against the US and that “it’s not going to be happening for long.”

The news is not all negative for the Canadian Dollar with the latest Bank of Canada policy meeting (April 12) producing a slightly hawkish tone. Bank of Canada senior deputy governor Carolyn Wilkins said in her opening statement that “many of the economic data that we have seen since our last MPR have been stronger than expected,” adding that “is certainly a welcome change.” Canada’s economy is expected to grow by 2.5% this year and just below 2% in 2018 and 2019.

On the charts, the March 9, USDCAD high looms large, with a break higher leaving room for the pair to move gains made in early 2016.