The Canadian Dollar Puts BoC Against Traders, Who Will Win? 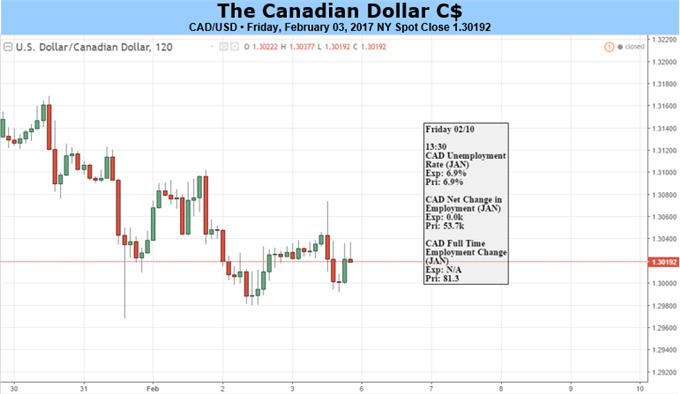 Despite a 227,000 increase in U.S. jobs, the Canadian Dollar remained stronger against the US Dollar during a week that front-loaded Canadian economic data. The climate continues to be ripe for Canadian Dollar appreciation despite Stephen Poloz’s speech that seemed to over-mention the “uncertainty” in the current environment.

However, despite the “uncertainty,” the CAD has continued to gain against the US Dollar and may continue to do so as the energy market appears stable and possibly poised for further upside.

Much of the “uncertainty,” that Poloz mentioned 12 times in a speech earlier last week was due to the anticipation of a new NAFTA at the renegotiation request under President Trump. While there is a potential gain for Canada in renegotiation, Canada is the second-largest trading partner to the US. Canada currently runs a top five deficit with the U.S. President Trump has discussed using deficits with trade partners to muscle his way into better trade terms, which is the platform he campaigned on and his first weeks in office seem to show him intent on keeping those promises.

The two significant pieces of economic data next week come on Wednesday's Housing Starts, which is expected to show 207k starts, and could surprise as recent data showed Toronto homes showing a supply shortage that is keeping prices elevated. Next week will close with Canadian Unemployment figures, which showed a 46.1k addition in December, and a reading of +53.7k is anticipated for January payroll growth according to Bloomberg. One of the more exciting components has been the shift toward full-time employment and simultaneous drop in part-time employment, which is a fundamental factor in longer-term economic growth.