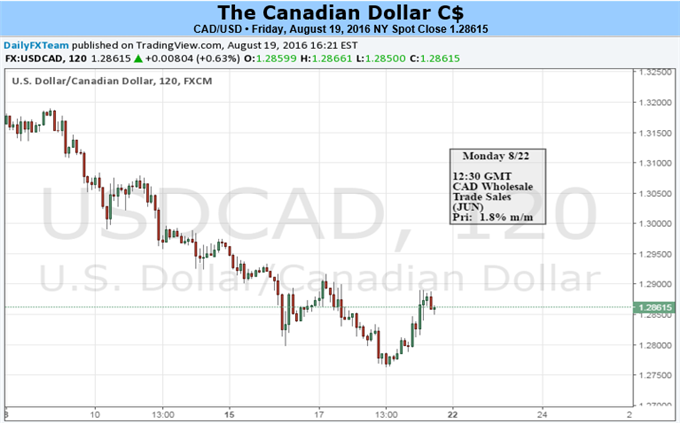 The speed-bump came at the hands of an unsatisfactory inflation and retail sales. Retail sales for June dropped to -0.1% v 0.5% expected. Annual inflation also underwhelmed, but by a smaller margin of 1.3% in July vs. 1.4% expectations. Earlier in the week, Existing Home Sales also showed a discouraging -1.3% in July following a prior decline of -0.9%

Last week’s data compounded a string of weak data, which is evidenced by the sharp drop in the Citi Economic Surprise Index for the Canadian Economy. The Surprise Index has fallen from 78.50 in late April to -42.60 as of this morning’s data miss. The index rises or falls depending on whether economic prints beat or underperform economists’ expectations respectively.

As encouraging as the August Bull Market in Oil has been, the non-Oil sector has been very weak and the current price of Oil at less than $50/bbl is still providing negative margins for many E&P firms in Canada. Unfortunately, if we begin to hear from the Bank of Canada about potential easing, we could quickly see the gains of the Canadian Dollar dissipate in a hurry.

Oil has had a really good month. At the close of trading on Thursday, Oil was up ~22% from the August low of $39.17/bbl. Two components that helped the price of Oil accelerate higher last week was a weak US Dollar after FOMC Minutes confirmed there was discord among the Federal Reserve about raising rates that will likely continue. In addition to the weakening US Dollar, Wednesday’s EIA numbers showed a ~3.5Mln barrel surprise for Crude Oil Bulls.

The expectation ahead of the data was for U.S. Aggregate Crude Oil Inventories was for a build of ~+950k, and the actual print was a draw of ~2,500k barrels. A weak US Dollar and strong demand from the inventory data does seem to provide further support for WTI Crude Oil.

Traders will have to wait awhile to get a large data print that has the potential to turn the tide against economic disappointments. Next week’s data points are left to Wholesale Trade Sales on Monday, and that is expected to decline from the prior reading of 1.8% to expectations of 0.1%.

The data point next week that will have everyone’s attention is a speech. This Friday, Fed Chairwoman Janet Yellen will speak at Jackson Hole Policy Symposium, and many are on high-alert for the mention of the falling ‘Neutral Rate’ that could keep the Fed from hiking as much as many hoped.

Sentiment Analysis Shows CAD Bulls May Be On To Something 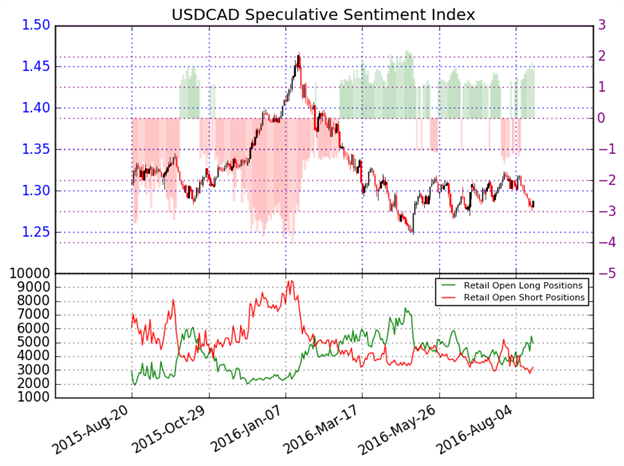 The chart above can help you see how sentiment shows turns in the market as well as acceleration points. When looking at sentiment,crowd sentiment has moved positiveproviding favor for more downside.

We use our SSI as a contrarian indicator to price action, and the fact that the majority of traders are long gives a signal that the USDCAD may continue lower. The trading crowd has grown less net-long from yesterday but further long since last week. The combination of current sentiment and recent changes gives a further mixed trading bias.