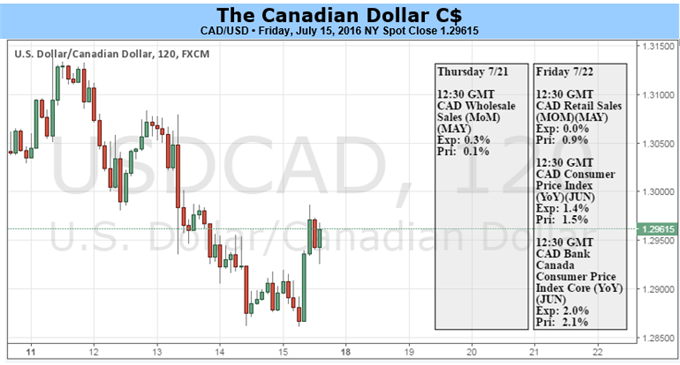 USD/CAD may continue to give back the advance carried over from the previous month as the Bank of Canada (BoC) softens its dovish outlook for monetary policy, but the fresh data prints coming out of the region may dampen the appeal of the loonie as the central bank warns ‘the output gap will close somewhat later than estimated in April, towards the end of 2017.’

Even though the BoC sees ‘above-potential growth from the second half of 2016, lifted by rising US demand and supported by accommodative monetary and financial conditions,’ a slowdown in Canada Retail Sales accompanied by a downtick in the Core Consumer Price Index (CPI) may produce near-term headwinds for the Canadian dollar as it puts pressure on the central bank to further support the real economy. The ongoing adjustment to the oil-price shock accompanied by the weakening outlook for global growth may push BoC Governor Stephen Poloz to preserve a cautious tone at the next interest-rate decision on September 7, but the central bank may have little choice but to gradually move away from its easing cycle should price growth continue to exceed expectations.

Indeed, the BoC argued ‘inflation has recently been a little higher than anticipated, largely due to higher consumer energy prices,’ and a stronger-than-expected CPI report may spur a further shift in the monetary policy outlook especially as the central bank anticipates a ‘pickup in growth over the projection horizon.’ With that said, Governor Poloz may adopt a hawkish tone over the coming months should the key data prints coming out of the Canadian economy boost the outlook for growth and inflation. 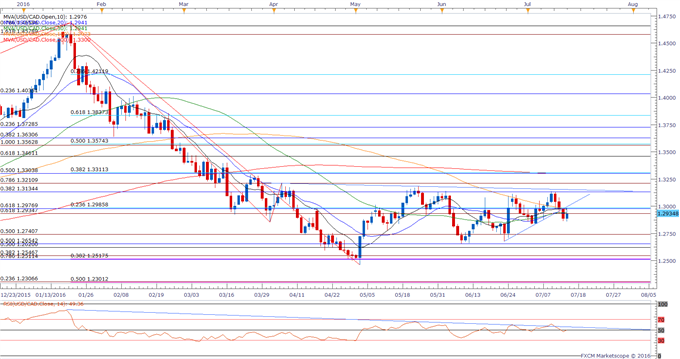