The risk-sensitive Australian Dollar may continue to lose ground against its haven-associated counterparts in the week ahead despite the prospect of robust Chinese first-quarter GDP figures, as the Reserve Bank of Australia’s semi-annual Financial Stability Review reveals growing risks to the local economy.

The central bank warned that risky behaviour from overly-optimistic investors could drive asset prices above their fundamental values and cause debt levels to build, exposing these assets to a large correction that “would expose lenders to large losses on the increased debt, particularly if the quality of that debt had been eroded”.

However, the RBA downplayed the recent rise in housing prices as a threat to financial stability, as it had not been accompanied by a notable build up in debt. House prices surged by the largest amount since 1988, – on a monthly basis – in March, as record low interest rates and cheap mortgages continues to fuel demand. 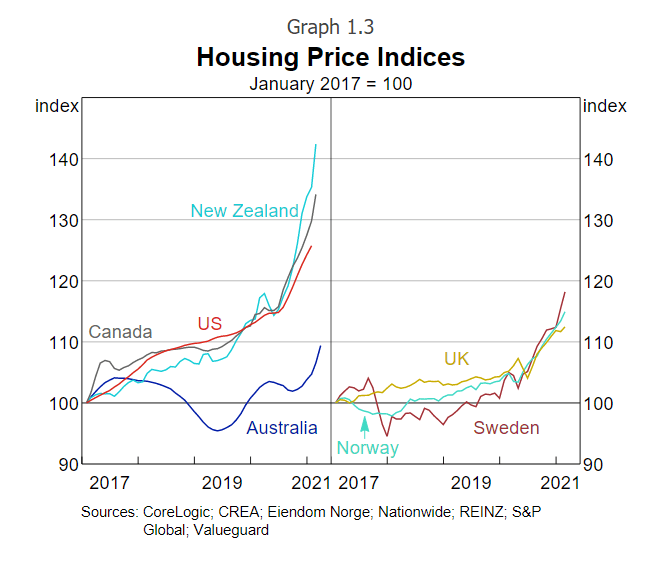 This commentary suggests that the central bank will retain its dovish monetary policy stance for the foreseeable future. Indeed, Governor Phillip Lowe has stated that the bank may roll over the November 2024 bond from the April 2024 bond for its YCC target in the coming months, and reiterated that “the bank is prepared to undertake further bond purchases if doing so would assist with progress towards the goals of full employment and inflation”.

Compounding the downside pressure on the local currency is the cumbersome rollout of coronavirus vaccines to the public, with only 1.07 million doses administered as of April 7. This is far short of the four million doses projected to have been delivered by now, and the rate of inoculations is unlikely to pick up given the recent warnings regarding AstraZeneca’s shot.

Prime Minister Scott Morrison stated that the AZ vaccine would no longer be recommended for under-50’s due to possible links to a rare blood clotting disorder, all but ruling out the possibility that all Australians will have received their first shot by October.

Looking ahead, upcoming jobs numbers for March and robust Chinese economic data may limit AUD’s potential downside. The local jobless rate is expected to fall 0.1% in March to 5.8% however, this is unlikely to have a notable impact on the RBA’s outlook moving forward considering the JobKeeper program expired at the tail-end of last month. Treasury forecasts the cessation of this program could ultimately lead to the loss of over 150,000 jobs and see the unemployment rate climb to 7%.

Signs of economic strength out of China may help to stem the Aussie’s slide lower, with Australia’s largest trading partner’s economy expected to expand by double digits in the first quarter. Nevertheless, deteriorating fundamentals locally may continue to discount AUD against its lower-beta counterparts in the near term.