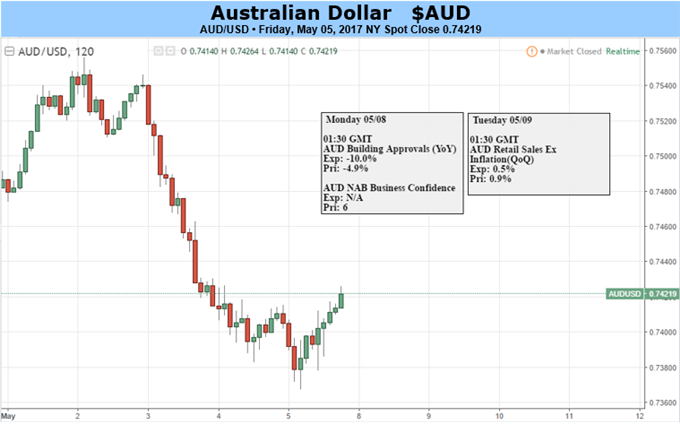 Gauge traders’ view on the Australian Dollar and other major Asia/Pacific currencies here.

The Australian Dollar is stuck in a downtrend and on one level at least it’s quite difficult to see why.

After all, it’s just emerged from a week in which the domestic numberswere pretty good across the economic board. Timely indexes covering manufacturing, services and construction all attested to health.

What’s more its central bank may not have completely ruled out lower interest rates (what central bank ever does?), but it has certainly struck a pose which makes them extremely unlikely. Reserve Bank of Australia Governor Philip Lowe reminded markets that current, record-low rates won’t be around forever.

And the RBA’s monetary policy statement said that recent economic data had provided it with some “assurance about the domestic outlook.” A central bank prepared to declare itself “assured” is a rare beast indeed.

So why is the Aussie struggling? Well, of course interest-rate differentials don’t help. Markets may be all-but convinced that the next move in Aussie rates will be a rise. But they’re just as certain that it won’t be soon, certainly not this year, maybe not until well into next.

With the US Federal Reserve still happy to suggest that two more US hikes are coming this year, that puts the direction of travel clearly in the greenback’s favor. Then there are commodity prices. These are crucial for the Australian export economy. They too are headed the wrong way for Aussie bulls.

Crude oil prices are beset by worries that little is likely to stem the markets’ lingering supply glut. Indeed, it may get worse. Iron-ore prices are under extreme pressure as investors start to fret that the Chinese economy may be in for at least a relatively soft patch. Iron ore is Australia’s biggest commodity export.

All of the above makes for a rather gloomy Aussie backdrop, despite its home economy’s bright spots. That backdrop seems unlikely to lift this week, so a bearish call it must be.

As for risks, well, there is a preponderance of Chinese economic data coming up. That may lift the mood a little if it manages to top forecasts. We will also get a look at Australian retail sales, building-approval levels and consumer confidence. Be aware however that domestic data seem unable to sway the Aussie Dollar very far at present unless they smash consensus either way. 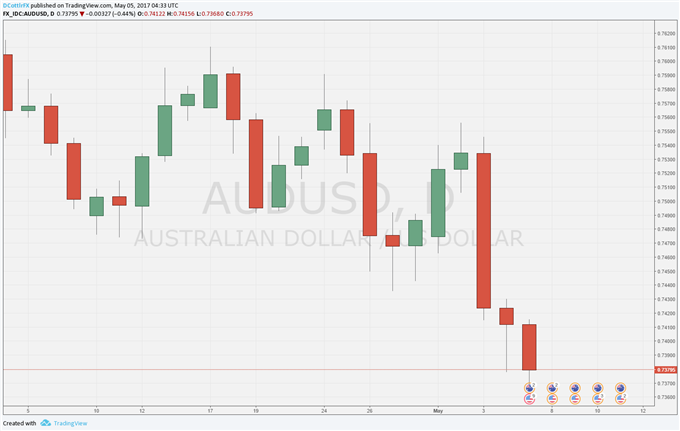