The US Dollar’s descent moderated last week as traders shifted back into risk assets, ditching the safety of the world’s reserve currency. Still, measured by the DXY Index, the Greenback remains well above levels traded at just a couple of months ago. A pullback in recession fears appeared to be the main driver of weakness. Given the precarious global economic backdrop, those fears may resurface without warning. That said, the risk-taking seen last week is on shaky ground. Where does that leave the Greenback?

Markets are weighing the implications of a still aggressive Fed rate hike path, a course of action that may derail economic growth. The Federal Reserve maintains confidence in its ability to navigate a “soft landing,” although, given the central bank’s big miss in forecasting inflation, confidence isn’t all too high among investors. Treasury Secretary Janet Yellen missed the mark as well on prices. Ms. Yellen capitulated over her previous remarks around inflation, saying “I think I was wrong . . . .”

A premature pause to the Fed’s rate hike cycle, should those pressures ease sooner-than-expected, would open the door to a complete loss of confidence if prices subsequently rose. Alternatively, the central bank continues hiking and risks triggering a recession. Mr. Powell has perhaps walked his renowned institution into a Kobayashi Maru. For this reason, next week’s US inflation data, via the consumer price index (CPI), may fail to cool Fed rate hike bets even if a weaker-than-expected print crosses the wires, which would help support the Greenback. As of Friday, analysts see the core CPI component, which excludes volatile energy and food prices, crossing the wires at 5.9% y/y, according to a Bloomberg survey.

A better-than-expected jobs report out of the United States showed the labor market remains healthy, but forward expectations among economists have waned in recent months. The jobs market has room to allow some slack, however, given the 3.6% unemployment rate. For now, taming inflation is the Fed’s primary fight—and Mr. Powell is unlikely to ease up on that battle, at least not until price pressures appear sufficiently tempered. Moreover, the DXY index is weighted heavily against the Euro, a currency that has a bleak outlook—its fundamentals marred by the war to the European bloc’s east. Altogether, this leaves the US Dollar primed to sustain high levels. Further weakness is likely to be bought up. 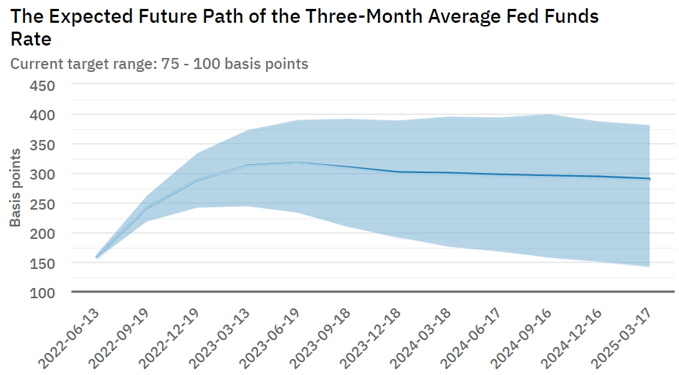