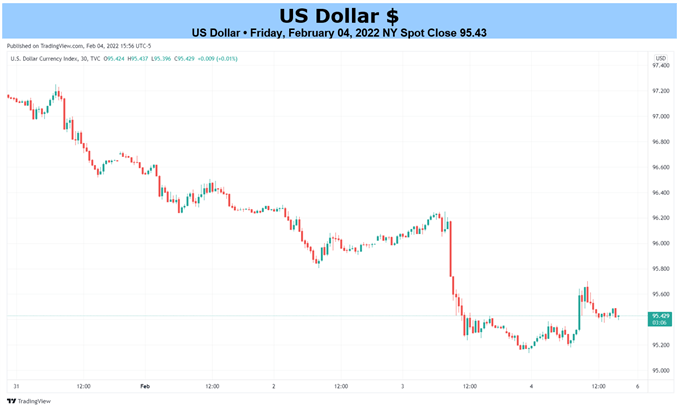 The US Dollar Index (DXY) bounces back from a fresh monthly low (95.14) following the 467K rise in Non-Farm Payrolls (NFP), and the update to the Consumer Price Index (CPI) may fuel the recent rebound in the Greenback as the gauge for inflation is expected to increase for the fifth consecutive month.

The US Dollar Index (DXY) attempts to halt a five-day selloff as the NFP report shows a further improvement in the labor market, and the development may put pressure on the Federal Reserve to normalize monetary policy sooner rather than later amid the ongoing rise in inflation.

As a result, the update to the CPI may fuel the recent rebound in the US Dollar as the headline reading is expected to increase to 7.3% from 7.0% per annum in December, which would mark the highest reading since 1982, and evidence of faster inflation may push the Federal Open Market Committee (FOMC) to further adjust the forward guidance for monetary policy as the central bank is slated to release the updated Summary of Economic Projections (SEP) at its next interest rate decision on March 16. 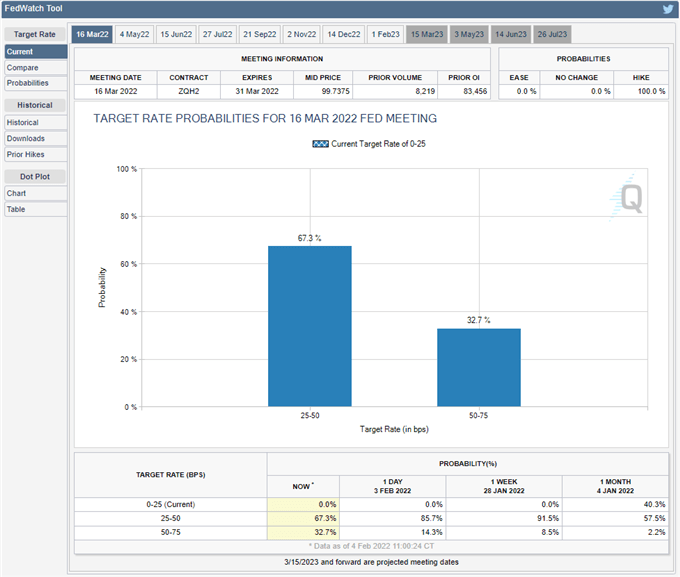 In turn, the decline from the January high (97.44) may turn out to be a correction in the broader trend as the CME FedWatch Tool continues to reflect a 100% probability for at least a 25bp rate hike in March, and it remains to be seen if Chairman Jerome Powell and Co. will forecast a steeper path for the Fed Funds rate as the central bank lays out a more detailed exit strategy.

With that said, the US Dollar Index (DXY) may track the January range over the coming days as it bounces back from a fresh monthly low (95.14), and another uptick in the US CPI may fuel the recent rebound in the Greenback as market participants brace for an imminent change in regime.