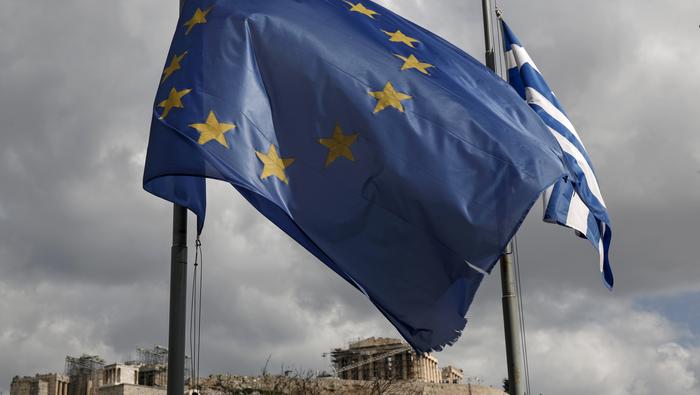 This coming Thursday the ECB will leave all its monetary policy settings unchanged. However, its latest policy announcement, and the following news conference by President Lagarde, will be far from routine. Speaking to Bloomberg TV last Sunday, she told investors to prepare for new guidance on monetary stimulus and signaled that fresh measures might be brought in next year to support the Eurozone economy after the current emergency bond program ends.

Speaking just after the ECB raised its inflation goal to 2% and acknowledged it may overshoot the target, Lagarde said the July 22 Governing Council session will have “some interesting variations and changes.”It’s going to be an important meeting, she added, and “given the persistence that we need to demonstrate to deliver on our commitment, forward guidance will certainly be revisited.”

Unsurprisingly, this was followed by two days of EUR/USD losses and, after a brief respite Wednesday, there were more losses Thursday after ECB policymaker Ignazio Visco told the same TV station that the ECB should keep monetary policy ultra-easy to support the economic recovery in the Eurozone and insulate its financial markets from higher interest rates in the US.

It therefore seems certain that the ECB will review its policy this week to align it with its new strategy of allowing inflation torise above 2% for some time when interest rates are low. With price growth seen well below that level for years to come, Visco said the ECB had to keep borrowing costs low despite some temporary rebounds in inflation.

The key question remains: has this all been priced in to the EUR/USD exchange rate already? The ECB, along with the Swiss and Japanese central banks, was already seen as one of the most dovish of the major central banks but EUR/USD is still well above its 1.1704 low for the year recorded on March 31 and it would be no surprise if it dropped back to that level soon. 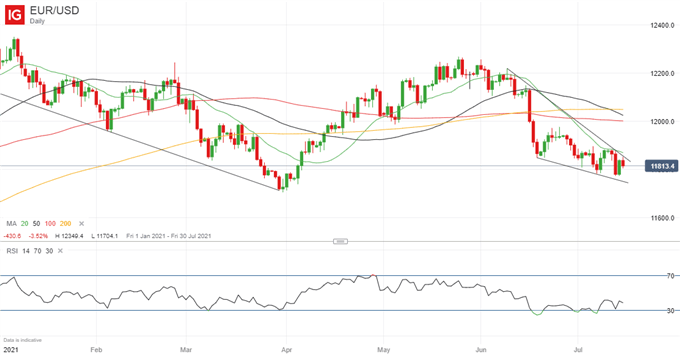 Once the ECB meeting is over, EUR/USD traders will still need to be on the lookout for some important data points. First up will be Eurozone consumer confidence data the same day, but more important will be “flash” purchasing managers’ indexes for the Eurozone and its member states in July. As ever, above-forecast readings will be positive for EUR/USD and below-forecast readings will be negative.