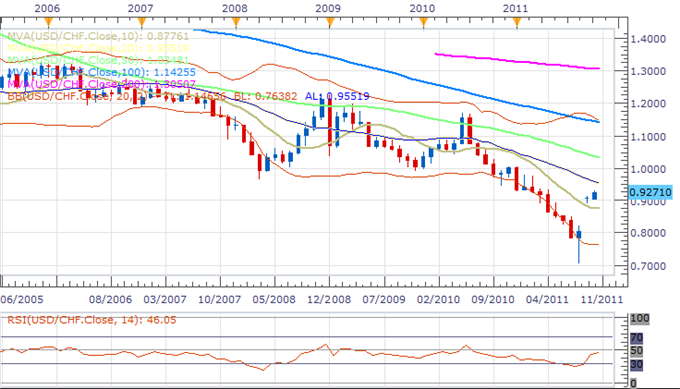 We have seen a very impressive recovery out from the record lows just shy of 0.7000 over the past several weeks, with the price racing back towards critical psychological barriers at parity. While inter-day studies are looking a little stretched and warranting some corrective selling to allow for some necessary consolidation, we continue to project considerable upside over the medium and longer-term. Look for a break above 0.9500 to accelerate gains towards and through parity from where the next objective will come in by 1.1000. Any setbacks are expected to be well supported above 0.8500. 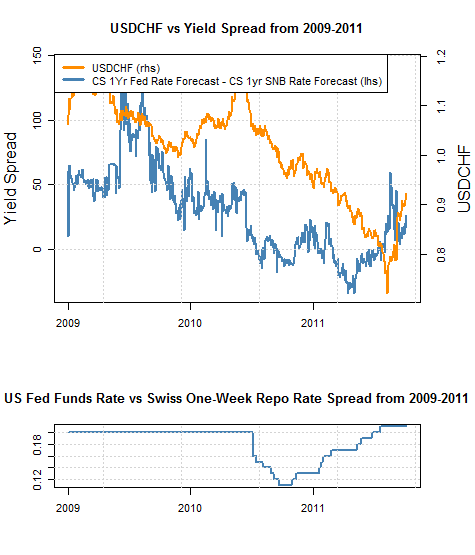 Given stagnant interest rate expectations in both the US and Switzerland, we suspect yields will play no real role in USDCHF price action. Traders should instead trade the USDCHF as a pure play on US Dollar strength or weakness.

The substantial USDCHF rally off of the lows shows signs of trend exhaustion, and we hesitate to go long the USDCHF in what could be a bearish month of October for the US currency. 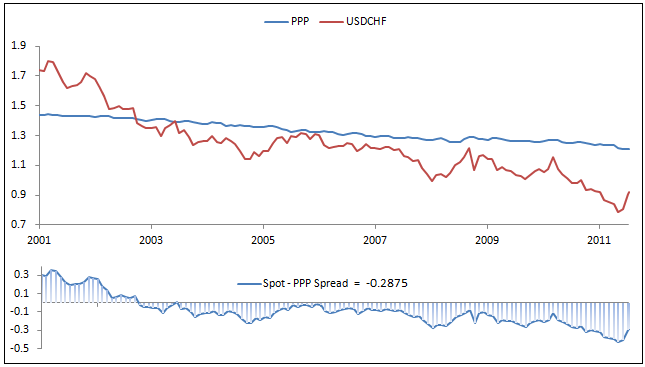 The SNB’s announcement of a floor on EURCHF weighed heavily on the Franc across its leading pairings, eroding the currency’s appeal as the safe haven. Indeed, one of the two central aspects of a good safety asset is its ability to be a store of value (the other being liquidity), which the Franc fit in spades with Switzerland’s low inflation rate. Needless to say, the SNB action went a long way toward undoing that appeal, opening the door for USDCHF to move higher as capital migrated to the only haven alternative left it the FX space (considering the Yen likewise suffers from an intervention threat). More of the same appears likely going forward.