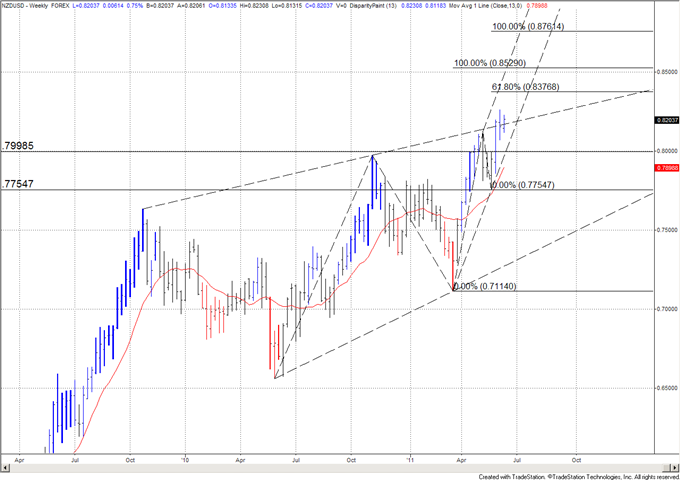 Last week’s long legged candle warns of at least some consolidation or corrective weakness over the next few weeks. That said, the uptrend is intact as long as price is within the steep channel defined by the lows made this year. 8000 is support (former resistance) and upside objectives (which may not be met until later this year) are defined by Fibonacci objectives at 8377, 8529, and 8761. 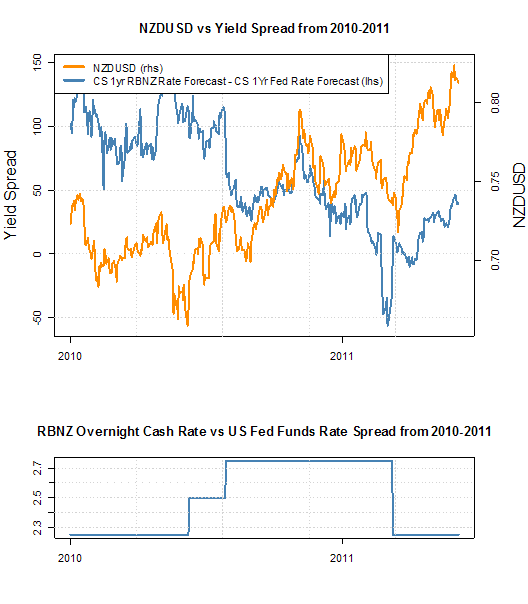 A noteworthy improvement in Reserve Bank of New Zealand interest rate forecasts has coincided with a fairly sharp New Zealand Dollar recovery. Indeed, the NZD trades at fresh post-float highs, and relative yield expectations have likely played a part. Yet neutral commentary from RBNZ Governor Alan Bollard could put a damper on such forecasts—especially as the New Zealand Dollar itself could represent an impediment to continued economic recovery out of the small island nation.

Despite the New Zealand Dollar’s robust yield advantage over its US namesake, we view continued yield-driven strength as relatively less likely. NZDUSD gains will likely need to come from commodity price gains and/or broader US Dollar weakness. 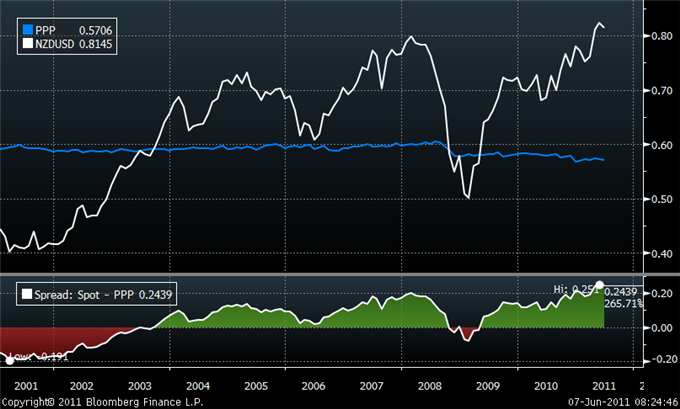 As with its Australian counterpart, the Kiwi remains highly overvalued and seems to be equally likely to succumb to a correction lower as US yields rise after the expiry of QE2 against a backdrop of standstill in RBNZ monetary policy through the end of the year. Selling may be compounded if the 50bps rate cut issued in March proves to be the start of something more rather than just a one-off action (as it was billed at the time), a distinct possibility as the island nation continues to grapple with the fallout from the earthquake that shook Christchurch in late February. Still, as with all of the anti-USD pairings, entering bets on a rebound in the greenback now seems premature until the degree to which US borrowing costs are likely to advance through the second half of the year can be meaningfully ascertained.

We always want to hear your feedback on DailyFX articles. Want more content like this? Less? What do you want to see? Send e-mails to drodriguez@dailyfx.com, ispivak@dailyfx.comand jsaettele@dailyfx.com